A US envoy, not immigration, should be Irish America’s priority

Need for US Envoy in North is of far greater importance than impossible immigration bill. 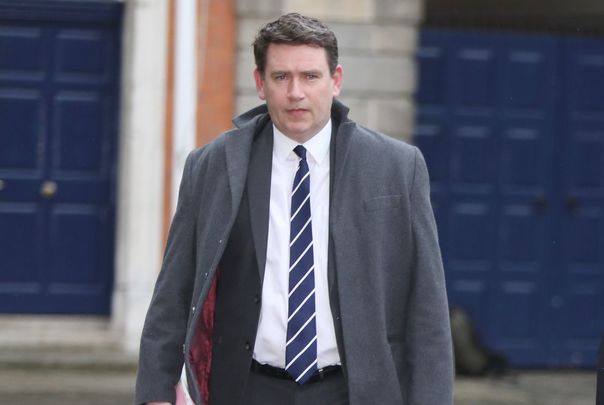 NOTE: This article has been updated to reflect the fact that the AOH previously endorsed Bruce Morrison for US Envoy to Northern Ireland.

The issue of US immigration reform is deader than a dodo for the foreseeable future. I say that with all due respect to the Ancient Order of Hibernians and their congressional lobbyist, former Irish TD John Deasy.

John Deasy let fly at the Irish government last week on their alleged lack of effort on immigration reform an issue on which there is zero chance of passage.

Meanwhile, on Brexit,  the Democratic Unionist Party (DUP) has taken unilateral steps halting food checks on goods from Britain and claiming they have the legal right. The British government appear to facilitate them in a very dangerous strategy

It is a great shame to see there is no US Envoy to broach this Brexit matter with the DUP and the British government, though US President Joe Biden's administration is allegedly the most Irish ever.

While Brexit reaches its boiling point, Deasy wants to push the immigration issue even though there is no hope whatever of success.

Deasy launched a curious attack on the Irish government last week, stating the government isn’t doing enough on the issue and that they needed to redouble their efforts.

The cold facts are that in the current political climate with Donald Trump and his minions beating the anti-immigration drum, there is far more likely to be an effort to restrict immigration rather than expand it.

That is how it goes in America. Issues such as immigration have their up and down cycles, but I would respectfully suggest we are in the deepest trough right now since the Second World War.

As the Founder of the Irish Lobby for Immigration Reform (ILIR), in 2005, I know first hand the heartbreak and dire straits of people who are left undocumented in the United States.

ILIR brought thousands down to Washington, D.C. seeking to play our role in getting immigration reform proposed by Senators Edward Kennedy and John McCain passed.  We linked up with Hispanic, Asian and other groups seeking the same goal and it looked promising.

President George W. Bush was on board. At our rallies, we attracted a dozen or so US senators, including Hillary Clinton, Kennedy and McCain (who we hosted in The Bronx with 2,000 Irish presents) as well as Republican senators Sam Brownback of Kansas and Richard Lugar of Indiana. 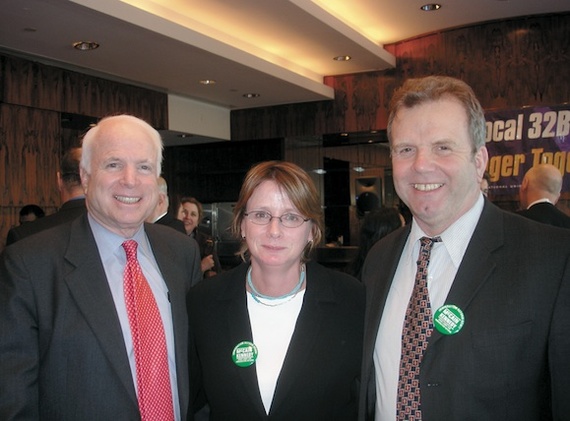 I have a very clear memory of sitting with then-Congressman Mike Pence in his office as he talked incessantly about the influence of his Irish-born grandfather on him and his belief in immigration reform.

Of course, nothing happened and it was shattering. Things have only gotten worse since.

Following that situation ILIR came up with the E-3 visa, the first mention of which appeared in this newspaper, researched by Senior Editor Debbie McGoldrick.

It would have transferred thousands of unused visas a year from an E-3 work visa program offered to and accepted by Australia as part of a free trade agreement with the US.

The Australians eventually signed off on sharing their visas with the Irish, and Deasy among others played a major role in once again getting the issue to the brink of passage.

But once again we were thwarted, this time by an anti-Irish Anglophile Senator Tom Cotton of Arkansas who was the only hold out on unanimous consent to pass the legislation.

With that progress stopped dead we shifted into reverse with the 2017 coming of Trump and his anti-immigrant rhetoric (remember all those Mexican rapists ready to destroy our lily-white American women, that was his kickoff speech for his campaign?)

The opposition has only hardened since, which makes the AOH and Deasy’s challenge to the Irish government seem utterly out of kilter and based on no facts.

My opinion is that the priority for the Irish government right now should be the appointment of a US Special Envoy to Ireland to get involved on a daily basis in the attempts to wreck the Good Friday Agreement.  I have supported former Congressman Bruce Morrison, an old and expert Irish hand, as an ideal candidate.  The AOH,  fortunately,  has already endorsed him.

This week Liz Truss, the new British government Brexit minister, is meeting all parties in Ireland. I sure wish we had an American envoy who was doing the same and creating a balance in the negotiations, making it clear that like every other president, Joe Biden had his own personal envoy in the talks.

I fail to see why Biden has not appointed someone by now. Yes, National Security Advisor Jake Sullivan is an old Irish hand but he has his plate full with a possible war with Russia over Ukraine and other matters.

The lack of an envoy is a strange omission by the Biden team.  Even Trump did the right thing when appointing former South Carolina Congressman Mick Mulvaney as his man, and he did a fine job.

The second priority is building up the Irish bench in both houses of Congress. The days of the big dogs - Edward Kennedy, Chris Dodd and soon Pat Leahy - are gone.

Congressman Richie Neal, Chairman of the House Ways and Means Committee, has done a magnificent job for Ireland but would be first to admit we need a new bench to follow on.

There is Congressman Brendan Boyle of course, a dedicated supporter on Irish issues, but there is a sustained need for the AOH, Irish government and every other Irish group to reach out and identify those who could be partial to working on Irish issues.  It has been physically difficult to meet or host people during Covid, but that seems, at last, to be ebbing.

That kind of outreach from the Irish American community is what initially brought us President Bill Clinton for instance, first approached by this writer when he was an obscure governor in Arkansas.

Likewise, Morrison was recruited by an active Irish community in Connecticut.

Those issues, an envoy and key politicians, should be the priority at this time, especially with Brexit and the reality of deep disruption to the peace process because of the rise of militant English nationalism.

Alas, we have to wait for the tide to turn on immigration but when it does, hopefully, we will have the widespread support we need.

In the meantime, John Deasy taking potshots at the Irish government helps nothing and only sows dissension.