Irish citizens could potentially win access to thousands of US E3 working visas after Rep. Richie Neal's bill passed the House and will now head to the Senate. 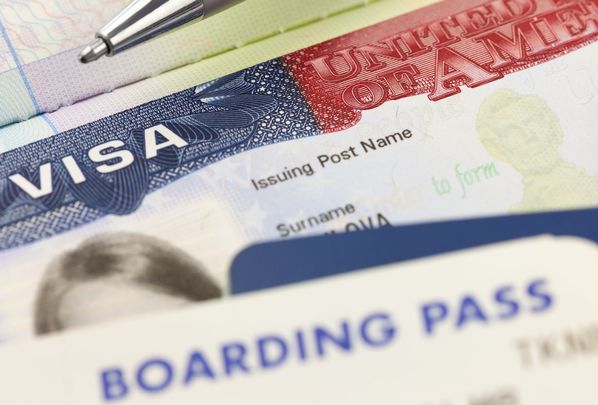 Rep. Richie Neal's bill to grant Irish nationals access to unused E3 working visas in the US passed the House of Representatives and will now be considered in the Senate.

Irish access to the American E3 visa program inched closer to becoming law on March 9 after it unanimously passed the US House of Representatives and will now head for consideration in the US Senate.

Representative Richie Neal (D-MA), chairman of the Ways and Means Committee, re-introduced the bill last spring in the House of Representatives after it was narrowly defeated in a Senate vote in late 2018. Only one Senator, Tom Cotton from Arkansas, opposed the passing of legislation, which rendered the bill dead. 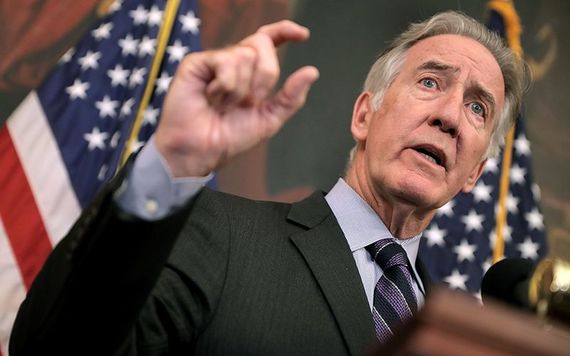 On March 9, Rep. Neal was joined by Rep. Mary Gay Scanlon (D-PA) and Rep. Kelly Armstrong (R-ND) during a session of the US House of Representatives in support of the passage of H.R. 2877, “add Ireland to the E-3 nonimmigrant visa program.”

Rep. Scanlon said the bill is “a common-sense bill that recognizes the important bond we share with two of our country’s closest and most steadfast allies."

She added: “This bill is not controversial and, in fact, it passed the House by voice vote in 2018 when my Republican colleagues held the majority in this chamber.”

Rep. Armstrong said: “As we approach St. Patrick’s Day, this bill recognizes the unique friendship and working relationship between the United States and Ireland.”

He noted that the passage of the bill is “subject to Ireland providing reciprocal access to US nationals.”

Irish applicants “must be working in a specialty occupation while in the United States” to be granted the E3 visa. The minimum for entry under the E3 visa program includes the “theoretical and practical application of a body of highly specialized knowledge,” as well as the attainment of a bachelor’s or higher degree in a specific specialty or its equivalent.

The Irish applicant must have a job offer from an employer in the US, who must obtain a foreign labor certification from the US Department of Labor. Employers must use and remain in good standing with the E-Verify program.

Armstrong made sure to note that a large percentage of the 10,500 E3 visas go unclaimed by Australian citizens every year. He said that the most visas that were ever claimed were 5,807, which was during the last fiscal year.

Armstrong said: “For operational purposes, the visa can be used for the following year, but will be counted against the previous year’s cap.”

He added: “The bill does not increase the number of visas authorized, and allows Australia, for whose nationals the program was originally created, to have first access to those numbers.”

The bill, Armstrong says, “is a simple bill that reflects the continued friendship between Ireland and the United States.”

Rep. Neal, who acknowledged the work that colleague Rep. Jim Sensenbrenner put into the bill in the past, says Irish access to the E3 visa program would allow the visa holder to stay in America for two years with the option to renew.

Rep. Neal emphasized: “This legislation does not change the requirements of current E3 visa program recipients or increase the number of visas made available.

Rep. Neal said: “Once passed, the Irish government has pledged to adopt a reciprocal arrangement that would allow Americans to work in Ireland under the same guidelines.

“The E3 visas combined with these reciprocal arrangements would provide a welcome and long overdue movement of citizens between Ireland and the United States in both directions, which is so important to Irish American, the United States, and, indeed, Ireland."

Neal, who said that legal migration between the US and Ireland "has been extremely limited now for many, many years," said he has support across the United States, unanimously in Congress, and has the backing of both the White House and the Irish government.

“This bill is a win-win opportunity for the United States and Ireland, and for the citizens of both countries who will benefit from this very innovative and beneficial exchange program.”

Following the commentary from the trio of Representatives, the bill unanimously passed the House and will now head to the Senate for a vote.

After the bill successfully passed the House  on March 9, Dan Mulhall, the Irish ambassador to the US, tweeted his support of Neal’s efforts:

“In my opinion, this Bill is a win-win for the United States and Ireland & for the citizens of both countries who will benefit from this highly innovative & beneficial exchange program.” - @RepRichardNeal speaking in the House in support of the E3 Visa Bill. pic.twitter.com/HM0d7eReUh

My bill would enable qualified Irish workers to access unused Australian E3 visas going forward. It is a win-win opportunity for the US & Ireland, and for the citizens of both countries who will benefit from this highly innovative and beneficial exchange program. https://t.co/aB11YmMCN9

Ireland's Tanaiste Simon Coveney tweeted that the turn of events is "very positive:"

Very positive that E3 Visa Bill passed through the US House last night. If also passed in Senate, it will create more work opportunities for exchange across the Atlantic. Special thanks to @RepRichardNeal for his valuable support @DanMulhall @USEmbassyDublin @IrelandEmbUSA. 🇮🇪🇺🇸

What do you think of Irish access to the American E3 working visas? Let us know in the comments