What is the E3 bill and what would it mean for the Irish?

Learn more about the E3 visa and what it means to the Irish who want to come to America. 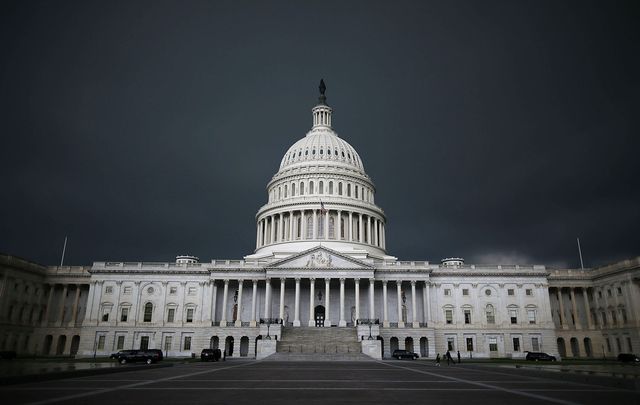 What will happen next with the E3 bill? Getty

The fate of the E3 visa is still uncertain amidst political back-and-forth, but what is the visa and what would it mean to Irish people who want to work in the US?

Last week, the E3 bill crossed a major milestone when it cleared the US House of Representatives. But before it can become law in the US, it requires a unanimous vote in the Senate before President Trump can sign it into law.

TD John Deasy, one of the Irish politicians who is spearheading the effort to have the bill passed, noted after the successful House vote that while things were looking good, it would still be tough to get the bill through the Senate.

“I am under no illusions how difficult that may be,” Deasy said.

His fears were confirmed when six Senators - all Republicans - signaled they would not be supporting the E3 bill should it go to a Senate vote.

However, as of Tuesday, the six Senator holdouts have dwindled down to only four: Johnny Isakson of Georgia; James Lankford of Oklahoma; Thom Tillis of North Carolina; and Roy Blunt of Missouri.

With President Trump already saying he supports the passage of the E3 bill, hope remains that the Republican Senators will also ultimately support it as well.

What is the E3 Visa?

For Australians to qualify for the E3 visa, they must prove:

These same parameters are expected to be held for Irish nationals.

The application fee for Australians is currently $205 USD, which is significantly cheaper than the H1B visa that many Irish people apply for.

The 2-year visa extends to the applicants' spouses and can be renewed indefinitely.

Since 2005, about 10,500 E3 visas are opened for Australians to apply for annually. However, only about half of that allotment is typically used.

E3s and the Irish

With Australia only utilizing about half of their E3 quota annually, nearly 5,000 American working visas have been going unused every year. The E3 bill that is currently pending a Senate vote wants to open up the visas unclaimed by Australians to Irish people.

In a bipartisan move, the new changes to the E3 bill were co-sponsored in the US by Democrat Richard Neal and Republican Jim Sensenbrenner, with support for Irish groups based in the US, as well as Irish politicians.

Sensenbrenner said: "The United States was built on hard work and the determination of immigrants - many of them who hail from Ireland. Through their perseverance, they have enabled this country to grow and prosper."

"I believe in the value and opportunity that comes with legal immigration. I am pleased to have authored this legislation to make the process more efficient for one of our oldest allies, and add to the great legacy of cultural diversity celebrated our country."

In return for access to the E3 visas, the Irish government has said they will ease up on restrictions for American citizens who want to retire to Ireland.

While the bill has cleared the House, it's fate remains unknown before it goes to a Senate vote. President Trump has already thrown his support behind the visas being opened up to Irish citizens, but there are still some hold-out Senators who have indicated they may not support it.

The E3 bill as it stands would need unanimous approval from the US Senate before becoming law. The Senate vote would also need to occur before the end of the Senate’s term, which is mid-December.

At the earliest, the Senate vote on the E3 could be Wednesday evening.

“The Senate procedures take time, and we’re working our way through this,” said TD John Deasy.

What do you think will happen with the E3 visa? Share in the comments