A major deal allowing Irish access to the E3 visa scheme currently confined to Australia has been agreed. 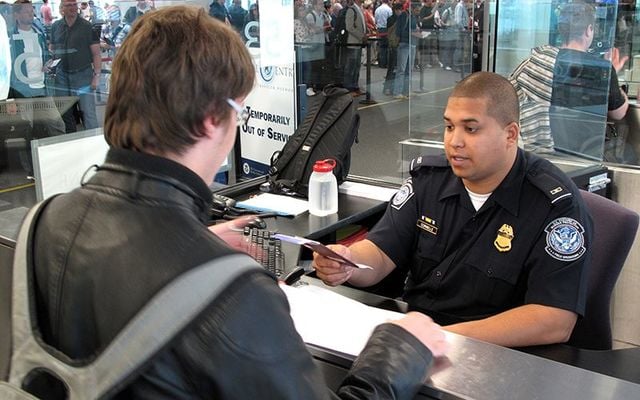 Ireland may finally be getting an E3 work visa deal as Australia agrees to give us leftover US visas. US government

A major deal allowing Irish access to the E3 visa scheme currently confined to Australia has been agreed.

A deal has been reached between Ireland and Australia under which Irish are eligible to receive the E3 visas that Australians do not use every year.

Currently, 11,000 working visas are set aside for Australian citizens under the E3 visa scheme. Australia fills about half the total and Ireland would be eligible for the other 5,000 or so if a bill before Congress  is  passed. Spouses can also work on the visa making it especially valuable.

Australia reacted very negatively when the story first broke, about the Irish seeking to take some of the E3 visas, and their Ambassador in Washington, Joe Hockey, made very clear that Australia would not agree to compete with the Irish.

The bill as revised, however, allows Australia to fill its quota and Ireland to have the rest of the unused visas. At the moment the “This visa class can only be accessed by Australian professionals and is the envy of many countries around the world," the Sydney Morning Herald noted.

The paper also reported that “Australia's first preference was to remain the sole beneficiary of the E3 visa, which was created as part of the 2005 Australia-US Free Trade Agreement.

But sources said the Australian embassy was "comfortable" with the new legislation and would be recommending members of Congress support the bill.

Passage of the bill is by no means guaranteed but it appears to have a very good chance as President Donald Trump’s administration has made clear their support for it.

Mick Mulvaney, the former South Carolina congressman and now head of the Office for Management and Budget, is seen as the major White House supporter. Donald Trump indicated to Irish leader Leo Varadkar at the White House in March that he would support a visa opening for Ireland.

After the Trump meeting Irish TD John Deasy, who previously worked on Capitol Hill was appointed as special envoy to seek a visa deal and it appears, he and the Irish Embassy are on the cusp of achieving it.

Unlike other visas, the E3 visa permits the spouses of Australian recipients to live and work in the US without restrictions and can be renewed indefinitely. It is relatively cheap and allows Australians to bypass the pool of hundreds of thousands of other applicants competing for the right to work in America.

Despite these advantages, uptake of the visa has been slow, and thousands go unused each year.

Now that we might have some kind of future flow for Irish coming to America should address the undocumented Irish living in the United States?