There is unexpected opposition from Republicans to the E3 visa bill, which would benefit the Irish, and it is unclear if it can be overcome. 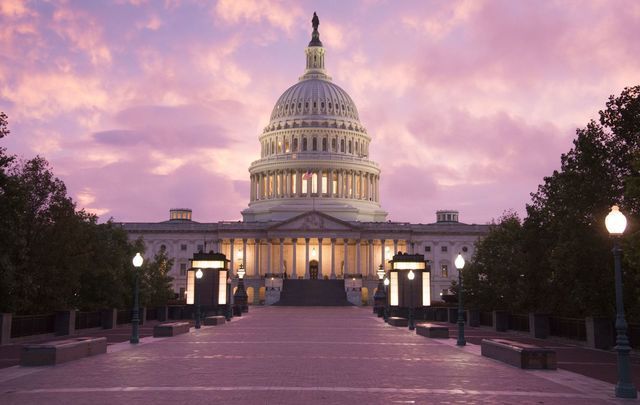 There is unexpected opposition from Republicans to the E3 visa bill which would benefit the Irish and it is unclear if it can be overcome.

Six Republican senators have put holds on the E3 visa bill which would grant at least 5,000 work visas a year to Ireland IrishCentral has learned. The visas would come from the 10,500 E3b visas that Australia has but they only use about half of their allotment.

The six GOP holds on the bill came as a major surprise as fears had been expressed that Democrats in the senate would be the problem. They come despite Senate Majority Leader Mitch McConnell announcing his backing for it.

There is also a time issue now with fears of a government shutdown next week over border wall funding.

It is unclear why the Gang of Six have placed the hold but there are fears about one senator in particular, Georgia’s Johnny Isakson, who is believed to be seeking that South Korea be included in the deal, a total game breaker.

Heavy lobbying has commenced on the Irish side led by Irish Special Envoy John Deasy who, more than anyone, has brought the bill to this point.

The Irish government has also pitched in with Taoiseach Leo Varadkar making a call to President Trump and heavy lobbying on the ground.

House Speaker Paul Ryan has also lobbied hard as have two White House principals, Mick Mulvaney head of the Office of Management and Budget and Chief of Staff John Kelly

The six senators are not united on one issue and there is a large geographic spread. Three are from the South, one the West, two from the Midwest. The hope is that the hold is more about informational issues than any determined lobby. There may also be quid pro quos demanded.

All 49 Democrats appear to be signed on as Senator Chuck Schumer of New York, the minority leader, appears to have convinced his Democratic colleague to consent to the bill.Schumer has a large base of Irish support in New York.

Ironically, when the bill was sent to the senate there were far more fears about Democratic defections.

Speaking after Wednesday’s House vote, Irish TD John Deasy said, "The bill will now be sent to the US Senate and it needs to be passed thereby unanimous consent meaning that it will require the agreement of all 100 senators for this to be signed into law.”

“I am under no illusions how difficult that may be,” Deasy added.

Unlike other visas, the E3 visa permits the spouses of recipients to live and work in the US without restrictions and can be renewed indefinitely. It is also said to be cheaper than the traditional H1B visa.

To qualify applicants must be employed in a specialty occupation, have a legitimate offer of employment in the US, and possess the necessary academic or other qualifying credentials.

As part of a trade-off to receive access to the E3 visas, the Irish government earlier this year agreed to ease restrictions on US citizens wishing to retire to Ireland.