Irish E3 visa bill is introduced in Congress - would mean 5,000 US work visas a year 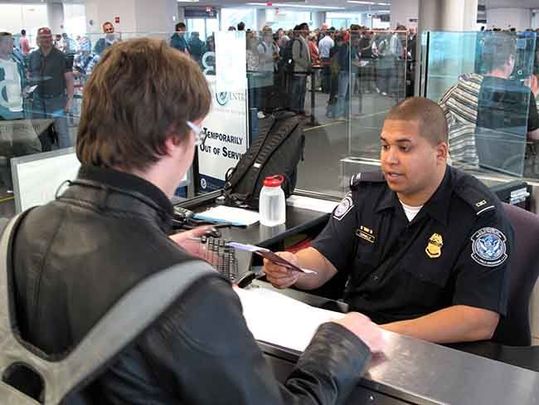 Things are looking up for the Irish, and US alike, with the introduction of an E-3 visa. CBP.gov

A bipartisan bill has been drafted in the House of Representatives to allow Ireland access to the E3 visa program which currently allows 10,500 Australians a year to come and work legally in America.

Australia takes up about half of their allotment and the new bill would allow the Irish to take the remainder.

The White House is said to be strongly behind the bill which was negotiated by Irish special envoy John Deasy, a member of parliament for Waterford and the Department of Foreign Affairs. Deasy was appointed by Irish leader Leo Varadkar to seek a solution to the lack of access to America and the undocumented Irish issue. The issue was raised in the St.Patrick’s Day talks in the White House between Varadkar and President Trump.

A key factor in the bill is that it does not increase the number of immigrant visas, merely redirects visas currently not used.

Separately, a deal on E3 visas for Irish citizens could be imminent. Big development if endorsed by Congress via @IrishTimes https://t.co/3YZBGI6hUU

Irish figures in the White House from OMB Director Mick Mulvaney to Chief of Staff John Kelly are said to be deeply involved. Mulvaney, in particular, has pushed the proposal within the administration where it has been accepted.

Half of the visas would be available to Ireland for a total of 5,250 but spouses are also eligible so the real number would be higher. The bill is co-sponsored by Republican James Sensenbrenner of Wisconsin and Richie Neal of Massachusetts.

The bill is being closely watched by House Speaker Paul Ryan who has agreed to it and it will come before the lame duck session of Congress after Thanksgiving. The Australian government is also said to have signed off

The bill will also need to pass the Senate where Senator Orrin Hatch has signed on and Senator Schumer and Senator Patrick Leahy will be likely sponsors on the Democratic side.

Read more: Irish worse than Trump when it comes to harsh immigration policy

The bill addresses future flow from Ireland which has almost ground to a halt but does not address the issue of the undocumented Irish.

However, it remains to be seen if qualified undocumented who return home to apply for a job can obtain a waiver forgiving their undocumented period at the US Embassy which has discretion on the matter.

The E3 came into existence on May 12, 2005, when the provision creating these new visas was put forward by Senate majority leader Bill Frist and was tacked onto a bill providing an additional $81 billion for American operations in Afghanistan and Iraq.

There was no debate on the provision, which was passed unanimously by the Senate during a late night session.

The requirements to qualify for an E3 visa mean an applicant must demonstrate:

Spouses but not children are eligible for the E3 visa.

Read more: The American hermit who 50 years ago fled the US for a remote Irish location