How Irish US General Philip Sheridan paved the way for Juneteenth

US General Philip Sheridan, who was either born in Ireland or on a ship en route to the US, played an important role in paving the way to what is now known as Juneteenth. 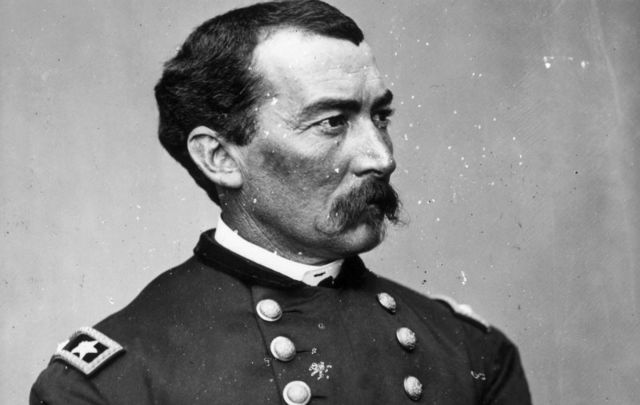 In 1865, General Philip Sheridan ordered the reading of a proclamation that informed Texas slaves that they were free men and women.

Irish-born General Philip Sheridan is the Civil War hero widely credited with playing a leading role in forcing General Robert E. Lee to surrender at Appomattox after defeating his armies in several battles.

He was also the man who ordered General Gordon Granger to proclaim the slaves free in Texas on June 19, 1865, what is now regarded as the unofficial 'Juneteenth' holiday in the US.

I am indebted to Arizona-based Irish American history expert Jim McManus for pointing this out to me.

As military governor in Texas after the war, Sheridan was determined that former slaves would never be exploited again, that white supremacists would be removed from powerful positions, and that the black man had the right to vote.

He was so determined to push equality through that President Andrew Johnson, a Democrat, and rebel supporter, had him removed.

But Sheridan’s legacy in helping create Juneteenth will live on.

In part, the Juneteenth proclamation read by General Granger in Galveston reads, “The people of Texas are informed that, in accordance with a proclamation from the Executive of the United States, all slaves are free. This involves an absolute equality of personal rights and rights of property between former masters and slaves, and the connection heretofore existing between them becomes that between employer and hired labor.”

Sheridan was born in Co. Cavan or on the boat to America, but always claimed he was born in Albany, New York in order to allow him to run for president, but no record exists of his birth there.

McManus points out that in May of 1865, “General Grant sent Sheridan to Texas with 50,000 soldiers and two objectives: pacify Texas and evict the French from Mexico, which the French had invaded while the United States was putting down the Confederate rebellion.

“With Sheridan's encouragement, it wasn't long before XXV Corps soldiers began providing the Mexican rebels with weapons and later ‘volunteers’ to help fight the French.  Remarkable how so many American stories are tied together by Juneteenth.”

Indeed, Sheridan and the XXV Corps evicted the French from Mexico.  But Sheridan's Reconstruction work came to a premature end when President Johnson fired Sheridan over Grant's objections.

McManus writes, “President Johnson told General Grant, ‘His [Sheridan's] rule has, in fact, been one of absolute tyranny, without references to the principles of our government or the nature of our free institutions."

Translation -- Sheridan is taking this Reconstruction business too seriously, won't let former Confederates vote and had "unfairly" removed the white supremacist governors of Louisiana and Texas along with the mayor of New Orleans.

Sheridan went on to have a controversial but highly successful career, ending up as commander-in-chief of the entire U.S. Army. Among his contradictory actions was waging a vicious war against Indian tribes and saving Yellowstone Park from developers.

McManus notes that Sheridan “is often tarred by his detractors for unfortunate things he never said (such as the only good Indian is a dead Indian) but one thing he'd gladly admit to saying after his Texas experience, ‘If I owned Texas and Hell, I would rent out Texas and live in Hell.’”