On his birthday, remembering Ted Kennedy and how he shut down Irish immigration

Ted Kennedy made one major mistake in his career which has cost generations of Irish-born access to America. 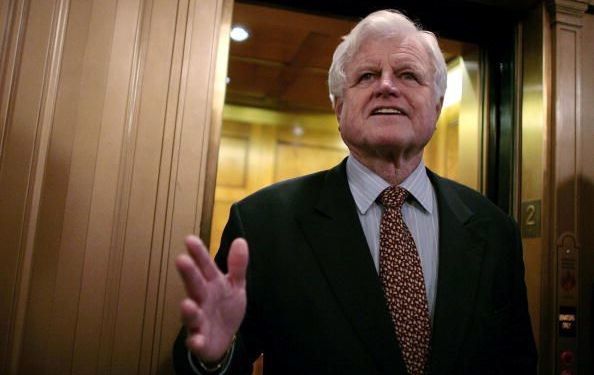 Senator Ted Kennedy (D-MA) talks with the news media after walking off the floor of the US Senate after a roll call vote to achieve cloture on the nomination of Judge Samuel Alito to the US Supreme Court passed 72 to 25 January 30, 2006, in Washington, DC. Chip Somodevilla/Getty Images

Today, February 22, 1922, Senator Ted Kennedy was born, the youngest son of the Kennedy family. We look back on his history with the Irish and immigration to the US.

Ted Kennedy made one major mistake in his career which has cost generations of Irish-born access to America.

As the author of the 1965 Immigration Act, he saw to it that the long-standing laws that gave a huge advantage to European immigrants were removed.

That was fine and there needed to be a far fairer balance between Europe and other regions of the world when it came to legal immigration to America.

What Kennedy unwittingly did, however, was effectively end forever - or at least to this date, any legal emigration from Ireland. 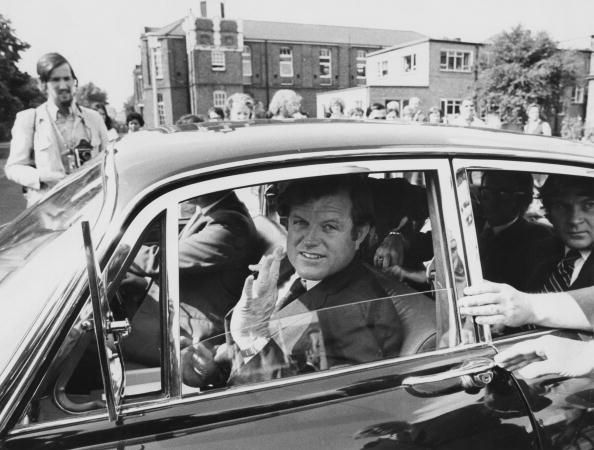 US Senator Ted Kennedy in Wembley during a visit to London, September 1971. (Photo by Tim Graham/Evening Standard/Hulton Archive/Getty Images)

Kennedy later acknowledged that the end of legal emigration from Ireland was an unintended consequence of the bill he pushed through Congress.

Before his death on August 25, 2009, he appeared at several Irish Lobby for Immigration Reform events in Washington D.C and vowed to try and right the wrong to his ancestral countrymen.

There were warnings at the time. "Tip" O'Neill, later Speaker of the House, asked the Irish government if they wanted an exception in their case.

The government of the day amazingly replied no, sealing the fate of hundreds of thousands of their emigrants who have lived illegally in America since then. There was opposition from Irish organizations but Kennedy brushed it off.

His aides were worried about a bill that would take away Irish immigration to America but Kennedy plowed ahead, aided and abetted by brother Robert who was also in the Senate at the same time.

The previous so-called national origins policy was utterly discriminatory but it would have been the right thing to ensure that mother countries of generations of American immigrants had some legal recourse to immigration.

Some southern Republicans strongly opposed Kennedy's efforts to end immigration as America knew it, but he moved past them.

It was the time of huge civil rights breakthroughs and Kennedy saw immigration in the same light.

On September 22, 1965, the Senate voted 76-18 to pass the new bill that utterly excluded emigration from Europe save in a very small percentage of cases.

We Irish are suffering the consequences since.