The Ancient Order of Hibernians (AOH) has appointed John Deasy as its director of government affairs in Ireland and the US to help advocate for Irish American issues. 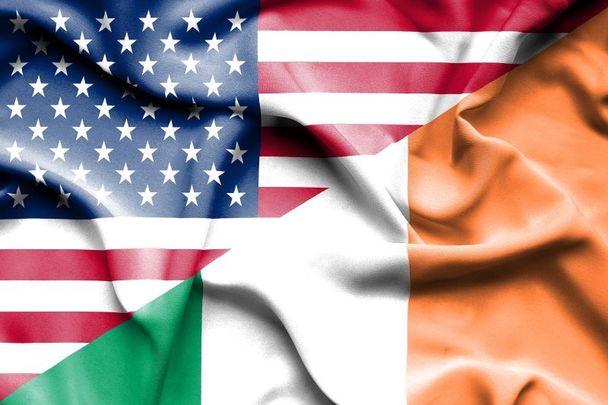 The AOH says there is "a need for stronger advocacy in Washington on Irish American issues and for Irish people living in the US," Getty Images

The Ancient Order of Hibernians, the oldest and largest Irish Catholic organization in the US, has appointed former Irish politician John Deasy as its director of government affairs in Washington, DC and Ireland.

Deasy, who will be based in Dublin, will have an “expanded role of handling our government affairs” in both the US and Ireland, Daniel J. O’Connell, President of the AOH, has confirmed.

“We believe there’s a need for stronger advocacy in Washington on Irish American issues and for Irish people living in the US,” O’Connell told The Irish Times. “That view, I believe, is shared by the Irish American community across the US.”

O’Connell told The Irish Times that while the AOH has had a strong relationship with Ireland's Department of Foreign Affairs, the group believes “it’s time to reset the priorities for Irish America and hope we can assist them in doing that.”

Less than a year ago, Deasy, who previously served as a special envoy to US Congress, was retained by the AOH to lobby for Irish access to the E3 visa program in the US. Deasy attended college in the US and worked for a Republican on Capitol Hill in his 20s before returning to Ireland where he was elected to the Dáil in 2002.

Deasy told The Irish Times: “It’s fair to say the view in America is that the new management team need to get the department back to basics.”

He added: “We need to do more to help Irish people looking to work in the US, they’re finding it increasingly hard to get a work visa, even when they’ve a company willing to sponsor them.” 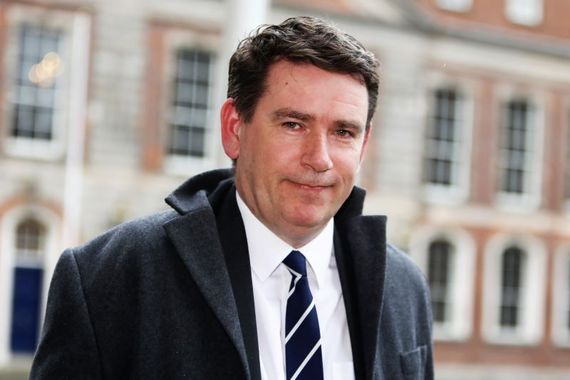 A spokesman for Ireland's Department of Foreign Affairs has since told The Irish Times that immigration issues continued to be raised on an ongoing basis through engagement at all levels with the US administration and political leaders.

The spokesman added: “Immigration issues, including possible pathways to citizenship, are a priority for President Biden, as demonstrated by his proposed US Citizenship Act of 2021.

“Ireland will continue ongoing engagement with his Administration as well as with the US Congress, on a bipartisan basis, as they pursue comprehensive immigration reform in the US.”

The matter of undocumented Irish in the US was also raised in the Dáil on Wednesday by Sinn Féin TD Johnny Guirke who said he was "very disappointed" to read The Irish Times article published on Monday about "the need for stronger advocacy in Washington on Irish American issues and for Irish people living and working in the USA.”

Guirke said Deasy "took a swipe at the Department of Foreign Affairs" by saying the department needs to "get back to basics," saying it was "a damning quote from a former Fine Gael Deputy who is now working in the USA.”

Guirke asked if the Department of Foreign Affairs or the Taoiseach has raised the issue of the undocumented Irish in the US issue with the American Administration. He also inquired about the progress of securing an E3 visa agreement with the US.

“In a few weeks, Ministers and the Taoiseach will be heading to Washington for St. Patrick's Day," Guirke said. "I urge the Government to do all in its power to raise with President Biden the issue of the thousands of undocumented Irish in the USA. We cannot have our people in the USA saying that we in Ireland do not care about them.”

Speaking today on the need for stronger advocacy in Washington on Irish American issues, and for the Irish people in general living in the United States. There has never been a better time to discuss this issue with a Democrat President, Democrat Senate & Democrat House. pic.twitter.com/fO4vIoMyFC

Responding to Guirke, Government Minister for State Mary Butler said in part: “There is ongoing advocacy and engagement at every level with the US Administration and political leaders across the USA. Our Embassy in Washington DC takes a leading role in advocating for the most important and critical issues facing our country and our citizens, including the undocumented Irish who are seeking to regularise their status.”

Guirke said: “We will never have a better chance to make progress on Irish issues, especially the undocumented, than now, with an Irish-American President and Democrats controlling the Senate and the House of Representatives. We need to do more to help.”