John Deasy, a former Fine Gael TD, previously served as a special envoy to US Congress in hopes of securing Irish access to unused E3 visas. 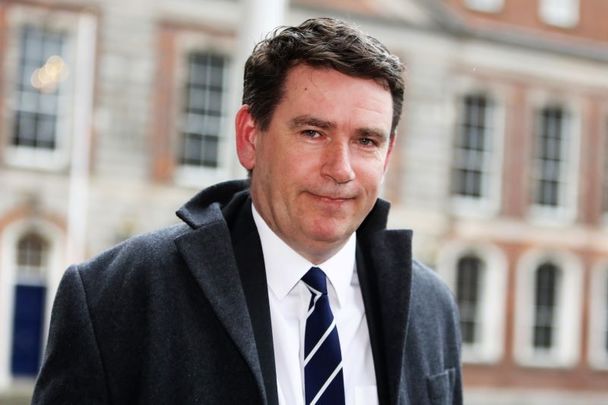 John Deasy has been hired by the Ancient Order of Hibernians (AOH), the oldest and largest Irish Catholic organization in the US, to lobby for Irish access to the E3 visa.

Deasy, a former TD and Special Envoy to the US, has been retained by the Ancient Order of Hibernians “to engage with political figures in Washington in a bid to shore-up political support for the Bill,” according to a report in The Irish Times.

Deasy has long been involved in the push to get Irish access to unused American E3 visas, but now says that “because of the changes that occurred in the last election, there is a fresh opportunity to pass this Bill."

About 10,500 E3 visas are available for Australians to apply for annually. However, only about half of that allotment is typically claimed. The Irish are keen to get access to the unused E3 visas while allowing Australians to still have priority access.

Deasy says: “The E3 is an extremely versatile visa. It is a flexible non-immigrant visa that can be renewed indefinitely every two years, and allow the partner of the E3 holder to work.”

Deasy, a native of Co Waterford and the son of a longtime Fine Gael TD, attended college in the US and worked for a Republican on Capitol Hill in his 20s. He returned to Ireland and was elected to the Dáil in 2002.

In 2017, he was appointed by then-Taoiseach Leo Varadkar to serve as a special envoy to US Congress to represent the undocumented Irish in America, with a mandate to focus on gaining Irish access to E3 visas.

During his time as an envoy, Deasy remarked that he was “under no illusions” about how difficult it may be to pass E3 legislation in the US Senate.

In 2019, Deasy announced that he would not contest Ireland’s 2020 General Election, citing health concerns.

In May 2019, US Representative Richie Neal, who sits on the Friends of Ireland Caucus, reintroduced legislation to grant Irish access to the E3 visa program after it was narrowly defeated in the US Senate in 2018.

Representative Neal’s legislation unanimously passed the House in March 2020 but was never voted upon in the US Senate.