A look at the values and mission of the Ancient Order of Hibernians, the largest and oldest Irish Catholic organization in the US.

In Partnership With:
The Ancient Order of Hibernians 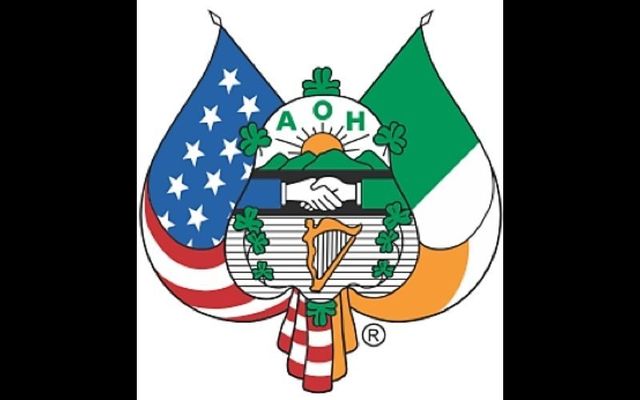 The Ancient Order of Hibernians (AOH) has the most extensive and diverse umbrella of Irish and Catholic action in America.

Founded in 1836, the AOH brings together a vibrant group of Irish Americans who work to move Irish America forward as they continue to honor their Irish roots and Irish heritage.

The Ancient Order of Hibernians in America has evolved tremendously over the years since its beginning in 1836, when it was established to protect the Catholic clergy and Irish immigrants from the attacks of nativists, attacks we still, unfortunately, hear echos of even to this day. The AOH will never forget the prejudices we faced as a people as they continue their work as the voice of Irish America to see that the issues of concern to Irish America are treated with parity of esteem.

Based on their own history, the AOH constitution calls for its members to accept and support, without prejudice, the concept of free expression of religious practice for the world's people.

The AOH is Irish Catholic Americans promoting Friendship, Unity, and Christian Charity, a charity that extends to people of all ages, ethnicities, and creeds.

The AOH fosters and sustains loyalty to country and community while remaining non-partisan as an Order. The AOH is cause-centric and will work on Irish and Catholic issues with people of goodwill irrespective of party while reserving the right to respectfully disagree on other issues.

The AOH is committed to aid and advance the Irish people's aspirations and endeavors for complete and absolute independence, promoting peace and unity for all of Ireland. They are committed to Freedom for All Ireland (FFAI), remembering the words of Patrick Pearse that "Ireland unfree shall never be at peace" and his vision to ending the "the differences carefully fostered by an alien Government, which have divided a minority from the majority in the past."

To that end, they financially support cross-community organizations such as the Omagh Community Youth Choir, the Hoban Center,  and others.

The AOH is Irish History, Culture, and Heritage, fostering the ideas and perpetuating the history and traditions of the Irish people, promoting Irish culture at every opportunity. They are Irish festivals, they support Irish song and Irish dance.

The AOH is ever mindful of the warning of the great Edmund Burke that "People will not look forward to posterity who never look backward to their ancestors."

The AOH is Political Education, encouraging Civic participation throughout the year. They encourage and work for an equitable U.S. immigration law for Ireland, and cooperate with groups around the country working for a fair American Immigration Policy.

The AOH is Charities and Missions, supporting those in need within the AOH and in our communities around the U.S.

The AOH is Catholic Action, supporting our Mother Church, her Clergy and Religious.

The AOH is Veteran's Affairs honoring and supporting those who have served America.

The strength of the AOH begins with the Division Member; success begins with individuals embracing their Irish Catholic heritage!

Members working on growing the Order and retaining their membership lay the groundwork for everything else the AOH accomplishes. As the AOH celebrates their past while meeting the challenges of the future, they have become the positive and productive voice of Irish America.

Under the vast umbrella of issues and causes that the AOH works on, there is something for anyone genuinely committed to their Irish Catholic heritage.  So, when someone asks how do I become part of Irish America, invite them to learn more online here.