Taoiseach Micheál Martin was speaking at an event in Derry commemorating the 50th anniversary of Bloody Sunday on January 30. 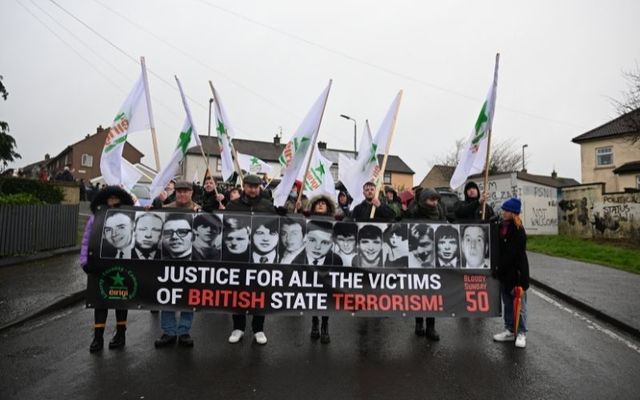 Taoiseach Micheál Martin has voiced his opposition to amnesty for Troubles-era killings, stating that the law must apply equally to everyone.

Martin was speaking at an event in Derry commemorating the 50th anniversary of Bloody Sunday on January 30, which saw British soldiers from the Parachute Regiment shot dead 13 innocent marchers during a Northern Ireland Civil Rights Association (NICRA) march.

A 14th victim died months later from the injuries he suffered on Bloody Sunday, while 15 others were also injured in the shootings.

The Taoiseach, who laid a wreath on behalf of the Irish Government at Sunday's commemoration, said that the "full process and justice of the courts" should be applied to anyone accused of a Troubles-era killing. 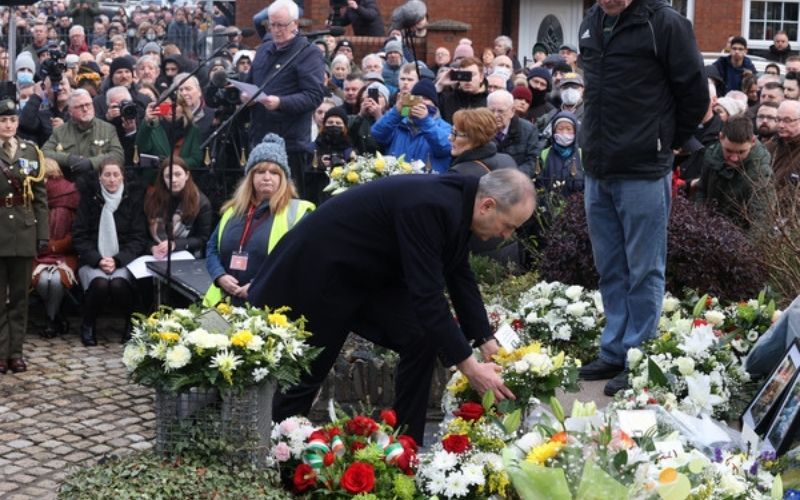 "All of the parties in Northern Ireland are very clear that they do not want amnesties, they want due process to apply," Martin told RTÉ News.

"It is important because time is moving on too for many, many families and families need closure.

"Families need to know more in terms of who killed their loved ones and they need access to information, and that is why it's important that agreements are not just entered into, but that are followed through."

The Taoiseach added that it would have been "helpful" if representatives from the unionist community attended Sunday's commemoration.

"I think it's important that we all recognize others and people who are not from one's own community, and that would have been helpful."

Events are taking place in Derry to commemorate the 50th anniverary of Bloody Sunday. 13 civilians died after British soldiers opened fire on people during a civil rights rally in the city on 30 January 1972. A 14th person died several months later | https://t.co/rpiMoNqiVg pic.twitter.com/qvYfFrxVen

Hundreds of people gathered in Derry on Sunday to pay their respects to the 14 victims of Bloody Sunday. 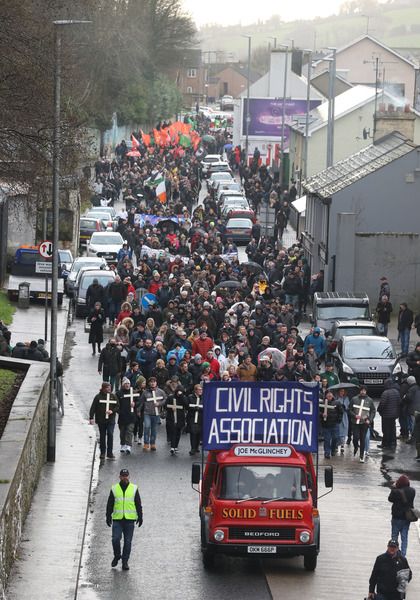 Relatives of those killed and hundreds of other mourners retraced the route of the original NICRA march, while several political figures laid wreaths at the city's Bloody Sunday memorial.

Michael McKinney, the brother of Bloody Sunday victim William McKinney, accused the British Government of implementing amnesty for Troubles-era killings because it was "scared".

"They intend to announce it because they’re scared. Scared that their soldiers, spooks and civil servants will be exposed and that their role as a combatant and catalyst in the war in Ireland will be highlighted around the world," McKinney told the Guardian.

"They are trying to deny us justice because they are scared to face justice. But we want to send a very clear warning to the British government: if they pursue their proposals, the Bloody Sunday families will be ready to meet them head-on."

Only one British soldier has been charged in relation to Bloody Sunday.

Referred to as "Soldier F", the British soldier is accused of murdering James Wray and William McKinney and the attempted murders of five others. Last July, prosecutors informed the families of the victims that he would not stand trial, while the British Government has announced plans to introduce amnesty for Troubles-era killings to spare military veterans from "vexatious prosecutions".

The proposals would cancel all current and future investigations into alleged unlawful killings carried out by security forces and paramilitaries alike. The plans have been widely condemned by Northern Irish people.

In the immediate aftermath of Bloody Sunday, the British Army and Government insisted that the soldiers were returning fire at IRA gunmen and bomb-throwers, while an inquiry into the killings chaired by Lord Chief Justice John Widgery held the marchers responsible for Bloody Sunday in a report that was quickly dismissed as a whitewash.

The victims of Bloody Sunday were finally exonerated by the Saville Inquiry in 2010, which found that none of the victims were "posing a threat of causing death or serious injury", while it also found that the paratroopers "lost control".

Former Prime Minister David Cameron made a public apology in the House of Commons after the publication of the Saville Inquiry, describing the killings as "unjustified and unjustifiable".