Ruffalo has joined 37 organizations from Ireland, Northern Ireland, the US, the UK, and Europe in a new campaign calling on Sinn Féin to reject a DUP plan to move forward with a petroleum licensing policy that they say will open the door for fracking in Northern Ireland. 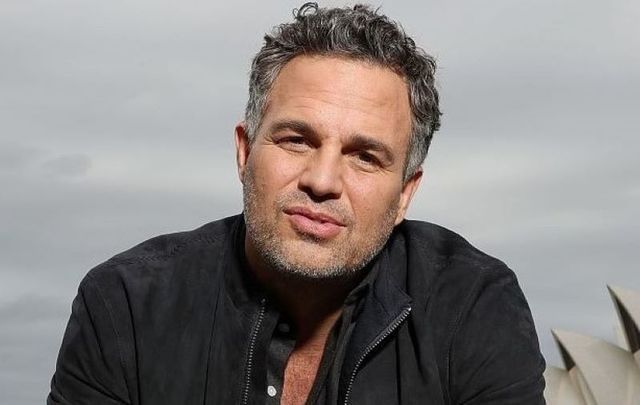 US actor Mark Ruffalo has joined an international campaign to ban fracking in Northern Ireland.

Ruffalo has joined 37 organizations from Ireland, Northern Ireland, the US, the UK, and Europe in a new international campaign calling on Sinn Féin to reject a DUP plan to move forward with a petroleum licensing policy that they say will open the door for fracking in Northern Ireland.

The practice has been banned in the Republic of Ireland, Scotland, England, and Wales.

The International Solidarity Campaign to Ban Fracking in Northern Ireland Campaign states that there are already pending fracking permits in place in Fermanagh and Antrim that will move forward if the DUP's plan is approved.

Advocates also contend that the DUP plan  "will poison our water, land, air, and public health".

The groups launched a new campaign last Tuesday with a week of action calling on Sinn Féin to block the DUP proposals in the Stormont Executive.

They contend that the party has the power to stop the block the DUP proposals and vow to continue through to the end of the legislative session in March with all-island actions around St. Patrick's Day and in New York where Sinn Féin will attend the annual parade. The groups also pledged to make this an election issue.

The coalition of anti-fracking groups criticized Sinn Féin for their lack of opposition to the DUP's new energy policy. They say that the policy centers on a new "dirty" fuel that requires gas called blue hydrogen, which is created using large amounts of fossil fuels, according to academics.

"It is shocking that the DUP’s meticulously crafted pro-fossil fuel Energy Strategy, which would be damaging to Northern Ireland, has not been condemned by Sinn Féin," the groups said in a letter delivered to Sinn Féin offices in Dublin, Limerick, Clare, and Belfast on Tuesday.

The campaign also launched a "#SinnFeinStopFracking Twitterstorm" that trended at number four in Ireland on Wednesday.

Sinn Féin tabled an anti-fracking bill in the Northern Irish Assembly in November 2021, but the groups argue that its opposition to fracking is not as absolute in the north as it is in the Republic of Ireland.

Sinn Féin has rejected the claims and said in a statement that it is "very clear" in its opposition to the practice.

"Sinn Féin is very clear in our opposition to the approval of petroleum licenses, including those involving fracking, and to any attempts to explore, drill for or extract petroleum in the North of Ireland," a Sinn Féin spokesperson told the Irish Times.

"There is no place for petroleum development in the North. We have called on the Economy Minister to bring forward proposals to ban petroleum licensing."

The spokesperson added that the party will unequivocally oppose any proposals that allow the drilling or extraction of petroleum in Northern Ireland.

"In the absence of action to prevent fracking by the DUP Economy Minister or, indeed, other parties in the Assembly, Sinn Féin has introduced legislation to ban fracking."

Sinn Féin has not responded to IrishCentral's request for comment.

In the coming week, the groups will be publishing advertisements in newspapers and on Facebook, while Ruffalo will be joining a live stream with Professor Robert Howarth from Cornell University and Dr. Kathy Nolan from Concerned Health Professionals to talk about the issue and what Sinn Féin can do to stop it.

The groups will also be sending a second letter to Sinn Féin during the week.

Ruffalo, who has been involved in efforts to ban fracking in the United States and around the world for over a decade, told IrishCentral in a statement that the petroleum licensing policy would be a "human rights disaster".

"As someone who lived through the experience of the fracking industry coming into the community where I live and seeing firsthand their divisiveness and greed, I’m proud to support the communities in Northern Ireland working to stop this," Ruffalo said.

"There will be many public health harms and human rights violations if Sinn Féin doesn’t stop the Democratic Unionist Party's plan to drill and frack from moving forward. Drilling and fracking pollute the air, contaminate the water, and make people sick.

"As the Irish Center for Human Rights recently warned, it would be a human rights disaster. Sinn Féin needs to listen to the health professionals and use their veto power to prohibit a petroleum (oil and gas) licensing policy, take action to conduct a full independent health impact assessment before the petroleum licensing policy review, and condemn DUP's pro-gas Energy Strategy"

.@sinnfeinireland fracking poses a risk not only to #NorthernIreland's environment and public health but also human rights. @IrishCentreHR's report investigates this and it's time to listen to heed this warning & take action! @MaryLouMcDonald @moneillsf https://t.co/MvQFQmakOm

Julia Walsh, Director of Frack Action, told Irish Central that the proposals could impact ecosystems in the Republic of Ireland as well as Northern Ireland.

"Sinn Féin can't have it both ways - banning fracking in the Republic and allowing it in the North. Water doesn't stop flowing at the border. If fracking pollutes the aquifers in Northern Ireland, that pollution can travel 100 miles underground. In Fermanagh, which is a targeted petroleum license area, the water source for the Shannon River would be at risk.

"Polluting the aquifer for the Shannon River with fracking chemicals will harm the fish, wildlife, tourism, and economy of the Republic. Sinn Fein needs to get off the sidelines and act to stop this."

🚨Watch this important video about the fracking emergency in Northern Ireland! @sinnfeinireland @MaryLouMcDonald & @moneillsf have the power to stop @Duponline's fracking scam. It's time to take action and lead! #SinnFeinStopFracking pic.twitter.com/n2TfTO6GzX

Eddie Mitchell, the spokesperson for the Love Leitrim community group, lives adjacent to one of the areas threatened by fracking and called on Sinn Féin to do more to prevent the bill from passing through Stormont.

"After 10 years of working to stop this industry from destroying the lives of our neighbors in Fermanagh, we are still in crisis," Mitchell said in a statement.

"This week, a climate bill will be debated in the North. Instead of adding amendments to that bill that would ban fracking or prohibit the licensing, Sinn Féin added amendments to facilitate carbon capture and storage," he said, alleging that carbon storage would be used to create blue hydrogen.

"We need Sinn Fein to act to stop this industry not facilitate it."

A spokesperson for Rachel Woods, a Green Party MLA who chairs Northern Ireland's All Party Group on Climate Action, told IrishCentral that he did not believe Sinn Féin had introduced the amendment to ensure the creation of blue hydrogen. Instead, he said that the amendment was an attempt to remove carbon emissions from the air.