Mark Ruffalo joined a Green Party webinar on Monday in support of the current Programme for Government which seeks to prevent the import of fracked gas from the US to Ireland. 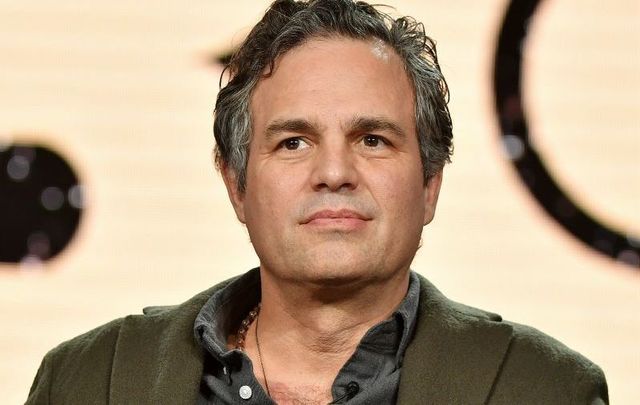 Mark Ruffalo lent his support to Ireland's Green Party and the Programme for Government, which is currently being voted upon across party memberships.

Hollywood actor Mark Ruffalo joined a webinar hosted by Eamon Ryan, the leader of Ireland’s Green Party, on Monday night to speak out against fracking and to persuade party members to support the current Programme for Government.

Oscar-nominated Mark Ruffalo has been involved with the anti-fracking movement in the US for about ten years now and has previously spoken out against fracking efforts in Ireland.

On June 21, Ruffalo endorsed the Programme for Government (PfG) that was agreed upon by the leaders of Irish political parties Fianna Fail, Fine Gael, and the Green Party on June 15. Voting on the PfG is underway across the parties’ memberships with the count expected to take place this Friday, June 26.

The current Programme for Government reads: “As Ireland moves towards carbon neutrality, we do not believe that it make sense to develop LNG gas import terminals importing fracked gas.

“Accordingly, we shall withdraw the Shannon LNG terminal from the EU Projects of Common Interest list in 2021. We do not support the importation of fracked gas and shall develop a policy statement to establish that approach.”

Ruffalo welcomed this, and said in a tweet on June 21:

Good news! Ireland is poised to stop the import of US fracked gas🍀 If @greenparty_ie, @FineGael, @fiannafailparty members vote for Programme for Gov't, Ireland could become a world leader on climate. Hopefully #IrelandsGreenFuture will be a reality! #NowIsTheTime #PFG https://t.co/AuZurIH7PR

The following day, Ruffalo said that he would be joining the Green Party webinar that evening:

Join @EamonRyan & @cathmartingreen to share my experiences of fracking & talk about Ireland's chance to become the first country in the world to stop the import of US fracked gas. #IrelandsGreenFuture #PFG

Read More: Has Ireland’s government gone too green too soon?

During the Zoom call that was streamed on party leader Eamon Ryan's public Facebook page, Ruffalo thanked Ryan for allowing him to “make a plea, a pitch to you in Ireland on behalf of communities that have been struggling with this for a decade now.

Ruffalo continued: “For me, it’s always been the human element that has touched me the most. I know it’s a deeply technical issue, but when it really comes down to it, and what people can understand, is how does it affect human beings? What does it do to communities?"

Ruffalo says he became involved in the anti-fracking movement "quite reticently" after a community in Pennsylvania, impacted by fracking, called upon him and his influence to lend a helping hand.

“You know things are desperate when they’re asking a fairly unknown actor to give them a hand to find justice," Ruffalo remarked.

“Now in America right now, we’re struggling with justice. I think the world has a thirst for justice. The great injustice that’s happening here is basically, over and over again, we’re seeing money being put above the welfare of people. There’s no greater place probably, the United States right now, although there’s many upon many different fronts, many of them have to do with fossil fuel extraction.

“But, the way the fracking industry treats the communities that this process happens in is obscene. Just last week, the attorney general of Pennsylvania finally stepped up after ten years of the most abhorrent behavior - poisoning people’s water, poisoning people’s air, lying to them, telling them that their water’s clean and safe, telling them that they didn’t poison their water - after ten years of this, finally the AG of Pennsylvania has brought 15 criminal charges against the industry here in America.

“That doesn’t happen easily. To have an industry as big as this brought to criminal charges, you have to be pretty bad. And this industry is the worst. There are sick and dying people all over Pennsylvania from this process.

“What I’m asking you today to do is to look into your hearts, and ask yourself, in the face of everything that we’re facing, in the face of the justice that we’re fighting for, in the face of all these new technologies that promise so many better lives for people - whether it’s your job, or your health, or just the beauty of your surroundings - why would you move forward in creating more natural gas use, more fossil fuel use in the world?

“Ireland, I’m telling you, they’re using you. You hear the plan. They’re going to junk your country up. They are using you to bring this product into your country and disseminate it through the rest of Europe. And you are going to be the suckers on the end of the line. I’ve seen it time and time again, this is not hyperbolic, this is the way this industry works.

“In the face of all of this, do the right thing. Do the right thing for yourselves and for the people here, your brothers and sisters here, because we’re all in this together. The one thing that COVID has shown us is that we’re all in this together. The world is a small, tiny place, there’s nowhere else to go, and so we have to rely on each other. And we have to defy the powers that be in order to bring around the world that we need to have for our children. Think of your children. Above all else, what is the care for them? And let that be your guide.

Later in the call, Ruffalo called upon the youth to look to figures like Greta Thunberg and to train in civil and peaceful disobedience. He also urged them to harness the power of social media, and said how important discussions regarding climate change within their immediate families are.

Ruffalo concluded: “I want to touch on this idea of ‘we’re not getting it all, we fought to this point and we deserve a lot more than what we’re getting from this particular bill or policy.’ I would say this to you -  a movement is a longterm endeavor. It doesn’t happen overnight.

“The way the fracking industry works is they get the head of the camel in the tent and then they take over. We are getting our heads in the tents now. Once your head is in the tent, the body follows. So, don’t fret about not getting everything you want right at this moment because this is a movement, this is a moment in time of a long journey forward of a fight that we’re all committed in and any win we get is a win for us in the long term.”

You can watch the entire webinar that was streamed on June 22 here: