Has Ireland’s government gone too green too soon?

We may be famous already for the 40 shades of green, but we're going to be even greener in the future if the moves to form a new government are successful.  That now seems almost certain. 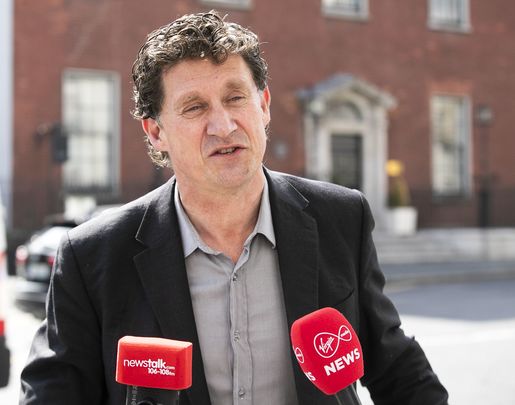 The negotiations between Fianna Fail, Fine Gael, and the Green Party, which had dragged on for the past five weeks, finally reached a conclusion last weekend with a lengthy document detailing an agreed program for a new government.

About time too, you might say, given the challenges the country faces and the fact that it's over four months since the election.  Mind you, we're not fully there yet.

The program has to be approved by the membership of the three parties in the next week or so.   That could go wrong, especially in the Greens where a two-thirds majority is required, but all the signs are that it will be endorsed.   If so the next government is set to have a very Green tinge, based on the program that has been agreed.

Is that a good thing?  These days we're all in favor of tackling climate change, of course, but whether this program tries to do too much too quickly is debatable, not least because we're just one very small country in a very big world.

Global warming and the climate change it causes cannot be solved by one country on its own.  And some of the measures in this program are highly ambitious and will ask a great deal of the Irish public.

Let's take one central point to begin with, the core Green demand that there has to be a seven percent reduction in our carbon emissions each year over the five-year span of the next government (and on to 2030).  The agreed program does give some flexibility, saying that an average seven percent a year will be achieved over the lifetime of the government.   But whether it's a level annual reduction or front or back-loaded, achieving it will be extremely difficult. 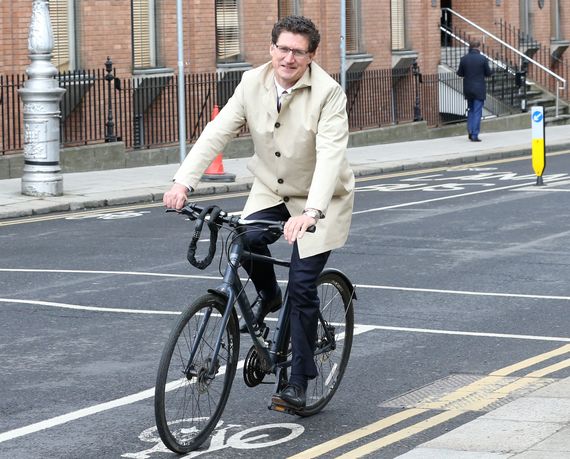 The Greens did not pick the seven percent figure out of the warming air, of course.  It is what will be required for Ireland to meet the Paris Agreement target.  It's not only laudable but desirable.

But in the wake of COVUD-19, whether it will be matched by all the other countries in Europe, never mind the rest of the world, is doubtful.  And in the meantime, it will require huge changes here in the way we live.

That the Greens have managed to get this into the agreed program is quite an achievement for them, given that they got just seven percent of the vote in the election, giving them 12 seats in the Dail.

They got their way because Fianna Fail and Fine Gael together don't have enough seats for a majority.  They need the 12 Green seats to have a reliable Dail majority, having ruled out Sinn Fein because of their looney tunes economic policy and IRA background.

The greening of the program for the next government does not stop there.  There will be a two to one ratio in capital spending on transport infrastructure favoring public transport over roads and private cars.

Up to 10 percent of the total transport budget will go on cycling projects and another 10 percent will go on pedestrian infrastructure. Registration of new diesel and petrol cars will end in 2030 and the existing motor stock will be phased out, which will be difficult if you live in a rural area with little public transport.

There will be major investments in light rail, including the long-awaited Metrolink from Dublin Airport to the city center, as well as expansion in the present Dart and Luas networks in Dublin and the introduction of similar light rail networks in other cities. Improved bus services running on a much-expanded network of bus corridors will be introduced in all cities.

Carbon tax (mainly on petrol and diesel, home heating oil and gas) will be increased in the next five years and will reach €100 euro a ton by 2030, a heavy cost for motorists and homeowners. This is all part of the Green agenda to drive down the use of fossil fuels.

The program also agrees that there will be no further oil or gas exploration in Irish waters and that the planned liquefied natural gas (LNG) plant in the Shannon estuary (to take in imports of fracked gas from the U.S.) will not go ahead.

None of this will be easy and, as we said, it will mean substantial changes in the way we live both in urban and rural areas.  But it is in agriculture where the most profound and demanding changes will have to be faced.   Agriculture accounts for a third of all emissions here, mainly because of the vast size of our national beef and dairy herds which graze in our 40 shades of green countryside.

The program does not put a number on how much these will have to be cut, but the reality is that it will have to be substantial if we are to meet the seven percent annual reduction in emissions.   This is a vital area for the Greens because cattle emit huge quantities of methane which is around 30 times worse than carbon as a cause of global warming.

As you may know, farming here is already on its knees because of low produce prices with even worse to come after Brexit.  Making a living on a mid-size family farm in Ireland is very difficult these days, and what this program includes will make it impossible for many.

The Greens have a vision of a future Irish agriculture which will be much less intensive and more natural.  This would lower emissions, encourage biodiversity, and protect the countryside, they say.   And it would, but it would also drastically lower farm incomes unless the public is willing to pay double for food that is organic.

This is the bottom line here, even though it is buried in a lot of detail in the program about how farming will be supported.  To encourage farmers to make the change, the program includes an expansion of REPS (the rural environment protection scheme) which is a further move towards paying farmers to become custodians of the countryside rather than high volume food producers.  The simple reality is that a drastic cut in cattle numbers here must happen if emissions are to be lowered, but it will devastate farm incomes.

There is a great deal more in the 139-page program for the government which you can read in full if you search online.   There are commitments in housing, health, and other key areas.  Most important are proposals on job creation and kick-starting the economy in the wake of the COVID shutdown.

As always with such programs, a lot of this is aspirational and much will depend on how long the virus lasts here and what happens with Brexit.   There is a definite left-leaning slant to the program, reflecting the Fianna Fail input and the views of the younger members of the Green Party who are no longer just sandal-wearing vegans who knit their own sweaters.   These fiery young Greens are reminiscent of student politics back in the day when we were all left-wing radicals while our parents paid the bills to keep us in college!

Contentious areas, like increasing the pension age, are to be given to panels of experts who will advise on the best path forward, for example.  If the Greens had real guts they would have backed the increase which is necessary so that the state can fund pensions in the future.

Similarly with water.   There is a hosepipe ban here right now because of the lack of rain last month, even though we had a deluge back in February.  Over 40 percent of our clean water is lost through leaking pipes which need to be replaced.

The very first thing the Greens should have insisted on was water charges so that the Irish Water utility could fund massive investment.   But they ducked it because water charges are such an emotive issue here, and instead, the program has vague promises that the state will fund whatever Irish Water needs.

Similarly, the housing promises are just that, promises.  The target of 50,000 social houses over the next five years is just that, a target.

Giving more budgets to local councils ignores the fact that they have not built houses for years and no longer have the staff to oversee such projects.  The requirement that private builders make 10 percent of new developments  "affordable" on top of the 10 percent they already have to offer as social housing will be a disincentive to construction and will end up with the remaining 80 percent of developments costing more.

The proposals on transport are also questionable, especially the Greens obsession with rail.  We all love trains, of course, but the economic reality is that buses are far more efficient and cost far less.  Light rail systems in cities cost an absolute fortune to put in place, as we saw with the Luas in Dublin. Heavy rail for intercity connections is even worse in terms of cost per passenger.

The same applies in many other areas mentioned in the program for government.

There is no doubt that the program is well-intentioned, particularly with its overlay of Green and social concern.   Whether it is realistic and practical, however, is a different story.

Post-COVID and Brexit, the truth is that much of what it contains will be out of our reach because we won't have the money to fund it.