After weeks of slow-moving negotiations, Fianna Fail, Fine Gael, and the Green Party have agreed to a Programme for Government (PfG), outlining the terms on which three of Ireland’s largest political parties can enter into a governing coalition together. 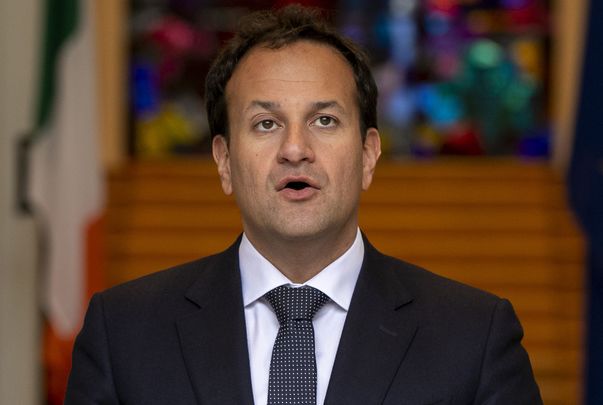 A period of intense public debate is now underway, but with grassroots opposition high and all three parties requiring support from their respective memberships to enter the coalition, it appears that the deal is heading for a quick death.

Irish voters went to the polls more than four months ago in what turned out to be a historic election. Sinn Fein performed remarkably well, notching the most first preference votes and coming within one seat of being the largest party in Dail Eireann. The Green Party also had a strong performance, almost tripling its share of first preference votes and increasing its seat total from 3 to 12.

Fine Gael and Fianna Fail—historically the country’s two dominant political parties—garnered less than half the total votes combined, each of them falling well short of the 80 seats required to form a majority on their own.

It was clear that none of the three largest parties—Fianna Fail, Sinn Fein, and Fine Gael—could form a government without the support of at least one of the other parties, meaning whoever wanted the prize would have to shed past animosities and form a coalition with a rival. There was much speculation that Sinn Fein might form—or even lead—part of the government for the first time in the party’s modern history, but that possibility was bluntly rejected by the leaderships of both Fianna Fail and Fine Gael.

With only one realistic option remaining, the two giants of Irish politics took the unprecedented step of entering coalition talks with each other, bringing the Greens onboard as a way of rounding out the majority. The deal announced on Monday was the result of the ensuing negotiations, but now it must be approved by the memberships of all three parties in order for a government to be formed.

The deal is likely to pass a Fine Gael party conference with little resistance due in part to a voting method that gives the leadership outsized influence, but it will face significant—and possibly insurmountable—challenges in the other two parties.

Large sections of Fianna Fail have openly expressed their opposition to any deal involving Fine Gael. Shortly after the publication of the PfG, a group of more than 50 local councilors formed Fairer Future, a group whose stated aim is to campaign against the deal. Eamon O Cuiv, the high-profile former deputy leader of the party who acts in some ways as a foil to party leader Micheal Martin, told reporters that he would not back the deal.

The reaction of these elements within the leadership has been broadly reflected at grassroots level. The Clare Echo reported that an internal party survey found that 70 percent of local Fianna Fail members are opposed to the arrangement. They “made it very clear in no uncertain terms did they want to go into government with Fine Gael and moreover there was a very strong response in opposition to the Greens,” said Michael Enright, chairman of the party’s Clare constituency branch.

Tom Cahill, president of Fianna Fail’s youth wing, Ogra Fianna Fail, said in a statement, “Ogra voted on the 29th February to oppose the principle of entering coalition with Fine Gael. That remains the position of Ogra as an organization.” He added, however, that it would support the democratically expressed will of the membership if it endorsed the deal.

Although it will be a difficult campaign, the leadership needs only a simple majority to proceed with this Programme for Government, an outcome that is entirely possible. A recent Irish Times opinion poll suggests that 53 percent of Fianna Fail members would like the party to form a coalition with the other two.

But that still leaves the Greens, where the deal is likely to face its stiffest test. Several party members have voiced their opposition to the agreement, and the same Irish Times poll suggests that less than half of party members are in favor. This is particularly damning because Green Party rules stipulate the two-thirds majority is required to enter any governing coalition.

Much of this opposition was evident before the deal was published. “I’m implacably against the coalition parties that we’re in discussions with,” John Barry, a former leader of the Green Party in Northern Ireland and now a lecturer at Queen’s University Belfast, said in an interview last week. “So I’ll be voting against it.”

“I think a very small proportion of the party were from the get-go not wanting a deal with Fianna Fail or Fine Gael,” said Saoirse McHugh, a popular figure on the party’s left-wing who unsuccessfully campaigned for a seat in the Mayo constituency in the general election, “and I think a lot more people have been turned off it bit by bit.” McHugh told reporters after the deal was published that she would not back it.

This opposition is partially rooted in a desire to upend the status quo and forge a new social contract between the government and the public. “We should be radical,” Barry said, “the Greens have a chance now to contribute to breaking Civil War politics. Releasing the country from the grip of Fianna Fail and Fine Gael by not propping them up.” McHugh said she did not believe any deal emerging from talks with those parties would be supported by the membership.

There is no serious doubt that the Programme for Government will pass the special party convention being held on Thursday. “My sense is that the two-thirds majority needed will not materialize,” said Barry.

If the deal does die on the floor of the Green Party convention, Fianna Fail and Fine Gael could try to cobble together another coalition with some combination of the remaining smaller parties, but it is far more likely that the country will be heading for another election before the end of the year.

It is unclear what would happen in that scenario, but opinion polls suggest that a large section of the public has thrown its weight behind Fine Gael and that support for Sinn Fein remains high, both of which have occurred at the expense of Fianna Fail. Support for the Greens has risen, but as some members acknowledge, the party could be unfairly held responsible for killing the deal if the public is forced back to the polls for an unwanted election.

In the end, it is the parties who harbor the strongest opposition to the deal that could stand to lose most if it doesn’t take effect. Now, as the parties deliberate over how best to respond, the near future of Irish politics will be shaped by the decisions they make in the next few weeks.

Read more: Has Ireland’s government gone too green too soon?