American actor and climate activist Mark Ruffalo does not want to see fracked gas brought from the US to Ireland. 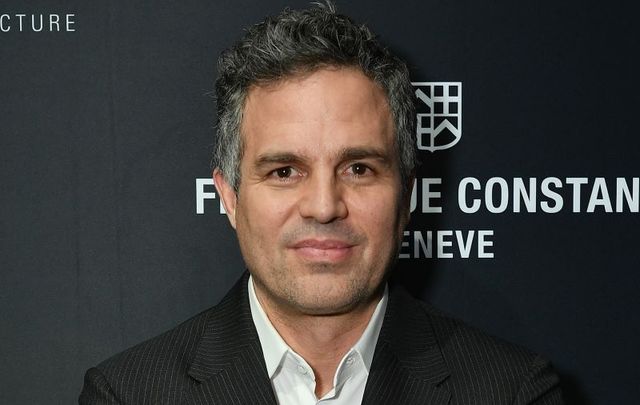 Mark Ruffalo does not want to see fracked gas brought from the US to Ireland. Getty Images

Mark Ruffalo, American actor and climate activist, is imploring the Irish government to reject the proposed Shannon LNG project which could see fracked gas imported to Ireland from the US.

Read More: Ireland to ban sales of new petrol and diesel cars by 2030

According to Shannon LNG [Liquified Natural Gas], the project has “planning permission to build an LNG import terminal with gas send-out capacity of up to 28.3 million standard cubic meters per day (MMscm/d).”

The proposed terminal would be located at the Shannon Estuary, which has its main boundary between County Kerry / County Limerick to the south and County Clare to the north. The terminal could be importing fracked gas from the US, which Ruffalo is opposed to citing health and environmental concerns.

On October 21, Ruffalo told The Irish Independent in a phone conference: “I want to speak particularly about the harm you’re doing to your brothers and sisters here in America.

“The one thing is that we all have come to realize is that climate change is a global issue and that what you do there affects us here, that all the boundaries and ideas of a country and a city or a state are all obliterated in the face of climate change.

“I have been to the communities that you guys will be extracting from and you are literally killing people and you’re poisoning people.

“You are creating what the oil and gas industry themselves call sacrificial zones where there are sacrificial human beings to bring you the gas that you believe you need for a quick fix that isn’t going to fix the long-term problems of energy.

“Irish people have always been so thoughtful and so courageous and have earned that through the fights and struggles that your people have made.

“You know what it’s like to be at the receiving end of a system that’s unfair and looks at you as sacrificial and that’s what you’re doing to Pennsylvania.

“It’s ridiculous that you would think that that would give you energy security because all that has to happen is one major storm or that a country as craven as the United States is becoming these days would just say hey, you know what, it’s not in our energy security interests to send it to you.

“So you’re at the whim of the United States which is increasingly becoming more and more unstable and unreliable on the world stage. So I would say if you’re serious about energy security, then you do it in your country with the resources that you already have available to you.”

Read More: Irish environmentalists have a message for Donald Trump at Doonbeg

On October 23, Virgin Media's The Tonight Show shared this video that Ruffalo recorded echoing his message:

"I implore you not to continue this terrible process by bringing that gas to you.” - On The Tonight Show @MarkRuffalo calls on the Government to withdraw support for for the Shannon LNG gas terminal project amid claims it will allow fracked gas into Ireland. #TonightVMTV pic.twitter.com/vsD1HTAfLP

Ruffalo said: “The reason that I oppose the Shannon LNG terminal is because you’ll be getting your fracked gas from the United States. I’ve been fighting against fracking, hydrofracking, and the poisoning of our communities for the last ten years, and I’m here to tell you that the gas you’ll be getting is harming people here and killing them. I implore you not to continue this terrible process by bringing that gas to you. Think of your brothers and sisters over here in America and do the right thing.”

Read More: Ireland announces closure of bogs as fuel source - is it too little too late?

“At this stage, other than the streamlining of the permit granting processes, the only practical benefit to Shannon LNG being designated as a project of common interest (PCI) is the possibility of applying to the Connecting Europe Facility for grant aid.”

“Ireland is one of the most dependent countries on fossil fuels,” Bruton said, adding that the Irish government has a "fundamental duty" to protect Ireland's energy security.

“In the next decade we will fully exit from peat and coal to generate electricity and we will reach 70 percent renewable electricity. In making these critical changes, we must ensure our energy security is maintained. It is critical to protecting our people, our homes, our farms, and our businesses.”