"In modern society, an organization like the Orange Order which explicitly excludes Catholics from being members is an anachronism." 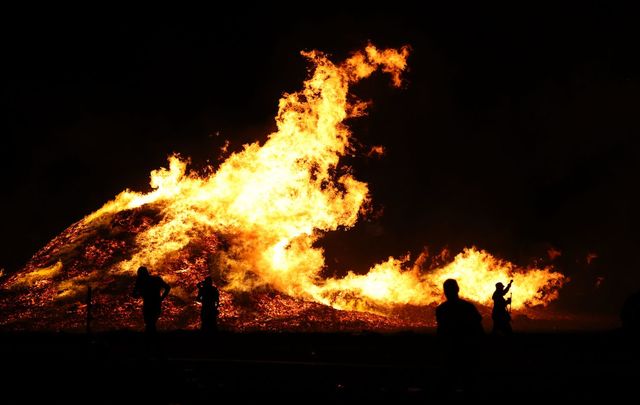 July 12, 2022: The Larne Bonfire after falling over on fire on the Eleventh Night or 11th Night referring to the night before the Twelfth of July. RollingNews.ie

It's that time of year again, the week of the 12th of July, when loyalists celebrate their cultural heritage in Northern Ireland with flag waving, marching bands, speeches, and bonfires. While in the past the day has seen triumphalist expressions of power, this year it is considerably different.

The past five years have seen monumental change in the political landscape in the North. Unionists lost their majority in the Northern Assembly in Stormont after the 2017 Assembly elections.

In the 2019 British general election, they lost their Westminster majority, and now in the most recent Assembly elections, they lost the power to nominate the First Minister. To add insult to injury, the usual wall-to-wall coverage of the parades by the BBC has been canceled.

The Orange Order organizes the marches on the 12th, a unionist organization based mainly in the six counties but with active branches in Donegal, Cavan, Leitrim, and Monaghan. The bonfires, on the other hand, which take place on the night of the 11th, are controlled by loyalist groups of varying legitimacy and credibility.

Loyalism would be to unionism what the Tea Party is to Republicans in America – a fringe group, not afraid to take direct action and brooking no opposition, a generally unsavory group of people.

Dare I say it? A basket of deplorables.

Ostensibly an opportunity to commemorate the Battle of the Boyne, the events on the 12th generally span a spectrum of religious services, family day out, historical re-enactments, right down to bonfires and fireworks descending in some areas to recreational rioting by drunken yobs. It’s a period of tension between loyalist and nationalist communities and an extremely busy week for first-line responders in the police, ambulance, and fire services.

Sadly, celebrations got off to a tragic start this year when a father of two, in his mid-30s, died, having fallen 50 feet while building a bonfire from wooden pallets. A tragedy for his family and friends added to by some unsavory social media commentary.

These self-proclaimed “cultural sites” where the bonfires take place are a source of community strife, with concerns about environmental hazards, drunken behavior, and intimidation of residents. These bonfires can be well over 100 feet tall with the largest bonfire in 2021 which was in Larne, north of Belfast, reported to be almost 150 feet tall and constructed from almost 18,000 pallets supported by rubber tires, and all at a cost of $24,000.

These sites also typically have anti-Catholic messages and slogans such as KAT, standing for Kill All Taigs (a sectarian term for Catholics). The Irish Tricolor is also ritually burned at these “cultural” events as have, in the past, effigies of the pope.

The Orange Order has distanced itself from these bonfires, but they can’t detach from one of the grossest acts of naked sectarianism that occurred in the past 12 months. Namely the song besmirching the memory of murdered Michaela McAreavey which was filmed being sung in an Orange Order hall in Dundonald in May of this year.

While the Orange Order condemned it, a statement by a member in The Irish Times was hardly comforting. “It is not the case that every member of the order hates Catholics," we were told. That’s all right then; it’s only some. 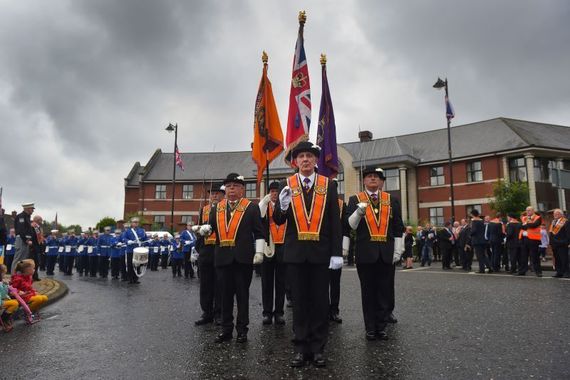 In modern society, an organization like the Orange Order which explicitly excludes Catholics from being members is an anachronism. But don’t tell that to Queen Elizabeth, who recently awarded the grand secretary of the organization a coveted MBE award.

To add further angst to loyalists is the loss of their “great white hope” in Westminster with Boris Johnson having to resign as prime minister. Despite the fact that Johnson had thrown unionism under a bus on a number of occasions, unionists still hoped that he would get rid of the reviled Brexit Protocol deal with the EU.

While the Protocol will figure prominently in the debates for the new leader of the Conservative Party, mainly because of the solid block of anti-EU MPs, it’s felt that with the emphasis on the economy that will be required in the current conditions, a new UK government will not pick a major fight with the EU.

Of more concern generally is the interim Northern Ireland Secretary of State Shailesh Vara. He replaces Brandon Lewis who resigned from cabinet. 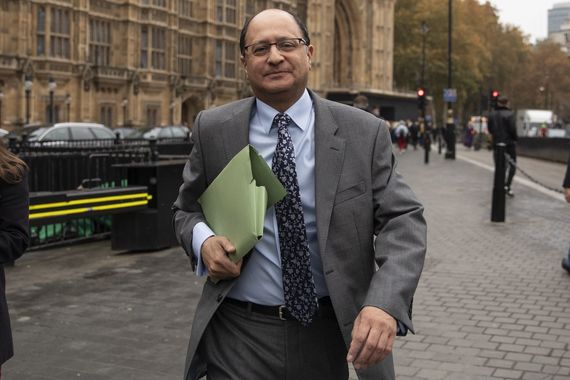 Lewis’ record in Northern Ireland was less than impressive and he leaves with no functioning executive government in place and the Good Friday Agreement under serious threat. Not a particularly high bar then to measure the new minister’s effectiveness.

However, a story in The Sunday Times that says when Vara was last in the North as a junior minister he wanted to know if he required a passport to visit Derry, the second largest city in the North. Hard to take him seriously then when he was so lacking in knowledge of the geography of the place, but given that he is unlikely to last after September. The hope must be that he doesn’t do any further damage to inter-community relations in the North and between governments.

Within the broader unionist family, there is a move towards change. Doug Beattie, the leader of the Ulster Unionist Party, has courageously defined a new type of unionism that incorporates a multiplicity of identities.

He has previously stated that “there’s so much that represents me. Gaelic games, the Irish language, shamrock, Guinness, ‘God Save the Queen,’ the sash, Ulster rugby, Irish rugby – all of these things represent me. And the point is, how do we show respect not just to each of those aspects, but respect in how we promote our different identities?”

Jeffrey Donaldson, the leader of the largest unionist party, has also in the past condemned the burning of Irish flags and anti-Catholic rhetoric and graffiti. Change is happening and the recent Assembly elections showed a move towards the moderate center ground. 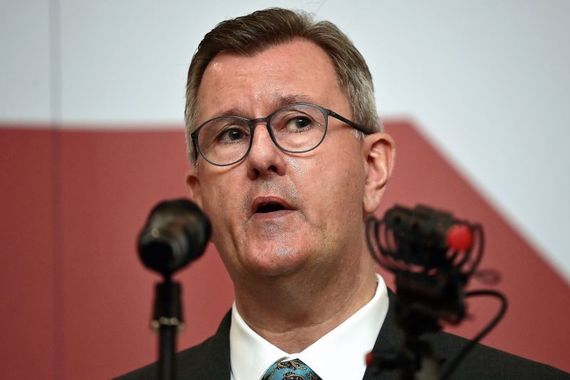 What does a traditional 12th parade look like? Well, four years ago I was a guest at one in rural Co Fermanagh.

The day started off very pleasantly, with bands playing church music as they walked around a two-mile looped circuit. Families gathered in a field and picnicked, renewed old acquaintances, and children played in a friendly atmosphere.

The then-leader of the Democratic Unionist Party, Arlene Foster, greeted people openly with little visible security. However, when the speeches started, a sectarian thread that was anti-Catholic and anti-Irish government ran through them all, and while no one had been anything other than friendly to me it was time to leave. 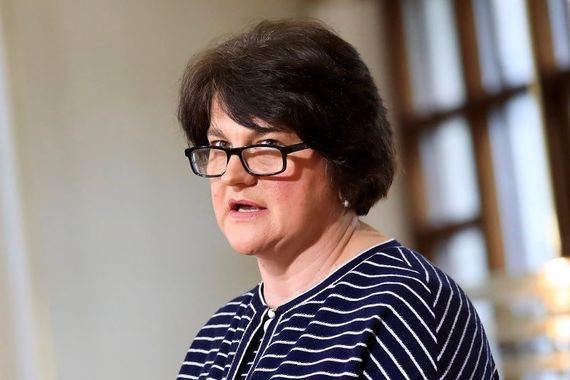 So, while in a shared Ireland there is room for all traditions and cultural expressions, there also needs to be mutual respect and tolerance. The unionist family needs to recognize sectarianism when it sees it and call it out. It exists in the Orange Order, and the din from Lambeg drums and flute bands can’t drown that out.

*This column first appeared in the July 13 edition of the weekly Irish Voice newspaper, sister publication to IrishCentral. Michael O'Dowd is brothers with Niall O'Dowd, founder of IrishCentral and Irish Voice.