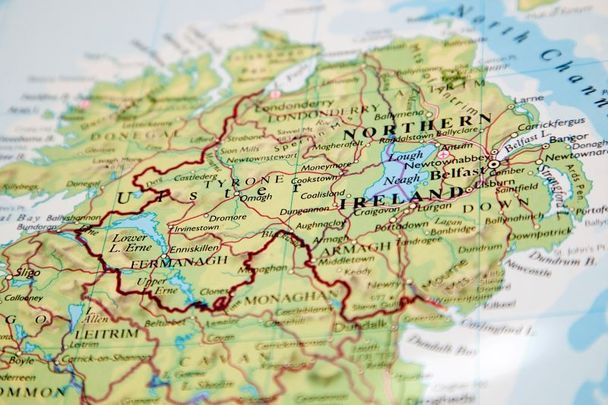 The Northern Ireland Protocol Bill passed through the second reading stage in the UK House of Commons on Monday, June 27, with MPs voting 295 to 221 in favor.

The British government claims that the new legislation “aims to fix parts of the Northern Ireland Protocol, restore stability, and protect the Belfast (Good Friday) Agreement," however the legislation has been met with considerable pushback both in the UK and abroad.

UK Foreign Secretary Liz Truss said ahead of Monday's second reading: “Our overriding priority is protecting the Belfast (Good Friday) Agreement, the bedrock of peace and stability in Northern Ireland - as it stands the Protocol is undermining this delicate balance.

“This legislation will fix the problems the Protocol has created, ensuring that goods can flow freely within the UK, while avoiding a hard border and safeguarding the EU Single Market.

“A negotiated solution has been and remains our preference, but the EU continues to rule out changing the Protocol itself – even though it is patently causing serious problems in Northern Ireland – which therefore means we are obliged to act.”

During Monday's debates, MP and former UK Prime Minister Theresa May offered blistering criticism of the proposed Bill, insisting, in part, that it will "diminish the standing of the United Kingdom in the eyes of the world."

Earlier on Monday, Brandon Lewis, Northern Ireland’s Secretary of State, said that the Protocol is "causing problems" and that the government has "a solution."

The NI Protocol is causing problems for people, businesses & society across Northern Ireland.

We have a solution to fix these problems & protect the Belfast (Good Friday) Agreement: https://t.co/se4518KpKOpic.twitter.com/MyvOveIOjs

Sir Jeffrey Donaldson, head of the Democratic Unionist Party (DUP), which collapsed Stormont earlier this year and is refusing to go into power-sharing as a form of protest against the Protocol, argues that the Protocol is causing harm in Northern Ireland.

On the day when the Protocol Bill has its second reading in the House of Commons, @duponline has distributed this report to MP’s on the harm the protocol is doing to businesses and consumers, to political stability in Northern Ireland and to the Union. https://t.co/ADEfExtwSH

Ahead of the debates on Monday, Colum Eastwood, head of the SDLP, said on Twitter that the proposed legislation will "make things much worse."

No it won't,it will make things much worse and you know it. https://t.co/VbAp0SifSt

MP Stephen Farry, deputy leader of the Alliance Party, says the Bill would do "immense harm."

The Protocol Bill is not wanted by a clear majority of people in NI. The business community have voiced huge concerns. This Bill would do immense harm to NI and whole UK. Only way forward lies through constructive negotiations. https://t.co/ceofmH6IDb

In Ireland, Taoiseach Micheál Martin told reporters on Monday: “One cannot trivialize the breaching of an international agreement between the United Kingdom government and the European Union.

“My concern is a trend towards unilateralism that’s emanating from the UK Government.

“We have it now on the Protocol. We’ve had it on legacy issues.

“This is not a good move by the British Government and it has to accept that unilateralism does not work in the context of the Good Friday Agreement or indeed in the context of good relationships with your neighbors and with the European Union.”

Ireland’s Minister for Foreign Affairs Simon Coveney said in a statement that he is “hugely disappointed” that the British government is pursuing “its unlawful unilateral approach” to the Protocol.

“This is not the way to find sustainable solutions to the genuine concerns of people and business in NI and only adds to uncertainty,” Coveney said. “I continue to urge the British government to return to constructive dialogue with the EU in pursuit of jointly agreed, long-lasting solutions.”

It will damage the GFA, not protect it.
It’s a breach of Int. Law & will damage the UKs reputation.
It’s against business & majority opinion in NI.
It’s unnecessary UK unilateral action when partnership & compromise is on offer from #EU.

This Bill is no fix.

TD Thomas Byrne, Ireland’s Minister for European Affairs, said it is "regrettable" that the UK is pushing ahead with the bill.

It is regrettable that the UK Government has decided to press ahead with a Bill which seeks to break international law.

No treaty can be unilaterally amended. @EU_Commission & @MarosSefcovic remain open - as always - to negotiate and to find mutually agreeable solutions.

1,200% increase in number of Britons applying for Irish citizenship since Brexit