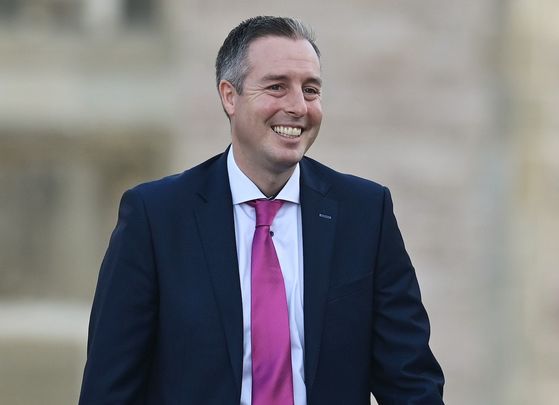 Speaking to the press he said he was resigning as he believes unionists were expected “to be seen and not heard” on the issue of the Northern Ireland Protocol. Givan's resignation comes days after his DUP colleague Edwin Poots ordered a halt to agri-food checks at Northern Ireland ports.

Givan's move, which went into effect at midnight on Feb 3, means an immediate collapse of the Northern Ireland Assembly (the Parliament) as Sinn Féin's Michelle O'Neill, the Deputy First Minister will be automatically stripped of her position. While other Stormont ministers can maintain their seats the Executive can no longer meet or make policy decisions.

Speaking to the media at the Crowne Plaza Hotel in south Belfast, on Thursday evening, Givan said “Our institutions are being tested once again and the delicate balance created by the Belfast and St Andrews Agreements has been impacted by the agreement made by the United Kingdom Government and the European Union which created the Northern Ireland Protocol.

He added, "The consent principle is a cornerstone of the Belfast Agreement and it is my earnest desire that all sections of the community will soon be able to give consent to the restoration of a fully functioning executive, through a resolution to the issues that have regrettably brought us to this point."

DUP leader Jeffrey Donaldson said "Now is the moment when we say 'Enough'.

"We are clear that the protocol represents an existential threat to the future of Northern Ireland's place within the Union (of the UK's four nations). The longer the protocol remains, the more it will harm the Union itself." 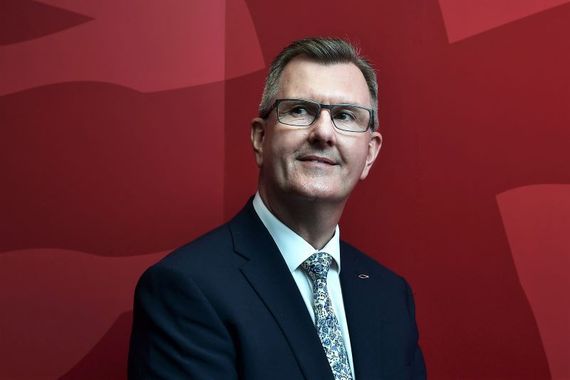 Givan's resignation has been condemned by Taoiseach (Irish leader) Michéal Martin, and the United Kingdom's Northern Ireland Secretary, Brandon Lewis among others.

The President of Sinn Féin, Mary Lou McDonald has told the press an election "must be called".

She said, on Thursday, "In the absence of a functioning Executive an early election must be called.

"We need to be clear the DUP actions have consequences, real consequences for people struggling with the cost of living.

"It is a matter of disgrace that the budget now won’t be passed and that investment in services such as cancer care and mental health are now in serious jeopardy.

"Today’s decision for Paul Givan to resign from the Executive is all about the DUPs own narrow and self-serving political interests." 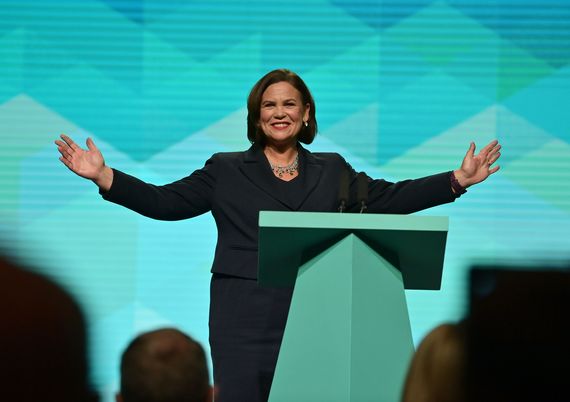 The British government’s Northern Ireland secretary Brandon Lewis said: "The decision by the DUP to withdraw the First Minister from the Northern Ireland Executive is extremely disappointing.

"I urge them to reinstate the First Minister immediately to ensure the necessary delivery of public services for the citizens of Northern Ireland."

In a statement, the Taoiseach said: “It is absolutely vital for peace and prosperity in Northern Ireland that the Executive is delivering for the people of Northern Ireland, particularly now as we emerge from the Covid pandemic.”

“The Protocol is part of an international treaty agreed and ratified by the UK and EU, to protect the Good Friday Agreement in all its dimensions.

“The UK has an obligation under international law, and under its own domestic law, to ensure it meets is obligations under the Protocol,” he added.

Mr Martin said the talks between the EU and the UK “must be given every chance to succeed”.