Boris Johnson defies a chorus of criticism from the EU, Ireland, most of Stormont, the opposition in Britain, and even from dissidents within his own party with his changes to the Northern Ireland Protocol. 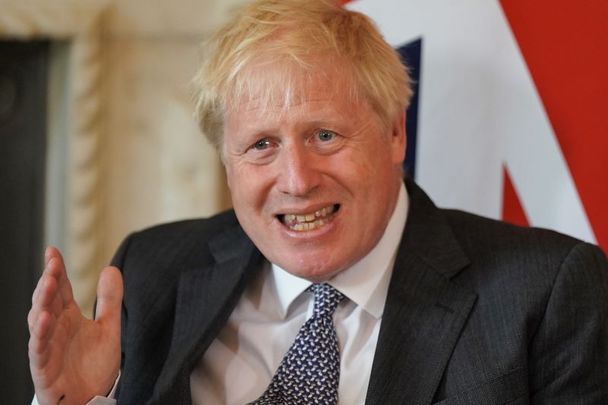 Britain descended into what was described as a “new low” in its relationship with Ireland and now faces crippling trade reprisals from the EU, possibly including restrictions on Scotch whiskey, when Boris Johnson’s government pushed ahead with plans for a law to rip up the Northern Ireland Protocol.

The Protocol is an international agreement to cover trading arrangements between Britain and the EU and to ensure a soft Irish border after Brexit.

But Johnson on Monday published legislation to rip up the Protocol deal. He was under pressure from far-right Tories supporting pro-UK unionists led by the Democratic Unionist Party’s (DUP) Sir Jeffrey Donaldson. The DUP has refused to join a power-sharing government in the North with Sinn Féin unless the Protocol is re-written.

Johnson aims to give his ministers power to override large sections of the Protocol agreed in an international deal just two years ago.

He defied a chorus of criticism from the EU, Ireland, most of Stormont politicians, the opposition in Britain, and even from dissidents within his own party where he is desperately trying to cling on to power after a series of scandals, including lies over breaches of lockdowns in Downing Street offices during the Covid pandemic.

A letter to Johnson signed by 52 out of 90 Stormont Assembly members, including Sinn Féin’s first minister-elect Michelle O’Neill, rejected “in the strongest possible terms your government’s reckless new Protocol legislation.”

The unilateral actions of Boris Johnson are utterly reckless. It is clearly a breach of International Law. The impact on our businesses & economy could be colossal. The pro-protocol parties have jointly written to Boris Johnson today to firmly reject his legislation and approach pic.twitter.com/dzhBVAPJfJ

The publication of Johnson’s bill immediately prompted EU leaders to threaten legal action against the UK, possibly within the next few days.

Maroš Šefčovič, the European commissioner for Brexit, said the commission would look at restarting legal proceedings frozen last year during negotiations on reforming the Protocol.

EU-UK relationship must be based on the full respect of our legally binding commitments.

My statement to the UK government's decision to table legislation disapplying core elements of the Protocol on IE/NI 👉 https://t.co/lLy2sdZdFa. pic.twitter.com/gjTXD7YYHv

EU officials also hinted at upgrading trade sanctions against Britain including, according to the Irish Independent, preparing a hit list of UK export products like Scotch and car components from the English midlands if the draft law becomes reality.

Spoke with @trussliz.
UK Govt now proposing to set aside Int Law, reject a partnership approach, ignore majority in NI & deliberately ratchet up tension with an EU seeking compromise.
We remain open to dialogue to find agreement but his approach adds to instability & is no fix.

Taoiseach Micheál Martin said, “It represents a new low point because the natural expectation of democratic countries like ourselves, the UK, and all across Europe is that we honor international agreements that we enter into.”

The EU has been proactive and flexible in seeking solutions. The Protocol is about creating the best possible opportunities for jobs and investment in NI.

Unilateral action has never worked in the context of the GFA. (2/2)

Johnson downplayed the changes as trivial, describing them as “some bureaucratic simplifications” under the terms of the Good Friday Agreement to meet the demands of one community in Northern Ireland that felt “very alienated.”

He told LBC Radio, “And we have just got to fix that. And it is relatively simple to do it.”

The US has urged Johnson to negotiate with Brussels a settlement to the Northern Ireland problem. President Joe Biden and EU leaders are likely to confront Johnson on the issue at a G7 summit in Germany later this month.

Donaldson cautiously welcomed the bill but stressed “we need to be sure the legislation is going forward” before his party could return to Northern Ireland’s political institutions. It could take up to a year after passages through the Commons and the House of Lords for the bill to become law.

We will consider these proposals against our 7 tests to determine if they meet what is required to achieve the objectives. @J_Donaldson_MP https://t.co/ZBataVc2iN pic.twitter.com/yxh4UhTNJ6

With Johnson’s leadership teetering on the brink and many predicting it won’t last beyond the autumn, the saga of the controversial Northern Ireland Protocol may be far from over.