"The people of Northern Ireland are counting on their elected officials to govern and maintain peace and stability in the region." 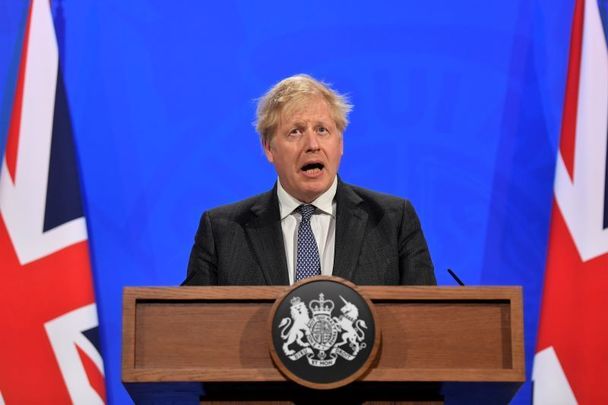 As the United Kingdom's government tabled legislation at Westminster, in London, on Monday night to override parts of the Northern Ireland Protocol, included in Brexit a group of US Congressmen released a statement condemning the British move. The UK government seems to remove some post-Brexit trade barriers for goods moving into Northern Ireland from Great Britain.

United State Congressman Bill Keating, Chairman of the Foreign Affairs Subcommittee on Europe; Congressman Richard E. Neal, Chairman of the Ways and Means Committee and Co-Chair of the Friends of Ireland Caucus; Congressman Brendan Boyle, Co-Chair of the Congressional EU Caucus; and Congressman Brian Fitzpatrick, Ranking Member of the Foreign Affairs Subcommittee on Europe issued the below joint statement in response to the release of the legislation by the United Kingdom that undermines the Northern Ireland Protocol.

The statement reads: “The introduction of legislation in the United Kingdom undermines the Northern Ireland Protocol, threatens international law, and, most concerningly, could jeopardize the almost 25 years of peace established by the Good Friday Agreement. The Protocol is a negotiated solution ratified by UK lawmakers and signed by Boris Johnson to ensure an open border on the island of Ireland and to protect peace and security following Brexit. We encourage the UK and EU to continue negotiations in good faith to achieve durable solutions to post-Brexit trade challenges.

“As members of the United States Congress, we remain committed to protecting and upholding the important legacy of the Good Friday Agreement. We have and will continue to signal to the United Kingdom our support for a negotiated outcome with the EU. The people of Northern Ireland are counting on their elected officials to govern and maintain peace and stability in the region—now is the time to deliver.”

This legislation removed some post-Brexit trade barriers, has faced strong opposition from the European Union, claiming that it breaches international law. The UK government argues that the bill is necessary to address problems with Irish Sea trade and help restore a power-sharing government at Stormont.

Ireland's Taoiseach (leader) Michéal Martin told RTE on Tuesday the legislation is "anti-business and anti-industry". He called the action to change the Protocol a "fundamental breach of trust".

He added that he does not believe the new legislation is well thought out and that it does not represent the realities facing Northern Ireland business.

Unilateral breach of the Protocol is very serious - an international deal ratified by British Parliament and approved by the PM.

It goes to the heart of the issue of trust.

The only way to resolve issues is by substantive negotiations between UK and EU. (1/2)

"But more concerningly this, I think, is really a new low in British-Irish relations, certainly, I think in the last 25 years or so."

She said: "We cannot allow the situation to drift and we cannot allow the Belfast/Good Friday Agreement to be further undermined. That's why the government's determined to act and we're doing so in a reasonable way."

Taoiseach @MichealMartinTD says the proposed UK Protocol plan is "incoherent and damaging" and adds that "it has the potential to destabilise politics in Northern Ireland". | More: https://t.co/nMuTeXhvAd pic.twitter.com/yZEuaFolQk