The British Government signed off on the Northern Ireland Protocol during the Brexit Withdrawal Agreements. Now they want a do-over, putting the Good Friday Agreement in jeopardy. 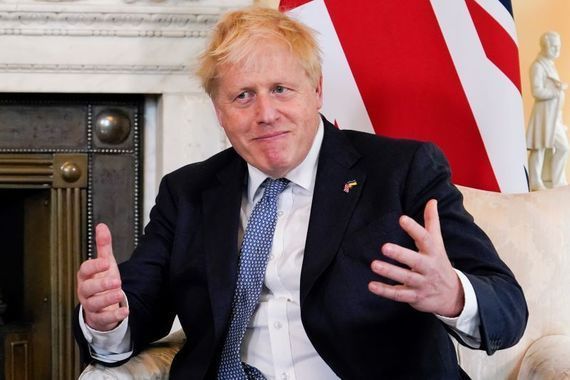 The British government led by Boris Johnson is claiming that they need to get rid of the Irish  Protocol for the sake of the Good Friday Agreement. That is the big lie. They may well destroy the GFA.

The Protocol was put in place to manage the relationships between Northern Ireland, Ireland, Britain, and the Europeans once Brexit was put in place. The British signed off on the international treaty agreeing to all the modus operandi. Now they want a do-over and to withdraw from the Protocol.

Brexit is a trainwreck. Just a week ago  the Organization for Economic Co-Operation and Development (OECD) made an ominous prediction that the United Kingdom would end up as the “second-worst performing G20 country next year, after Russia.”

The reason? The uncertainty over Brexit and its implementation, most notably the British government preparing to tear up the Irish protocol.

Tony Danker,  head of the Confederation of British  Industries, which represents 190,000 UK  businesses, says the seemingly endless Protocol issue has led to a lack of confidence in Britain by overseas investors and would-be international business owners.

He told The Guardian “We do see global firms shorting on the UK right now,” Danker said. “They look at the UK and think there is a lot of  Brexit worry again  and  global companies think ‘Maybe not the UK to invest in right now.’”

Apart from the domestic damage, The British will severely damage the Good Friday Agreement which must have two governments functioning together to succeed given the massive complexity of the implementation of the Agreement across every branch of government.

As the European Union and the Irish government have stated  “The Agreement can only be understood as a collaborative achievement, centering on a strong relationship of trust and communication between the British and Irish governments.

Maintaining close bilateral cooperation is essential to the effective operation of the Agreement and political stability in Northern Ireland.”

Instead the British have refused to negotiate in any serious way. Micheál Martin, the moderate Irish leader,  was pushed into using tough language last week when he stated relations between Britain and Ireland were at a new low.

Now here is the British stated reason why they must renege on the protocol. It is laughable really.

According to the London Times, the British Attorney General Suella Braverman has told Prime Minister Boris Johnson that he can remove and abjure the Northern Protocol because The Good Friday Agreement has a “primordial” significance that trumps Britain’s obligations under the protocol.

Her submission also details “societal unrest” and cites hoax bomb attacks, including one targeting Simon Coveney, the Irish foreign minister. “There are increasing signs of violence in Northern Ireland,” a source in her office said. “That can’t be allowed to carry on.”

In the immortal words of former US Attorney General Bill Barr “Bullshit”. In fact, the police force, the PSNI, lowered the terrorist level threat last week because of reduced violence.

Here  is the real reason why Johnson is abrogating the Northern Protocol his government previously signed up to:

He is out to save his skin after a vote of no confidence last week was uncomfortably close. Most experts believe he is a “dead man walking” politically, but if he can shore up his right flank by tearing up the hated protocol he will surely help his cause, which remains power at all costs.

Boris will cheerfully cause untold damage to the GFA and abrogate an international treaty he had previously signed all in the name of clinging on to Number 20 Downing Street.

Not for the first time Northern Ireland has become a  pawn in a vitally important chess game. Whether the Good Friday Agreement survives this latest goring is unclear. What can we think but “Perfidious Albion.”