On May 23, 1998, the votes counted in the all-island Good Friday Agreement referendums revealed that the Agreement had overwhelmingly support in both Northern Ireland and Ireland. 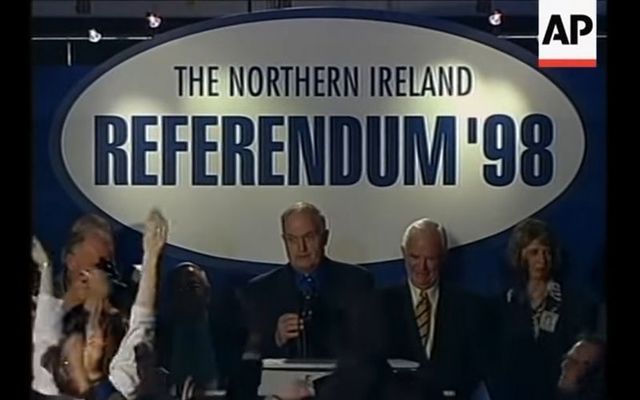 The Good Friday Agreement, which can be read in full here, has been the main source of peace in Northern Ireland over the past two decades, but it comes under increasing threat with rising political tensions and violent conflict in the wake of the Brexit referendum.

The Good Friday Agreement - also known as the Belfast Agreement - was signed on April 10, 1998, and represented the most important and enduring development of the Northern Irish peace process. 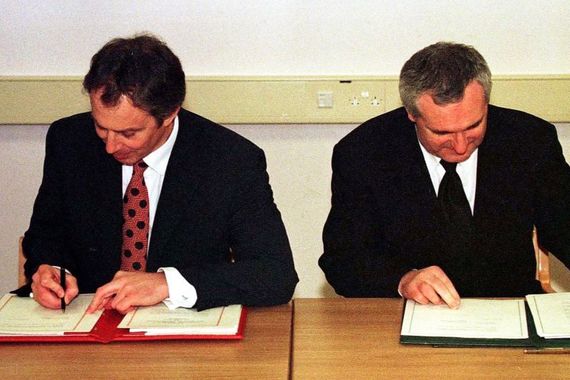 The Agreement halted most of the violent conflict in the region after it was approved by voters across the island of Ireland in two separate referendums held on May 22, 1998.

The following day, May 23, it emerged that the Good Friday Agreement found a majority of support in both referendums - 71% supported it in Northern Ireland while 94% supported it in Ireland.

It subsequently came into law in December 1999 and is now part of the Irish Constitution.

The historic agreement, which was signed by most political parties in Northern Ireland, additionally recognized that the majority of Northern Irish people wanted to remain in the United Kingdom, although it also recognized that a substantial section of the region wished for a United Ireland.

Contentiously, the Agreement allowed for the release of nationalist and loyalist terrorists who were sentenced before April 10, 1998, while it also allowed Northern Irish residents to identify as British or Irish or both.

Additionally, the Agreement created open borders between Ireland and Northern Ireland void of any checkpoints - a clause that has come under threat since Britain voted to leave the European Union.

The potential return of a hard border between the two states was a constant sticking point during the Brexit withdrawal negotiations and eventually led to the Northern Ireland Protocol - a contentious agreement that created an invisible border in the Irish Sea for certain goods traveling between Northern Ireland and Great Britain.

The riots have marred the 23rd anniversary of the signing of one of the most important agreements in modern Irish history and serve as a timely reminder of the fragile peace that the agreement brought.

While the agreement brought an end to most of the violent conflict in Northern Ireland, it was only a line in the sand and should only ever be viewed as the beginning of the peace process rather than the end. There is plenty of work to do to ensure the continued survival of the agreement and peace in Northern Ireland lest the region falls back into the dark days of the Troubles.