For the first time ever, a nationalist party has the right to nominate a first minister in Northern Ireland. 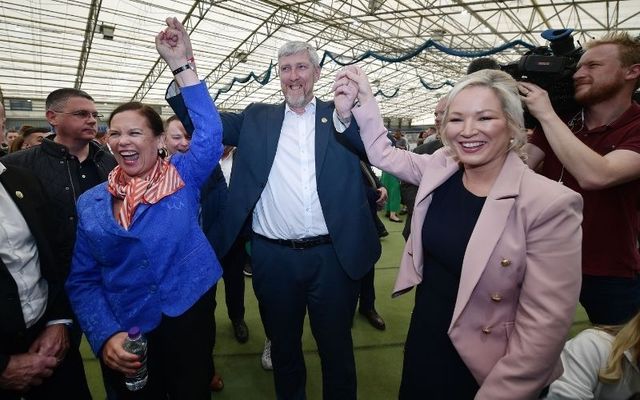 All 90 candidates were elected to the Northern Ireland Assembly following the third day of counting on Saturday, with Sinn Féin winning 27 seats.

For the first time ever, a nationalist party has the right to nominate a first minister in Northern Ireland.

The historic election represents the first time that a unionist party will not be the largest party in Northern Irish politics since the foundation of the state in 1921.

The Democratic Unionist Party (DUP), which won 25 seats in this year's election, had been the largest party in the assembly since 2007 but saw its vote share drop significantly this year.

Meanwhile, the cross-party Alliance Party won 17 seats in this year's election, more than doubling the eight seats that it won in 2017.

Elsewhere, the Social Democratic and Labour Party won eight seats in a disappointing election, losing four seats compared to 2017, while the Ulster Unionist Party dropped by one seat to nine.

The Traditional Unionist Voice and People Before Profit each won one seat, while two independent unionists were also elected.

As the second-largest party, the DUP is entitled to nominate a deputy first minister, but party leader Sir Jeffrey Donaldson has indicated that the party will not be returning to the Executive until the British Government addresses concerns about the Northern Ireland Protocol.

Taoiseach Micheál Martin said it was vital that power-sharing was restored quickly, arguing that it was critical "for progress and prosperity for all in Northern Ireland".

Northern Ireland Secretary of State Brandon Lewis also called for a quick restoration of power-sharing, stating that the people of Northern Ireland had sent a clear message.

"They were clear that they want a fully functioning devolved government in Northern Ireland, they want the issues around the protocol addressed, and that they want politics to work better," Lewis said.

The assembly will reconvene next week in an attempt to form a power-sharing government.