Prime Minister Boris Johnson announced his resingation on Thursday after a massive wave of resignations, including Northern Ireland's Secretary of State Brandon Lewis. 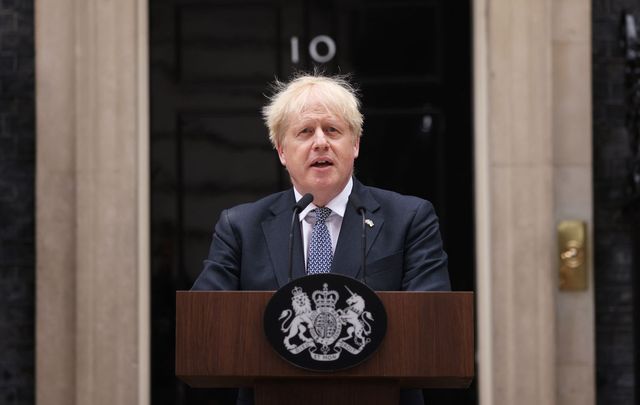 British Prime Minister Boris Johnson announced that he would step down from his position on July 7 after 59 Members of Parliament resigned.

Johnson said, "it is clearly the will of the Conservative Party that there should be a new leader" in remarks delivered outside 10 Downing Street on Thursday.

Johnson has said he would stay on until October and "serve until a new leader is in place". The leader said he'd fought so hard to keep his position because he felt it was his "duty".

Earlier on Thursday, Brandon Lewis announced that he would be resigning from his post as Secretary of State for Northern Ireland. He had been in the role since February 2020.

Lewis tweeted that a "decent and responsible" government relies on "honesty, integrity and mutual respect".

He added that he "must leave" the government as "I no longer believe those values are being upheld". 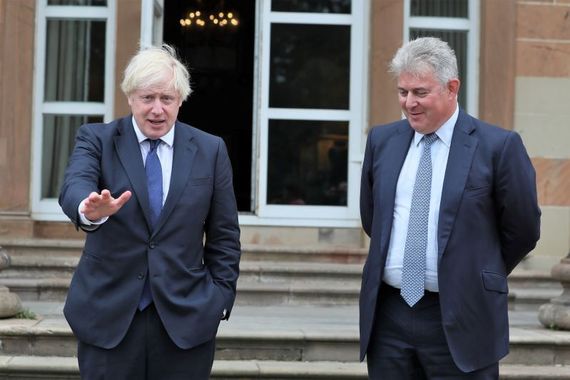 In his letter to Johnson, Lewis said: "I have given you, and those around you, the benefit of the doubt. I have gone out and defended this government both publicly and privately. We are, however, now past the point of no return.

"I cannot sacrifice my personal integrity to defend things as they stand now. It is clear that our party, parliamentary colleagues, volunteers and the whole country, deserve better."

A decent and responsible Government relies on honesty, integrity and mutual respect - it is a matter of profound personal regret that I must leave Government as I no longer believe those values are being upheld.

I have submitted my letter of resignation to the Prime Minister. pic.twitter.com/EG6u52BdDc

A huge privilege to return to the Northern Ireland Office as Secretary of State. Having served previously in the Department I recognise the immense contribution of Northern Ireland, and its people, to the UK and I look forward to representing those interests at the Cabinet table.

Vara was previously a minister in the Northern Ireland Office before quitting in protest at former prime minister Theresa May's proposed deal with the European Union in 2018.

Vara, as a replacement for Lewis, sees Northern Ireland getting its fifth secretary of state in six years.

Vara will now deal with the Northern Ireland Protocol legislation, the controversial Troubles legacy bill, and restoring devolution at Stormont.