Effigies featuring the faces of Naomi Long, Michelle O'Neill, and Mary Lou McDonald that were hung on a bonfire in Carrickfergus, Co Antrim on July 12 are reportedly being investigated by PSNI. 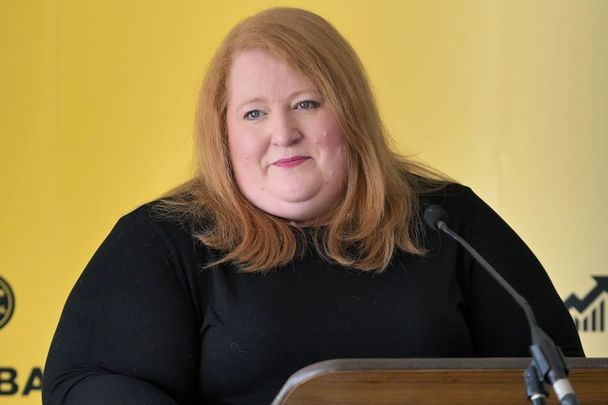 Naomi Long, the head of the Alliance Party in Northern Ireland, is speaking out after an image of her face, along with Sinn Féin's Mary Lou McDonald and Michelle O’Neill, were featured on effigies at the bonfire in Glenfield, Carrickfergus, Co Antrim yesterday, July 12.

“So, having become accustomed to seeing my posters burned on bonfires, I honestly thought nothing could shock me anymore," Long, who is also the Minister for Justice in Northern Ireland, wrote on Twitter today, July 13.

"However, late last night I received photos of effigies of me, @moneillsf [Michelle O'Neill] and @MaryLouMcDonald hanged on the bonfire at Glenfield in Carrickfergus.

“I'm not sharing the images due to risk of distressing families who have lost loved ones by suicide. And because they are utterly sick.

“I will, however, be sharing them and the pictures of the bonfire builders standing proudly in front of their creation with the police.

“These were not last minute additions. There are photos of a children's "fun day" taking place at this fire while our effigies were hanging on it. Some local businesses even sponsored it.

“What kind of parent would see that and think it's acceptable for their child to see?

“I felt physically sick at those photos - not just at the effigies but at the festering hatred and sectarianism they represent; hatred that not only persists in our community but is being passed on to the next generation as normal.

“This has to stop.

🧵So, having become accustomed to seeing my posters burned on bonfires, I honestly thought nothing could shock me anymore. However, late last night I received photos of effigies of me, @moneillsf and @MaryLouMcDonald hanged on the bonfire at Glenfield in Carrickfergus. >

“The police service is aware of images which have emerged showing effigies placed on a bonfire in Carrickfergus and are investigating," A PSNI spokesperson told the PA News Agency on Wednesday.

Photos of the effigies hung from the bonfire circulated on social media last night, July 12, the same day that politicians from several parties hit out at the sectarian nature of some of the bonfires across Northern Ireland.

The Police Service of Northern Ireland had said earlier in the day on Tuesday that it would be "gathering evidence" after it received a number of complaints about flags, effigies, election posters, and other emblems being placed on bonfires.

Long received support from her party members after raising the issue on Twitter. Deputy Leader Stephen Farry MP said the incident was "absolutely disgusting," Cllr Stephen Donnelly labeled it as "vile and poisonous," and Dr. Patricia O'Lynn MLA slammed it as "disturbing and hate-fulled."

Sinn Féin MLA Gerry Kelly said in a statement: "The burning of flags, posters, and effigies which included First Minister Elect Michelle O’Neill, party leader Mary Lou McDonald and other political figures on bonfires is wrong, deeply offensive and is a hate crime."

He continued: “The police say they have been gathering evidence on these hate crimes, what the public needs to see is action.

“All this highlights the need for safeguarding regulations around bonfires which has become an imperative.

“No bonfire should pose a threat to the safety of people, property or the environment or be an excuse for people to vent hate.”

“Sinn Féin has reported a number of hate crimes to the PSNI related to bonfires.

“The police say they have been gathering evidence on these hate crimes, what the public needs to see is action.” @GerryKellyMLA https://t.co/sdMFjrI8ac pic.twitter.com/Q3UjZWsAJ0

Doug Beattie, head of the Ulster Unionist Party, said the display was "utterly vile" and that "Hanging effigies on bonfires does not represent the union and unionist culture I believe in."

Utterly vile.
Hanging effigies on bonfires does not represent the union and unionist culture I believe in.
Staying silent cannot be an option. https://t.co/uoWhQW0Mrg