Niall O'Dowd recounts waiting for the historic IRA ceasefire announcement in August 1994 and the impact it had. 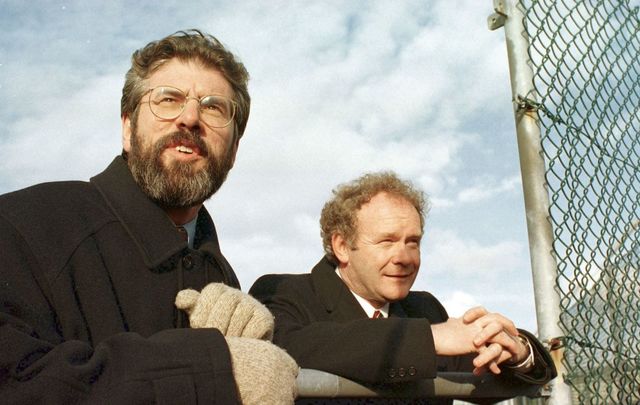 On August 31, 1994 – the day of the historic IRA ceasefire that brought the beginning of the end to the North’s Troubles – I was working out in a gym in a Dublin hotel.

We had been told by our IRA contact to “wait for the Angelus bell”, the prayer that stops Ireland twice a day at noon and 6 pm, for their ceasefire announcement. It was just coming up to noon and the radio in the gym was blaring.

I had just come from Belfast with a small group of Irish Americans – Chuck Feeney, Bruce Morrison, Bill Flynn, and Joe Jameson – where we had met with Sinn Féin leaders Gerry Adams and Martin McGuinness as a crush of media waited outside.

The five of us were intermediaries between President Clinton, who could not talk directly to Sinn Féin, and the Republican leadership.

For almost three years we had been shuttling back and forth between Belfast and Washington and taking part in many covert telephone calls where code words were the order of the day.

We had proposed to the White House and won the Gerry Adam visa of February 1994 that brought the Sinn Féin leader to the US. Now the IRA was set to end their campaign. 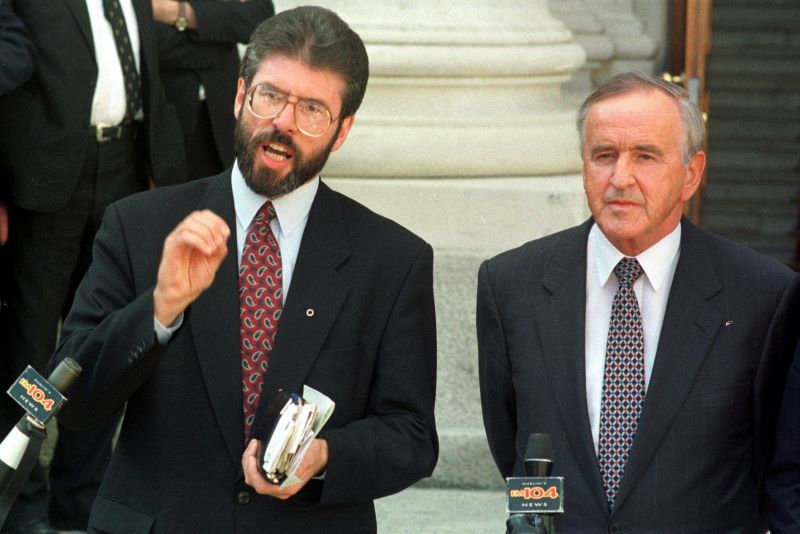 April 6, 1994: Sinn Fein President Gerry Adams and Taoiseach Albert Reynolds on the steps of Government buildings in Dublin after their historic meeting. (RollingNews.ie)

Or were they? Like everything else in Northern Ireland, it was going to be opaque until the last possible moment.

Rumors that it would be a limited ceasefire, unacceptable to everyone, abounded. We were pretty certain after our meeting with Adams, McGuinness, and other leaders it would not be limited, but who knew?

Right after the Angelus bell, RTÉ, Irish national radio, broke into its programming to announce that a ceasefire of unlimited duration had been declared.

It was a magnificent moment, for Sinn Féin, for Irish America, but mostly for Ireland.

In the lobby of my hotel, the pages starting coming. One call was from Ted Kennedy who had played such a critical role in getting President Clinton to take a chance on Sinn Féin after our urging.

I was invited on the prime-time news program on RTÉ and Albert Reynolds, the Irish leader who had done so much to bring the historic event about, entered the green room.

He was as high as could be, as high as any politician I had ever seen, and rightfully so. He grabbed my hand and practically squeezed the life out of it.

This was his magnificent moment, Ireland’s wonderful moment.

Incredibly, a few months later he would be out of power, a true example of the vagaries of politics.

But this day belonged to him and a few others, especially John Hume and President Bill Clinton who had taken such risks for peace, and Martin McGuinness and Gerry Adams who made it happen.

It is now long ago and far away and the peace has held – unsteadily at times – overcome a breakdown in the ceasefire and survived many other threats to bring it down.

Back in 2014, I was with the Ireland Funds in Belfast and we visited a Catholic school where the pupils told us they wanted far more interaction with their Protestant neighbors.

They were growing up in a different Ireland, one that gave them confidence and an outlook that society could come together, not fall apart. It did my heart good to listen to their hopes and dreams and their acceptance of peace as a natural state.

The IRA ceasefire started that momentum in 1994 - long may it continue.