Irish Travellers ruled by law as an ethnic minority in 2000 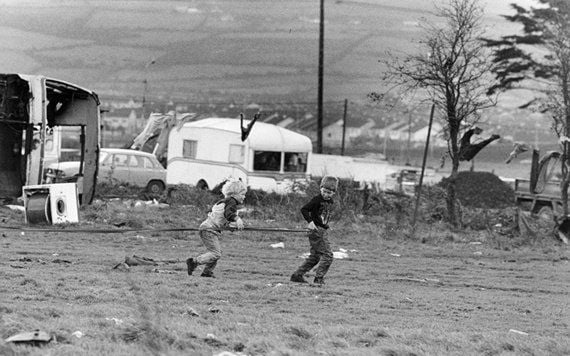 On this day, Sat, Aug 29, in 2000, a British court ruled that Irish Travellers were an ethnic group entitled to the same protections as other ethnic minorities in Britain in a landmark verdict.

Judge Simon Goldstein, who presided over the case, ruled in favor of eight Travellers who claimed racial discrimination against five London pubs who refused to serve them because of their ethnic origin.

The judge argued that Irish Travellers should be afforded the same protection under the UK's Race Relation Act as other ethnic minorities in Britain.

Meanwhile, lawyers defending Punch Retail, which owned three of the five pubs involved in the case, argued that Irish Travellers were not covered by the Race Relations Act and so could be refused entry based on their origin.

Judge Goldstein rejected the claims, however, and said that Irish Travellers have a history stretching back to the mid-19th century and said that they should be given protection as an ethnic group.

"Modern Irish travellers are guided by the culture and traditions which have been handed down by generations. They do not go around reading history, they practise it," Goldstein said when delivering the verdict.

He said that it would be hypocritical to omit Irish Travellers from the Race Relations Act and argued that it would create certain glaring anomalies.

Judge Goldstein pointed to the fact that Romany Gypsies were covered under the legislation and said that Irish Travellers shared a number of similar characteristics with the group.

He additionally said that excluding Irish Travellers from the Race Relations Act would contradict the European Convention on Human Rights and also pointed to the fact that Travellers had already been afforded protection in other parts of the UK thanks to their inclusion in Northern Ireland's Race Relations Order.

Patrick O'Leary and Michael, Margaret and Kathleen Kiely, four of the Travellers involved in the case, issued a statement following the verdict and said that they hoped other Travellers would use the law to fight racial discrimination.

Establishments in the United Kingdom now face hefty fines for refusing entry to Travellers based on their ethnic origin.