How to add an Irish twist to your Thanksgiving meal

Add something special to your Thanksgiving dinner with some of these Irish tips. 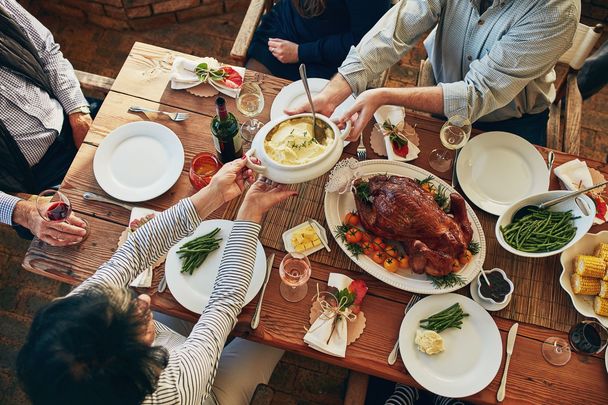 Try these quick and easy tips to make your Thanksgiving more "Irish" this year. Getty

Thanksgiving is only a few days away! Below are some tips on how to put an Irish twist on your feast

Have you ever wondered how to put an Irish twist on your traditional Thanksgiving dinner recipes? Here are some ideas to add some Emerald green to your table over the holiday period.

1. Why not replace the usual vegetables that everybody uses at Thanksgiving with some Irish classics? Use turnips instead of butternut squash, colcannon instead of green beans and green cabbage instead of kale. And don’t forget, the more potatoes included the better!

Here are some great colcannon and cabbage recipes:

2. To give your turkey a distinctly Irish flavor, make sure there is plenty of sage and onion stuffing, and roast gravy to go with it. You could even go further and replace the turkey with goose, which was traditionally used in Ireland before the turkey was introduced in the 17th century.

3. For dessert, ditch the pumpkin pie and replace it with something from the Emerald Isle like Bailey’s cheesecake or a traditional whiskey cake made with your favorite Irish tipple.

4. Keep the Irish theme running throughout the holiday by baking Irish soda bread, ensuring the refrigerator is stocked with plenty of Guinness and trying out another traditional Irish dish over the weekend like bacon and cabbage or Irish stew.