How do you make your pie stand out from the crowd? Chef Gilligan has some tips on how to make the ultimate, decadent, and Irish Thanksgiving pumpkin pie. 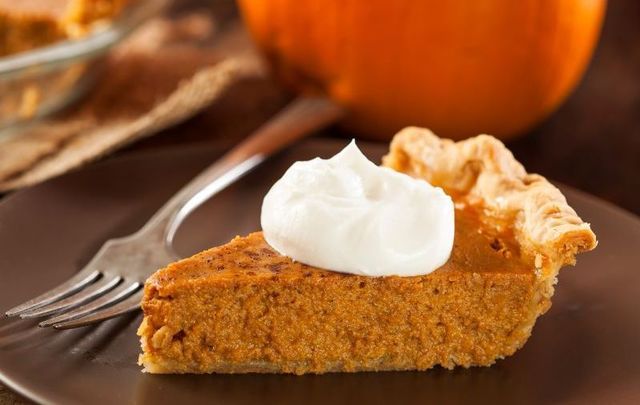 It's Thanksgiving week! It's time to sort out your Thanksgiving menu! Chef Gilligan comes to the rescue with this Irish update to a dessert classic.

You can't turn the corner without seeing a pumpkin pie this time of year. But how can you make one that stands out from the crowd?

Never fear, Chef Gilligan is here to give you a few tips on how to make the ultimate, decadent, and pretty Irish Thanksgiving pumpkin pie.

The word pumpkin originates from the word pepon, which is Greek for “large melon.” The French adapted this word to pompon, which the British changed to pumpion and later American colonists changed that to the word we use today, “pumpkin.”

The origin of pumpkins is not definitively known, although they are thought to have originated in North America. The oldest evidence, pumpkin-related seeds dating between 7000 and 5500 B.C., were found in Mexico. Pumpkins are a squash-like fruit that ranges in size from less than 1 pound to over 1,000 pounds.

Now that you know all about the pumpkin, dive into Chef Gilligan's delectable Baileys Irish Cream pumpkin pie recipe!

Place flour, powdered sugar, and butter in a food processor and pulse until the mixture resembles a coarse meal. Beat together 1 egg and water. Add to flour and process until mixture forms a ball. Form a flat disk from the dough. Cover with plastic wrap and chill for 1 hour.

Roll out dough into a 12-inch circle on a heavily floured surface. Transfer dough circle to a 10-inch pie tin. Trim and crimp the edges of the dough. Cover with plastic wrap and chill until ready to use.

Bake for 40-50 minutes or until a knife inserted off-center comes out clean. Remove from oven and cool to room temperature.

Cut into wedges and serve. Store for up to 3 days covered in the refrigerator.

Note: If piecrust edges become too brown during baking, cover with aluminum foil.

What’s your favorite Thanksgiving recipe? Let us know in the comment section below.