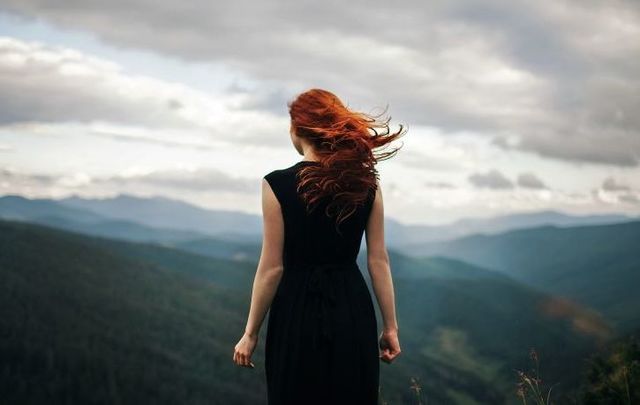 Take a look at just some of Ireland's fiercest females this International Women's Day.

In 1976, Laurel Thatcher Ulrich wrote, "Well-behaved women seldom make history…" and this could not be truer for the cast of characters found in Irish history.

All these women threw away social norms, lead the life they wanted, and achieved what they set out to, even when they were told no.

Here is a look at some of Ireland's fiercest females: 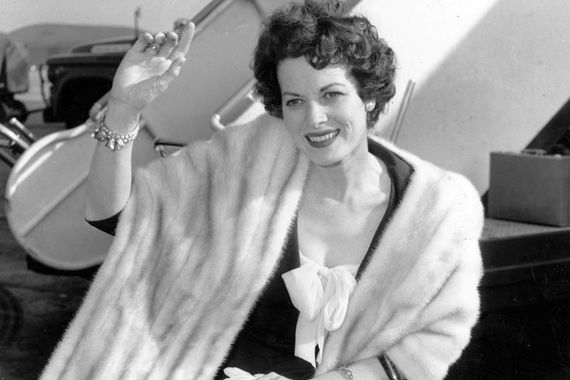 Maureen O'Hara was known in Hollywood for her drive and personality. Not your typical Hollywood actress, she didn’t drink or smoke, have numerous affairs, or go to parties, but that does not mean she was a quiet goodie two shoes. Maureen O’Hara had a fiery temper as bright as her hair, but she was never considered a diva and never lost her down-to-earth qualities. Even on the set of "The Quiet Man," the people of Cong in Co Mayo talked to her as if she was one of the extras and not the film’s lead actress.

Born Maureen Fitzsimons in a suburb of Dublin, Maureen was the second oldest of six children. She was educated in theater and drama, but her practical thinking father made sure that Maureen received training in bookkeeping and typing too. She was accepted at the prestigious Abbey Theatre where she would later meet Charles Laughton. Laughton cast Maureen in her first film Jamaica Inn. He believed that Maureen could make it in Hollywood and got her a contract with RKO Pictures. In Findmypast’s Passenger Lists, you’ll discover 18-year-old Maureen Fitzsimons traveling to New York with her mother and Charles Laughton.

Once in Hollywood, she became an instant star, most well known for her roles in "The Quiet Man," "How Green Was My Valley," and "Miracle on 34th Street."

In her films, O’Hara never backed down from a challenge and even performed her own stunts. She once said, "Above all else, deep in my soul, I’m a tough Irishwoman." 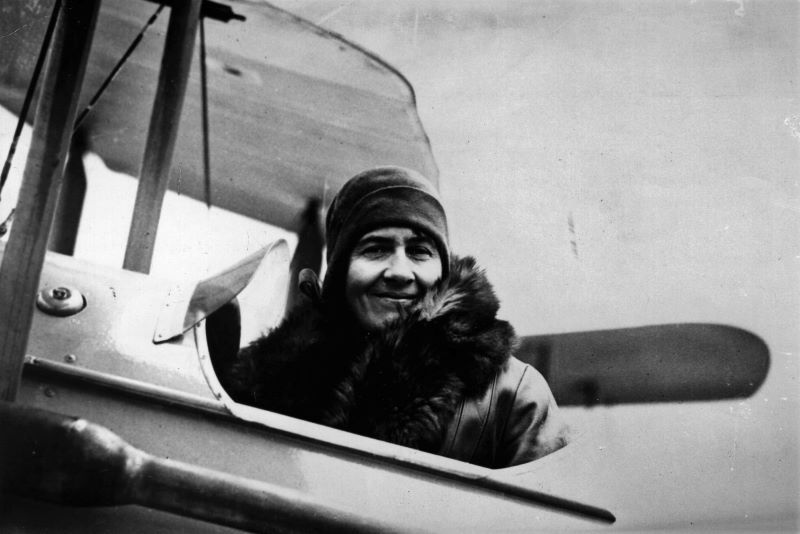 She was raised by her two aunts while her father was serving a life sentence in prison for bludgeoning 1-year-old Sophie's mother to death. Her humble and traumatic beginnings never held her back as Mary Pierce Evans went on to study science at the University of Dublin.

During the First World War, she became part of the war effort as a dispatch rider and ambulance driver. After the war, she founded the Women’s Amateur Athletic Association in 1922 and wrote "Athletics for Women and Girls: How to be an Athlete and Why" in 1925. But it was during a trip to Prague with the International Olympic council that she found her love of aviation.

At the time, the International Commission for Air Navigation banned women from receiving a pilot’s license, but told Evans if she was able to complete the classes and pass the test they would rescind the ban – and they did in 1926. She was married three times in her life, but it was through her second marriage to Sir James Heath that she received her title as Lady Mary Heath.

Lady Mary was known worldwide when she became the first person to fly from Cape Town to London in an open cockpit plane. However, before that, she had also been the first woman to complete a parachute jump (apparently into the middle of a football game), set altitude records, and even delivered newspapers in Paris during the General Strike.

Later, Lady Mary broke another record and was the first woman to fly a commercial plane when she became a pilot with the Dutch airline, KLM. Unfortunately, a flying accident during the Women’s Air Derby in 1929 left Lady Mary in declining health and she died ten years later, after living a full and adventurous life. 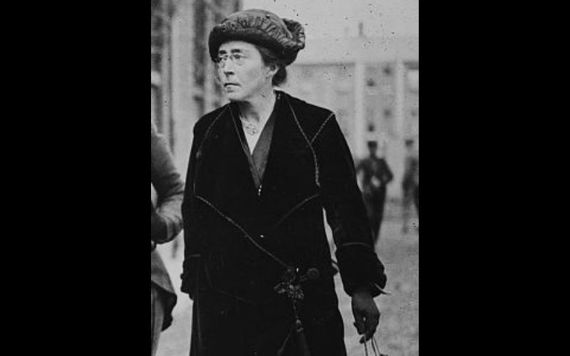 Johanna "Hanna" Mary Sheehy, an Irish women's rights activist, was born in Cork in 1877 into a politically active family.

Hanna Sheehy was an excellent student, and became a teacher in Dublin, before marrying Francis Skeffington in 1903. The marriage did not settle Hanna, and Francis always encouraged her activism. In 1908, she founded the Irish Women’s Franchise League and was a founding member of the Irish Women’s Workers’ Union, fighting for women’s right to vote and women’s employment rights.

Hanna was arrested a number of times between 1912 and 1915 for her militant behavior such as breaking the windows of Dublin Castle. In 1913, while in prison, she started a hunger strike for women’s suffrage. Under the Prisoner’s Temporary Discharge of Ill Health Act, Sheehy-Skeffington was released but soon arrested again for assaulting a police officer.

During the Easter Rising, Hannah’s husband, Francis Skeffington, was shot dead by a British army officer even though he had not been involved. Later, the British officer was court-martialled. In response to her husband’s death, Hannah traveled to Canada and America on lecture tours to publicize the political situation in Ireland. During the Civil War, she was against the Treaty and after partition continued to support Republican politics. Hanna Sheehy-Skeffington died at the age of 68 and is buried in Glasnevin Cemetery. 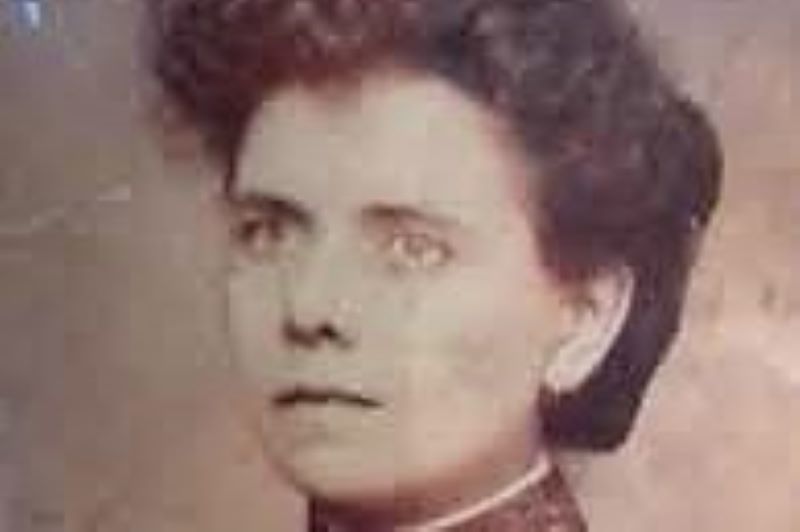 Kate Tyrell was born in Arklow, Co Wicklow, the second child of Edward and Elizabeth. Edward Tyrell owned a shipping company that dealt with import and export between the Irish and Welsh coasts. Working on the ships was hard labor and back-breaking work, but Kate never wanted to be away from it.

Despite Irish laws, Kate Tyrell became one of the first successful female mariners. She was an extraordinary and charismatic woman who enjoyed life at sea and broke convention by continuing to use her maiden name after marriage.

After her youngest sister died from tuberculosis and her mother sank into a debilitating depression, Kate took more responsibility in the business - managing the books and occasionally still sailing out with her father. In 1885, her father purchased the Denbighshire Lass, a 62-ton schooner from Wales, and Kate was the one who captained the ship back to Ireland.

Tragedy struck the Tyrell’s the following year when Kate’s father died of a heart attack and it was up to her to continue the family business. However, according to the law, Kate Tyrell was not allowed to be named on the documentation as the owner or captain of the Denbighshire Lass because she was a woman.

She trusted an employee, Lawrence Brennan, to be named in the official records which you can read in the Shipping Intelligence reports in Findmypast’s Irish Newspapers. Regardless of this, Kate Tyrell was a workaholic and even though she no longer needed to, she still continued to captain the Denbighshire Lass.

In 1899, she finally won her battle against the authorities as was officially recognized as the owner of the ship. She married John Fitzpatrick and together they had one daughter. Declining health was the only thing that started to slow Kate down and keep her on land. The Denbighshire Lass went on to sail throughout the First World War unharmed and was the first ship to fly the Irish tricolor in a foreign port. Kate Tyrell died in 1921.

Dr. Gertrude Kelly, the radical labor and social activist was born in Waterford before she and her family immigrated to America in 1873. She attended the Women’s Medical College of the New York Infirmary for Women and Children and became a medical doctor. She practiced medicine in New York’s tenements which exposed her to poverty.

Dr. Kelly was concerned with the debilitating effect of poverty, especially the effect on women. She saw capitalism as the major cause of social injustice and spoke against philanthropic groups of the era (which were very popular among the wealthy) because they did not teach working women practical skills to help them become self-sufficient, instead they offered classes in embroidery and art. As an outlet for her opinions and observations Dr. Kelly wrote for the periodical Liberty. She was a dynamic writer and their most frequent female contributor.

As well as working against social injustices in New York, Dr. Kelly never forgot her Irish roots and continued to support Irish nationalist politics in America by forming the American chapter of the Cumann na mBan in 1914. She also co-founded the Irish Progressive League in 1917.

Dr. Kelly was often present at labor strikes supporting picketers but always advocated for peace. She became a prominent member of the Irish Women’s Council and a director of a clinic for the poor in Chelsea. Today, Dr. Gertrude Kelly has become a forgotten feminist and social activist. Two years after her death in 1934, the mayor of New York dedicated a playground to her on 21st Street, the Dr. Gertrude B. Kelly Playground.

Who are some fierce Irish females that inspire you? Let us know in the comments!