Interested in the history of the Irish coming to America? Look no further than The Tenement Museum in Manhattan’... 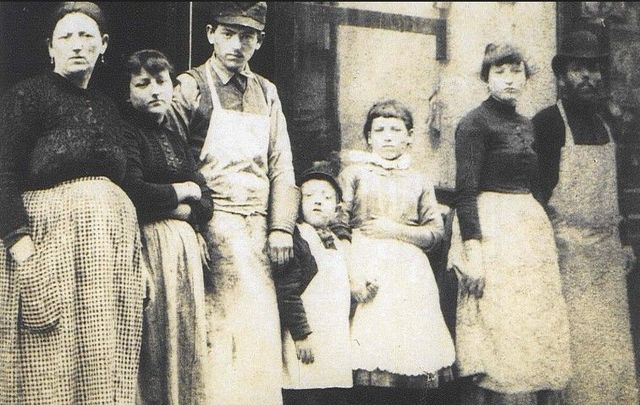 Interested in the history of the Irish coming to America? Look no further than The Tenement Museum in Manhattan’s Lower East Side, which tells us the story of an Irish family immigrating to the United States.

At the Tenement Museum, they are dedicated to preserving and interpreting the history of immigration through the personal experiences of the generations of newcomers who settled in and built their lives in the Lower East Side, America's iconic immigrant neighborhood.

The Irish are the second largest group of people to immigrate to the United States. Throughout the Famine years, nearly a million Irish people coming to America landed in New York. Upon arrival in America, the Irish found it quite tough with no-one to help them, therefore settling into the lowest rung of society and waged a daily battle for survival according to The History Place.

It was the potato famine of 1845-1851, which was one of the most severe disasters in Irish history, that initiated the greatest departure of Irish immigrants to the United States.

This house, 97 Orchard Street, in the Lower East Side is a really important starting point for immigrants in the neighborhood and was home to 7,000 immigrants. By 1865/70 a quarter of the city was Irish, according to Judy Levin, Tenement Educator.

No one had lived in the building in over 50 years when the Tenement Museum found it in 1988 and they preserved what they found. The ceilings in the building were painted blue, giving the impression that the immigrants did this to make it resemble the sky as they were in such crowded and cramped apartments.

Not a lot of people know about the Irish coming to America; attending the Irish Outsiders tour at the tenement museum you are able to tour and experience the restored home of the Moore family Irish-Catholic immigrants coping with the death of a child in 1869. The tour told the story of the Moore’s struggle to keep their family healthy compared to that of the Katz family who was Russian-Jewish immigrants that left their ‘mark’ on the building in the 1930s.

It tells the story of the Moore family having to figure out a way to live despite the very little income they earned, what they had to do to get by and how they struggled to keep their family healthy in the small living conditions they had. You will be amazed at what immigrants had to do when faced with their challenges.

Inside the Moore's apartment at the Tenement Museum, in New York City.

Joseph and Bridget Moore moved into the 97 Orchard Street building in 1869 with their children. Bridget, a domestic maid, was only 17 years old when she got married in 1965 and a few years later immigrated to America with her husband Joseph Moore, a waiter.

65 Monk Street was their first apartment which smelled so bad that they moved to Orchard Street with their three daughters. You are told of the family’s struggle to survive even when their baby daughter Agnes died from starvation. The Tenement Museum recreates the scene and you are brought into the front room of the Moore family’s apartment and sad/slow music begins to play.

There a very few windows and no lighting in the apartment, there is just candles and it gets very dark. You can be a little freaked out by the music and darkness in the front room.  However, this was a great experience and it just shows you how the Moore family had to live all those years ago.

After their daughter, Agnes, died Bridget passed away at the young age of 36 and by this time the Irish were in when the Immigration Act of 1924 was brought in.

The Lower East Side is one of the longest and oldest neighborhoods in the city. It has long been a lower-class worker neighborhood and often a poor and ethnically diverse section of New York. As well as Irish, Italians, Poles, Ukrainians, and other ethnic groups, it once had a sizeable German population and known as Little Germany (Klein Deutschland) and today it is a predominantly Puerto Rican and Dominican community.