Here’s what you need to know about the 35th President John F. Kennedy's life, from his youth to his road to the White House and his tragic assassination. 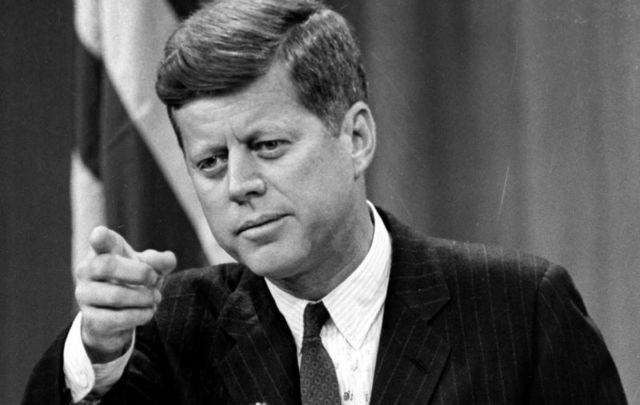 Here’s what you need to know about the 35th President JFK’s life, from his youth to his road to the White House and his tragic assassination.

John FitzGerald Kennedy was born in Boston on May 29, 1917, the great-grandson of Irish Famine emigrants. Although his family arrived destitute like so many others, each generation did better than the one before, and baby Jack was born into an extremely wealthy family.

In total, there were nine Kennedy siblings – four boys and five girls – and in an age when women rarely ran for office the family’s ambitions centered on the four brothers. The oldest, Joe Jr, was hailed as a future President when born and his father Joseph Sr hoped the others would attain high office as well. 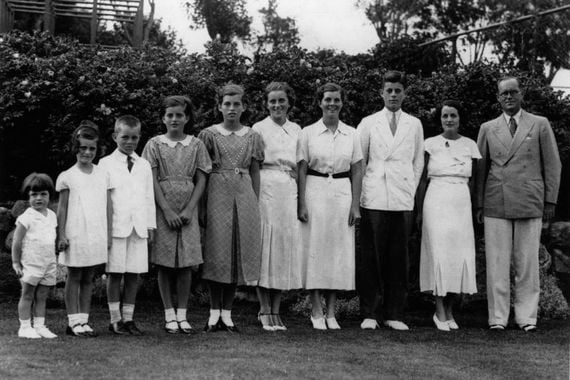 In 1938, JFK's father, Joe Sr, was made US Ambassador to Great Britain and Kennedy traveled with him for a time working as his secretary. His book, “Why England Slept,” was based on his Harvard University thesis and recounted the lead up to the Second World War and Britain’s inadequate preparations for the conflict. It became a bestseller, but the young JFK declined a career in journalism and joined the US Navy.

There, he served with distinction and was awarded a Navy and Marine Corps Medal for his bravery in action off the Solomon Islands. 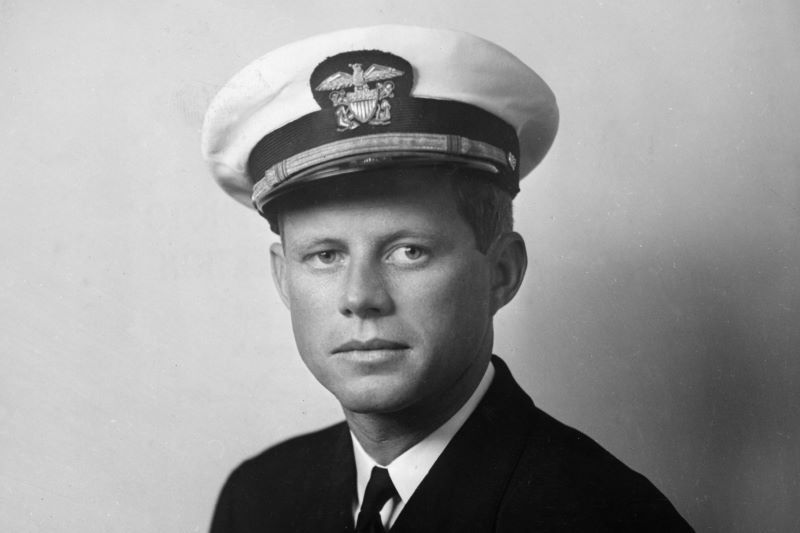 After a brief stint as a journalist in Europe, JFK threw himself into electoral politics, with all his father’s money and connections at his beck and call.

He was twice elected Congressman for Massachusetts's 11th district before winning a tight US Senate race in 1952.

Not long after his election, he proposed to 23-year-old Jacqueline Bouvier. She took a while to accept, but the pair declared their engagement in June 1953 and married that September in what was considered the wedding of the season. The couple went on to have four children together: Arabella,  a stillborn, in 1956; Caroline in 1957; John, Jr in 1960; and Patrick, who died from complications two days after he was born, in 1963. 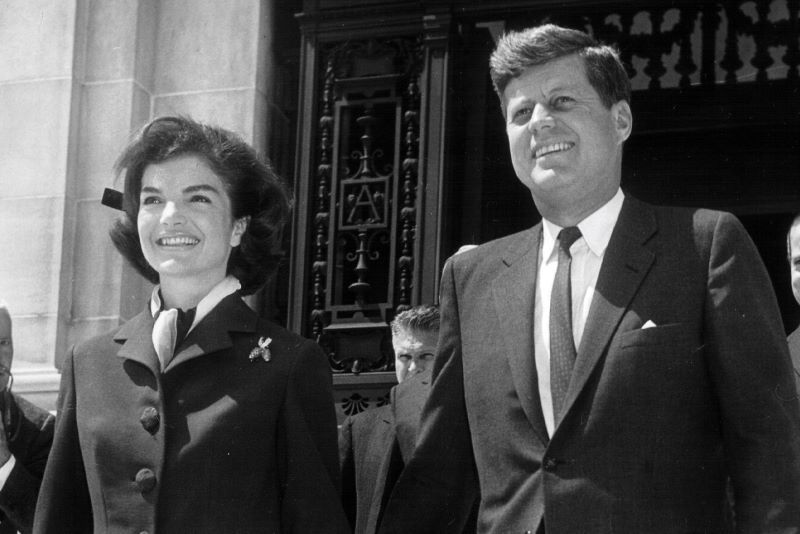 Road to the White House

In January 1960, Kennedy told the world he was running for president. Few who knew the handsome and ambitious 42-year-old were surprised but the race against the sitting Vice President Richard Nixon proved a tough one.

Kennedy charmed voters with his authority and calmness in the nation’s first Presidential debate but ultimately triumphed only by a wafer-thin 120,000 vote margin in the popular vote. He did, however, win a comfortable 303 vote slam dunk in the electoral college with huge support in the southern states thanks to his running mate, Lyndon B. Johnson. 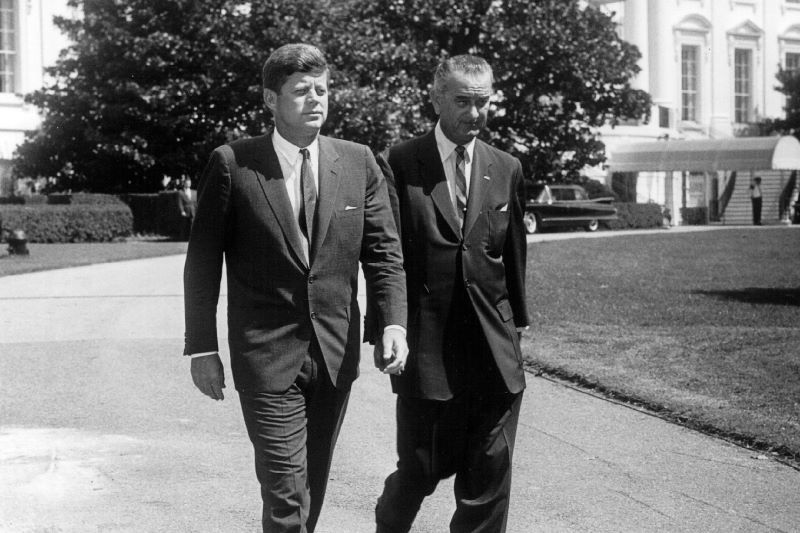 JFK set the bar high for oratory at all subsequent inaugurations. He exhorted his fellow citizens to “Ask not what your country can do for you, ask what you can do for your country” and declared war on "common enemies of man: tyranny, poverty, disease, and war itself." 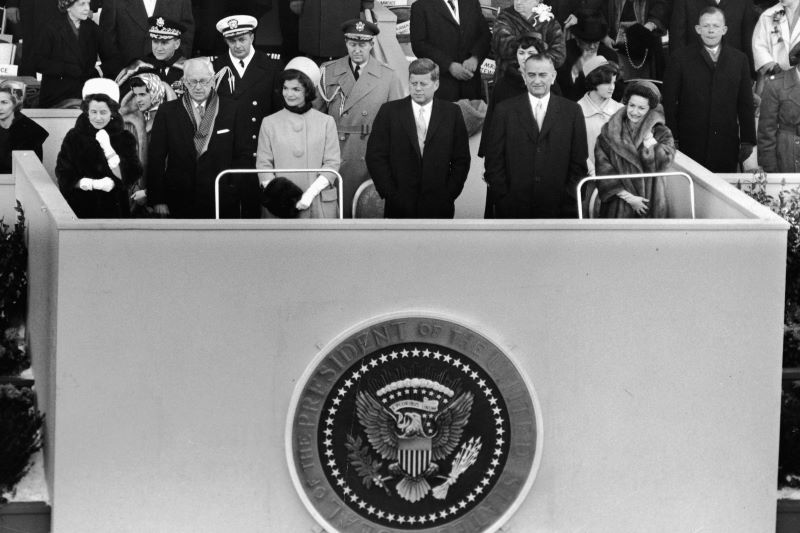 Kennedy appointed former First Lady Eleanor Roosevelt to head a Presidential Commission into the Status of Women – leading to the Equal Pay Act of 1963. He also cautiously advanced the cause of civil rights, issuing a number of executive orders to curb discrimination.

His ‘New Frontier’ policies saw an expansion in health care for the elderly, more federal money for education and he slashed taxes. 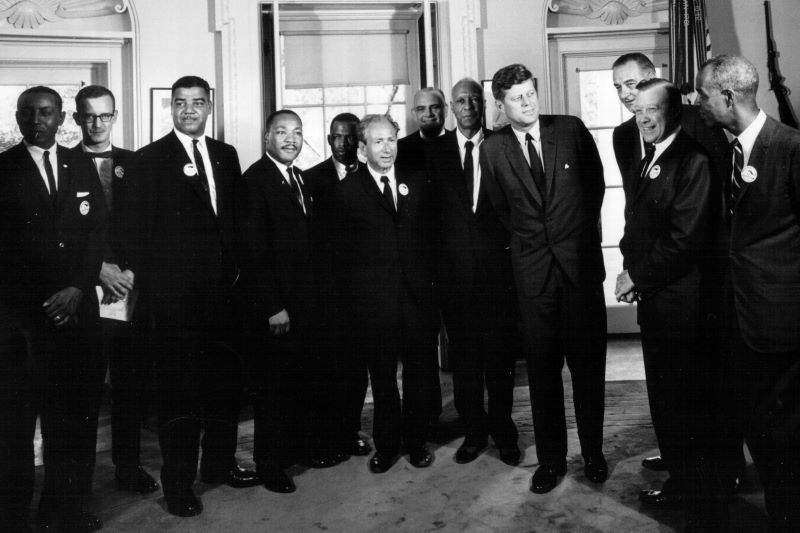 Frustrated by Congress, JFK’s primary focus during his years in the White House was on the world beyond America’s shores.

In 1961, Kennedy ordered what came to be known as the Bay of Pigs Invasion and the Cuban Revolution swept a young Fidel Castro to power.

The CIA hoped the invasion by young anti-Castro Cubans would topple Castro, depriving the Soviet Union of its greatest ally in the region.

But the invasion failed and Castro, more hostile to the US than ever, and the young dictator agreed to host Soviet intermediate ballistic missiles weapons on the island.

The Cuban Missile Crisis saw the world teeter on the edge of nuclear war until Soviet leader Khrushchev blinked and agreed to remove the missiles from Cuba. Kennedy had faced his biggest test as Commander in Chief and triumphed. 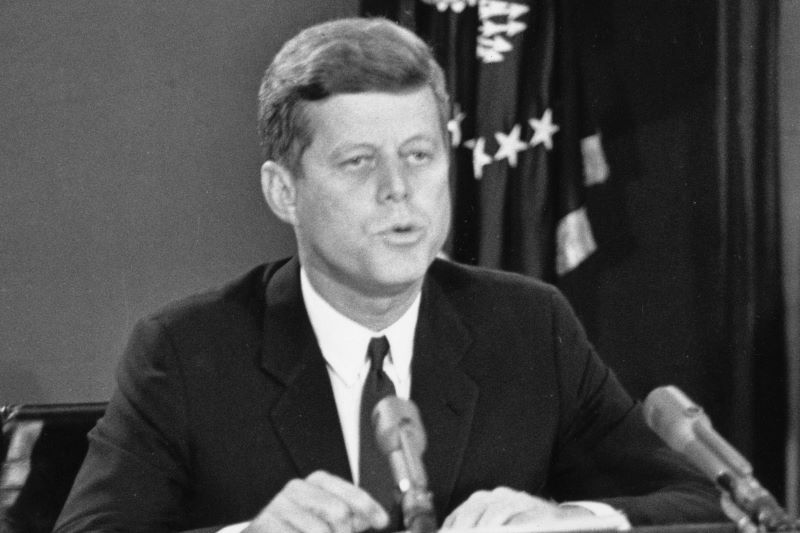 President Kennedy delivering a televised address about the strategic blockade of Cuba on October 22, 1962 (Getty Images)

Kennedy was shot and killed on November 22, 1963, in Dallas by Soviet sympathizer Leo Harvey Oswald. All Americans, and most other people around the world, remember where they were on that fateful day.

Vice President LBJ was sworn in on Air Force One that day with a stunned Jackie Kennedy at his side. 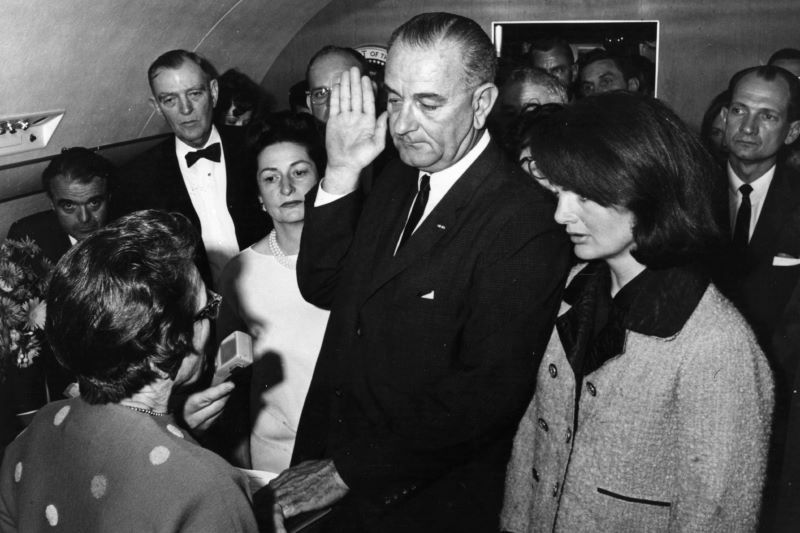 Lyndon B. Johnson being sworn in as president on Air Force One with Jackie Kennedy by his side (Getty Images)

President Kennedy's funeral was one of the greatest spectacles the world had ever seen, hundreds of dignitaries attended as the first Irish American Catholic President was laid to rest in Arlington, VA and an eternal flame was lit to burn forever in his memory. 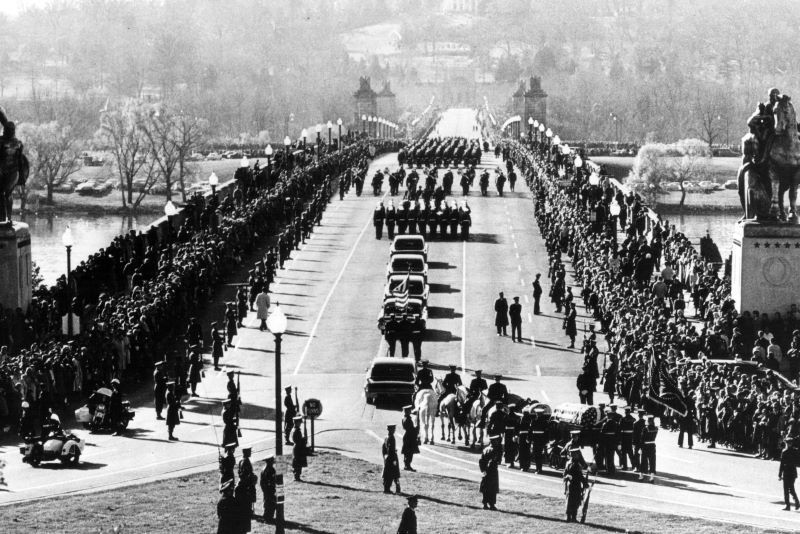 The funeral for President Kennedy in Washington, DC on November 22, 1963 (Getty Images)