The story of one of the most iconic images in American history. 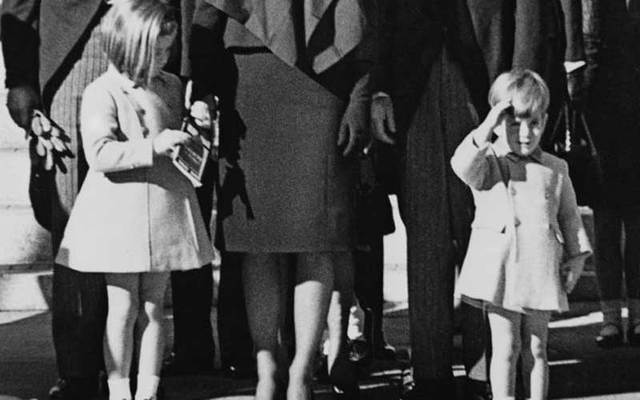 As the casket left St Matthew’s Cathedral, three-year-old John F Kennedy, Jr raised his tiny hand in salute to his father. The heartbreaking moment was captured by two photographers that day.

John F Kennedy Jr, or John John as he was called, turned three the same day as his father’s funeral. That morning, “Happy Birthday” was sung to him and he was given a toy helicopter as a present from his sister Caroline. He then had to go outside in front of the entire world and attend his father’s funeral.

According to Steven M. Gillon’s 2019 book, "America’s Reluctant Prince: The Life of John F. Kennedy Jr.," after the children were told the news about their father, the little boy continued to ask the people around him to take him to see his Dad.

At St. Matthew’s Cathedral for the funeral Mass, John began to cry and was taken to another room to calm down. There, the Secret Service agent asked him to perfect his salute. Young John first had trouble with the gesture, but when a Marine colonel took over the lesson, John was able to get it right. 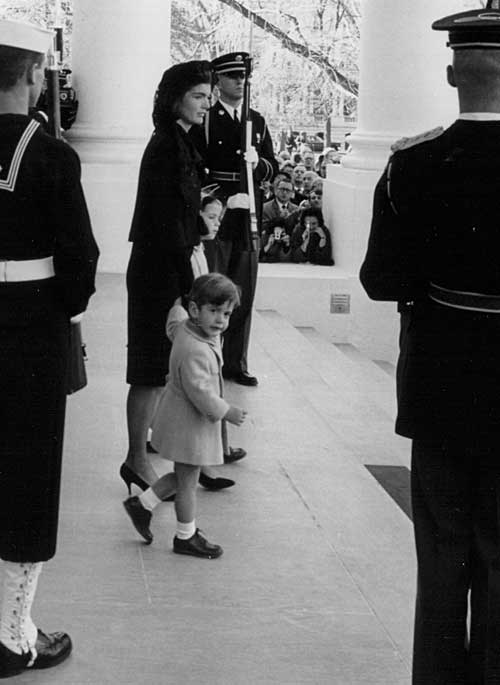 Jackie Kennedy with John and Caroline at the White House on November 24, 1963. Credit: National Archive/Newsmakers/Getty Images

After the Mass, the funeral cars began making their way to Arlington National Cemetery for the interment. The children were thought too young to see that part of the ceremony, but before they left their mother for the day, photographers captured John and Caroline standing outside the cathedral watching their father’s coffin go by.

United Press International (UPI) photographer Stan Stearns captured John’s salute. He was so excited about the photo that he skipped the rest of the funeral and headed straight back to his office.

In 2007, Stearns wrote about his experiences for The Downhold Project.

“I made a decision to walk the film into the bureau, feeling I had the picture of the funeral,” he said. “I was supposed to walk with the caisson to Arlington. I knew we had photographers along the way and at least four at the cemetery. They could do without me.

“When I walked in the office, George Gaylin [the Washington News Pictures Manager] almost had a heart attack. I have never seen a man that mad. He turned red, then white. Yelling and screaming that I did not go to Arlington. I kept telling him I had THE PICTURE of the funeral.

“He was yelling that he had rolls and rolls of film from ump-teen photographers covering the funeral,” Stearns wrote. 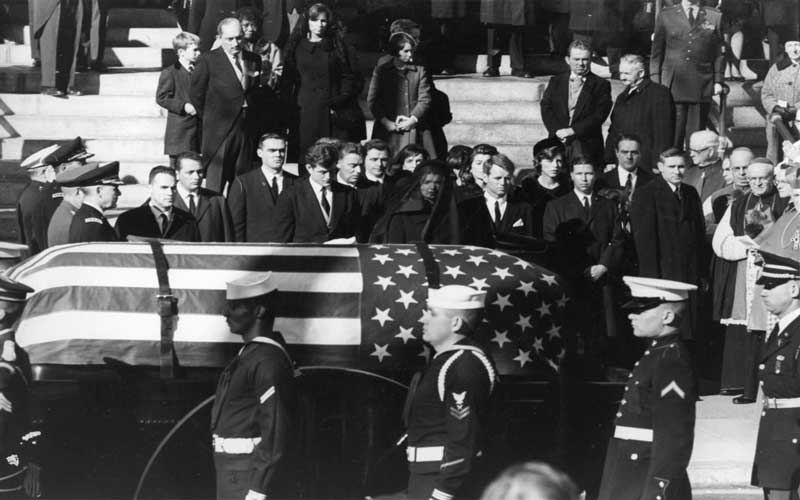 Stearns continued: “Knowing it was going to be a big enlargement, and knowing my job was on the line, I went into the darkroom with fine-grain developer to develop the film. Unheard of at UPI. It took 17 min. I could hear Gaylin pacing outside the door muttering. When the negative was washed and dried, I went to Gaylin’s desk.

“[Gaylin] looked at it and yelled, ‘He does have the picture of the funeral!’ He quickly showed it to Ted Majeski and Harry Blumenfield on his way to have it enlarged and printed. The rest is history.”

Stearns added: “When the photo was transmitted, the credit was UPI/by Stan Stearns. Back then, that was almost unheard of. Reporters got a byline, photographers got zip. The photo was used worldwide. Full page in some newspapers and magazines.”

However, “Life [magazine] used it with no credit. I called the Life picture editor about the credit. He said [he] would correct it in the future… Well, in 1999 when JFK Jr. died, he [the picture editor] either had moved on or no one looked at the credit… The credit was Corbis-Bettman on the cover of Life and Time [magazines],” said Stearns, who passed away in 2012, at the age of 76.

According to The Downhold Project,: “Other photographers, including New York’s Daily News did have the image, but they didn’t have what Stearns’ picture had. He used an ultra-fine grain developer that allowed more enlargement of the negative with less graininess. And he had a tiny highlight of sunlight under young John’s left eye.”

The photographer of the second image was Dan Farrell. His image made it to the front page of the Daily News under the headline “We Carry On.”

In 2013, he told CNN: “His hand just went up very very quickly, and I got off one shot, and it was all over… I realized it was going to happen because Mrs Kennedy actually said to him, ‘Salute, John.’ […] He didn’t salute at first, and she told him again to salute, and he did.”

According to the photographer, the image of young John reaching his hand up to salute his father was “the saddest thing I’ve ever seen in my whole life.”

John F. Kennedy Jr was only 38 when he died on July 16, 1999, along with his wife Carolyn and his sister-in-law Lauren, when the plane he was flying crashed into the Atlantic Ocean.

Farrell, who died in 2015 aged 84, said: “The Kennedy picture of the little boy saluting with his family, it’s gonna live forever.”