From the Cuban missile crisis to his tragic assassination, here are the best movies about President John F. Kennedy. 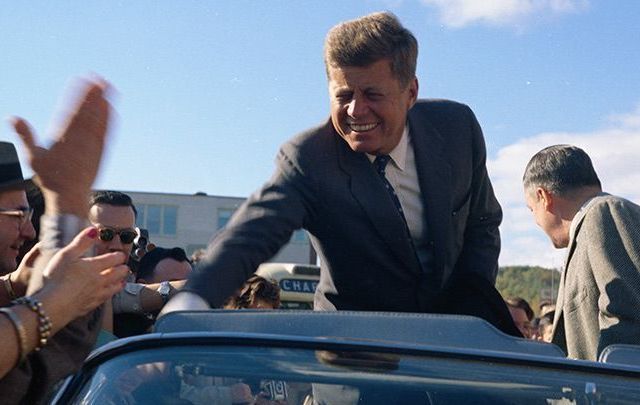 John F. Kennedy’s fascinating life and death have kept the American public captivated for decades and so it should come as no surprise that there are plenty of JFK movies to choose from.

Whether you’re looking for Kennedy conspiracy theories, JFK assassination films, or you fancy a little bit of fiction thrown in with the normal Kennedy family drama, there’s a perfect John F. Kennedy movie on this list for you.

While reviews on the 2013 movie “Parkland” were far from perfect, this Kennedy movie is great in that it gives us a completely different perspective on the JFK assassination, instead focusing on the lives of otherwise average everyday people who found themselves wrapped up in the drama. Produced by none other than Tom Hanks, the movie also stars Zac Efron, Colin Hanks, and Billy Bob Thornton.

Many films about JFK focus on Dallas assassination released just five months before his death, “PT 109” highlighted to heroic actions of the young Kennedy in action. The film depicts the president when he was an officer of the United States Navy in command of Motor Torpedo Boat PT-109 during the Pacific War of World War II. Kennedy won a medal for bravery for battling against a bad back to bring a comrade to safety when the boat was hit and sank.

As soon as you start talking about a Kennedy assassination, it won’t be long before somebody comes along with their own conspiracy theory or hot take on what really happened. There are plenty of JFK conspiracy theory movies out there but the 1991 thriller “JFK” starring Kevin Costner and Tommy Lee Jones is definitely the best of the bunch. The movie examines the events leading to the assassination of John F. Kennedy and alleged cover-up through the eyes of former New Orleans district attorney Jim Garrison (played by Costner).

Kevin Costner appeared in yet another Kennedy movie in 2000, this time taking on the role of political consultant Kenneth P. O'Donnell as he attempts to guide President John F. Kennedy (Bruce Greenwood) through the 13-day crisis that was the Cuban Missile Crisis.

Yet another conspiracy theory thriller that plays out the assassination with a group separate from Lee Harvey Oswald carrying out JFK’s murder. Receiving a ton of negative press on its release, it was directed by David Miller and stars screen legend Burt Lancaster.

Taking a step away from conspiracy theories, this 2017 documentary, released in the year of JFK’s 100th birthday, explores how the president’s worldview was influenced by his younger years when he endured poor health, family tragedy, and a demanding father. Available on Netflix.

This 2009 History Channel documentary is an incredible un-narrated look through a wide collection of archived news and home movie footage shot as events around JFK’s assassination unfolded, much of it never seen before. A winner for the history buffs, it deals with the assassination itself, the death of Lee Harvey Oswald, the Warren Commission, and the assassination of Bobby Kennedy and Martin Luther King Jnr.

Starring Clint Eastwood and John Malkovich, this action thriller follows secret service agent Frank Horrigan the sole active-duty Secret Service agent remaining from the detail guarding John F. Kennedy in Dallas, Texas, at the time of his assassination in 1963.  Played by Eastwood, Horrigan is attempting to put a stop to a disillusioned and obsessed former CIA agent who attempts to assassinate the President of the United States

While this is not exactly about the man himself, "Jackie” is, of course, the story of Jackie Kennedy during one of the hardest periods of her life, a portrait of the weeks of public mourning just after the assassination of her husband and US President JFK. Memories of her husband’s death, her fight to create a legacy, and the horror of her grief and the social pressure of being such a massively public figure are played by Natalie Portman.