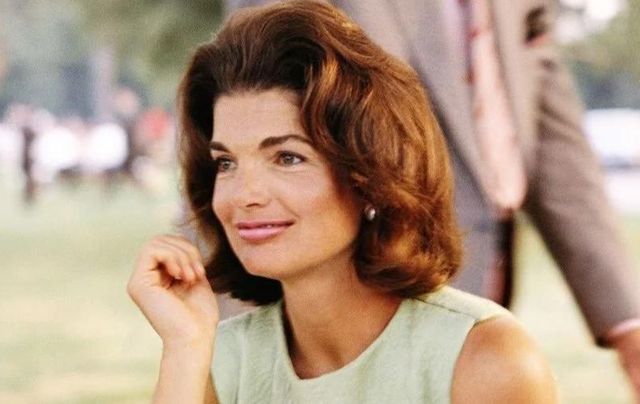 Letters between Jackie Kennedy and an Irish priest document how she longed to marry Declan Costello, an Irish lawyer who would go on to become one of the most successful attorneys in Ireland. The budding relationship was first written about by leading journalist John Cooney.

Jackie Bouvier established close ties with Ireland years before she met her husband John F. Kennedy, whose renowned Irish heritage made him one of the most popular American figures in Ireland.

The future First Lady studied at Sorbonne University in Paris and traveled to Dublin from France in August 1950 with her stepbrother Hugh Auchincloss.

There they made contact with Father Joseph Leonard, a 73-year-old priest living in semi-retirement in Dromconra who happened to be a friend to the Bouvier family, according to the Irish Times.

Jackie struck up an unlikely friendship with Leonard, who was 52 years her elder, and confided in him that she was looking for a husband. Their friendship would persevere for more than a decade until Leonard's death.

The priest became Jackie Bouvier's personal chaperone in 1950 and took her to several famous and high-profile haunts in Dublin City. The elderly priest took her to the Dublin Horse Show at the RDS and to shows at the Abbey Theater and the young American fell in love with Ireland.

He even introduced her to then Taoiseach John Costello at the American Embassy in Dublin. It seems that she developed a crush for the Taoiseach's son, Declan, and soon became infatuated with him.

Declan Costello, 24, was an aspiring lawyer who would go on to be Ireland's Attorney General from 1973 until 1977 and a High Court judge for more than 20 years.

However, Jackie Bouvier soon traveled to Scotland and it was there that she confessed her newfound affection for the young lawyer.

In private letters to Father Leonard, she said that Costello "sounds like absolute heaven" and that he would make a "suitable" husband.

It was not to be though, and Jackie Bouvier and Declan Costello would never marry. Instead, she would return to the United States and fall in love with a Massachusetts Congressman named John F. Kennedy.

Incidentally, Bouvier's correspondence with Leonard is a source of interest in itself. She sent the Irish priest countless letters over a period spanning 14 years between 1950 and 1964 when Leonard died.

She wrote to Leonard in 1952 to tell him of a new man she had fallen in love with Kennedy and, 11 years later, she wrote to him immediately after Kennedy was assassinated in Dallas.

The correspondence offers us a different perspective on one of the most significant moments in American history, but it also documents Jackie Bouvier's close ties to Ireland prior to meeting her husband and just how easily the course of history could have been altered if circumstances were slightly different.