Ethel Kennedy is a big fan of Che Guevara

Ethel Kennedy, the widow of the late Robert F. Kennedy, is a huge fan of Che Guevara, a recent Twitter post has revealed. 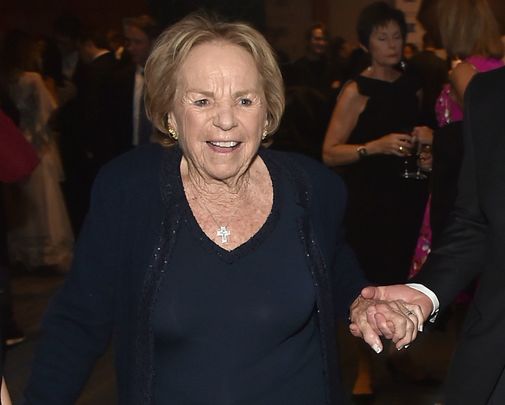 Ethel Kennedy, the widow of the late Robert F. Kennedy, is a huge fan of Che Guevara, a recent Twitter post has revealed.

According to her family, she’s been an unapologetic fan of the late revolutionary for years, and even has a framed photo of him at her Palm Beach home.

Kennedy’s fandom was inadvertently outed on social media when her granddaughter Mariah Kennedy Cuomo (daughter to New York Gov. Andrew Guomo) posted a picture of the family celebrating the matriarch’s 92nd birthday at her Florida home in April. A framed picture of Guevara could be seen in the background on a mantle.

Kennedy Cuomo later removed the photo, but it was too late.

“My mom has a subversive streak.”

Robert Kennedy Jr added that his mother was not only a fan of Guevara, but also of her brother-in-law JFK’s nemesis.

“She had a very good relationship with [Fidel] Castro,” said Robert Kennedy Jr., who also revealed his mother met the late dictator several times in Cuba and claimed she once persuaded him to release political prisoners.

In 2002, according to a Boston Globe report at the time, Fidel Castro “dined next to Ethel Kennedy while Cubans and Americans and even a few Soviet military guys danced exuberantly” in Havana’s Revolutionary Palace during an event to commemorate the 40th anniversary of the Cuban missile crisis.

Ethel Kennedy’s love of Guevara, who was the top aide and confidante to Castro before he was killed in 1967, seems to clash with the anti-communist views of both JFK and her late husband.

However, according to Robert Kennedy Jr, the president’s emissaries were working right before JFK’s assassination to work out a detente with Castro. He said his uncle didn’t want Cuba to become a platform for the Soviet Union.