The recent United Ireland debate on RTÉ's Claire Byrne Live featured the major Irish players, but Irish America was noticeably absent. Are we being written out? 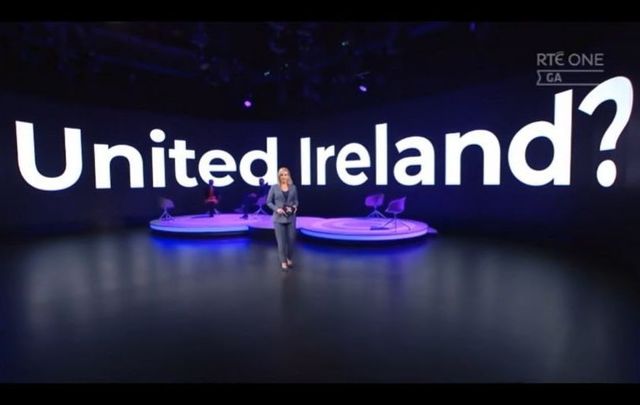 America’s role in Northern Ireland hasn’t gone away, you know.

A recent episode of Claire Byrne Live on Irish television was dedicated to whether there should be a poll in the near future on a united Ireland as called for in the 1998 Good Friday Agreement (GFA). The RTÉ show is one of the most popular on Irish television.

The lessons on how the GFA was achieved appeared to be the accepted roadmap, bringing rivals together, forcing concessions when they had to, and creating a watertight structure for the future.

What was most interesting was how Irish America was written out of the script both in the modern-day and in helping create the Good Friday Agreement where they played a vital role. Taoiseach Micheál Martin stated the only parties that mattered were the Irish and British governments, and the Northern people of whatever religion.

How quickly they forget George Mitchell without whom the Good Friday Agreement would never have happened. 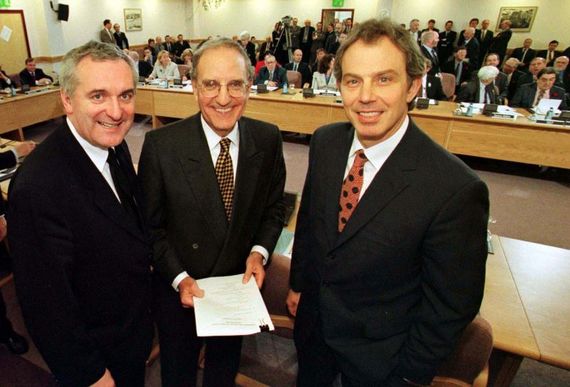 Likewise, no mention of Bill Clinton, the US President who broke the 250-year special relationship with the British to give Gerry Adams a US visa and played a hugely important role in securing the vital IRA 1994 ceasefire as well as keeping involved during the Good Friday negotiations. 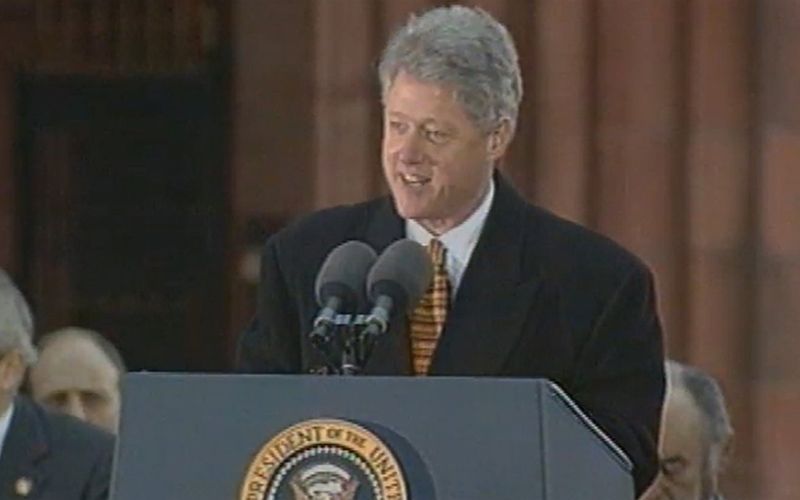 Then there was Jean Kennedy Smith, of course, in the US Embassy, who made several absolutely critical calls, as well as successors to George Mitchell like Richard Haas and Paula Dobriansky, to name but two, who made a profound difference in keeping the peace.

It was quite a line-up despite no Americans, nor references to individuals like Mitchell who played an integral role in the GFA. During the debate, it sounded like John Hume concocted the entire agreement. He certainly had a huge part, but Mitchell was the key person who got both sides to move at vital times.

The issue of the border poll has suddenly heated up thanks to America. What was immediately apparent was the impact of the recent Sinn Féin ads in newspapers across the United States (including on this site and our sister publication Irish Voice newspaper) during Saint Patrick's Day week, calling for a date certain for a border poll.

Ads were placed by “Friends of Sinn Féin USA” and signed by 5 other leading Irish American Organisations. https://t.co/Tremc1oxQT pic.twitter.com/Shyg1pWAub

Yet the ads were merely stating the obvious. The GFA, agreed to by an overwhelming majority on the island of Ireland - 95 percent in the south, 71 percent in the North - plain as day calls for a border poll if the British Secretary of State believes there is a majority in favor of unity.

The clause could be summarized among Irish pols who are not Sinn Féin, as "Lord make me holy but not just now.”

Martin especially is running scared of the subject as he conducts a series of measures aimed at creating a ‘Shared Island’. When asked what the measures were, he noted a number of financial investments in cross-border initiatives, the type of good investments that will not help one iota in the political discussion to come. The International Fund for Ireland has been doing similar work for decades.

It fell to historian Ferriter to tell the naked truth that partition was an utter tragedy 100 years ago that the unionists acted abominably when in power and that such realities were still relevant today 100 years on.

What was most striking however was even John Bruton, once labeled John Unionist by former Taoiseach Albert Reynolds, made clear that the UK that the unionists cling on to and would die for in some cases, may fall apart if Scotland votes for independence.

I foresee a role for a Mitchell-like figure when it comes to setting the rules for the border poll and having the same level of engagement as Mitchell did if that is possible.

With Joe Biden in the White House, I’m sure he would be amenable to such a person and plan.