Sinn Féin appeals to Irish America in fight for Irish unity ahead of St. Patrick’s Day

Friends of Sinn Féin USA say “we can be the first generation of Americans to visit a free and United Ireland.” 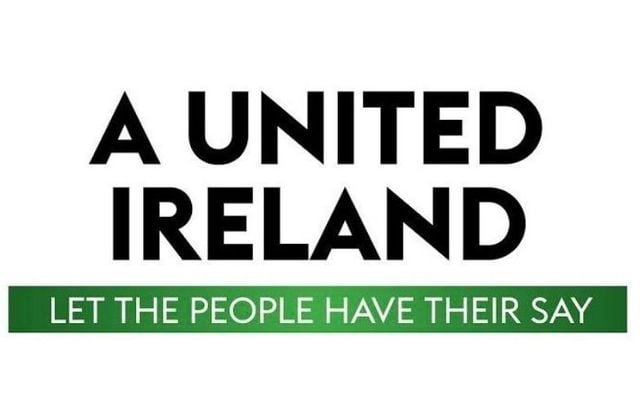 Friends of Sinn Féin USA took out half-page advertisements in major US newspapers on March 10 calling for a referendum on Irish Unity.

The advertisement, with the header "A United Ireland - Let The People Have Their Say," ran in newspapers including the Washington Post and the New York Times, as well as the Irish Voice newspaper, sister publication to IrishCentral.

Leading Irish American organisations call for Irish Government to prepare for Irish Unity and British Government to set date for a referendum. Time for an inclusive, informed and respectful discussion. Time to let the people have their say. #Time4unity pic.twitter.com/d6dxID3sTl

The letter reads: “On St. Patrick’s Day, our eyes turn to Ireland and the celebration of all things Irish. The ties of family and friendship between the USA and Ireland have endured for centuries.

“Ireland has given much to the USA. We have given much to Ireland. A generation in Ireland has grown up in the peace made possible by the support of successive American administrations and the efforts of Irish America.

“The 1998 Good Friday Agreement replaced conflict and violence with a peaceful and democratic pathway to a United Ireland.

“The Good Friday Agreement has changed Ireland for the better. Challenges remain but twenty-three years on, Ireland continues to seek the full implementation of the Good Friday Agreement. The Unionist (Pro-Union with Britain) electoral majority in the North is gone. Their rights, and the rights of all, are guaranteed in a United Ireland. It will be a welcoming home for all.

“A new Ireland is emerging, and more and more people are looking beyond the divisions of the past. A new Ireland that is seeking to undo the damage of the undemocratic partition of Ireland 100 years ago and the recent British government imposed Brexit.

“The Good Friday Agreement provides a referendum on Irish Unity. It is for the people to determine their future. The choice is clear. A United Ireland and membership in the European Union. Or a divided island at the mercy of the British Government.

“It is now time to have an inclusive, informed and respectful discussion.”

“We appeal to the Irish Government to promote and plan for Unity.

“As Americans, we call upon our government and public representatives to urge the British Government to set the date for the Unity Referendum.

“This is the time for the people of Ireland to have their say.

“With your support, we can be the first generation of Americans to visit a free and United Ireland.”

The advertisement was paid for by Friends of Sinn Féin, Inc, which is registered with the US Department of Justice in Washington, DC under the Foreign Agents Registration Act as an agent of Sinn Féin.

The same day the advertisements appeared in US newspapers, TD Mary Lou McDonald, the President of Sinn Féin, said a statement: “Irish America has been central to the signing and safeguarding of the Good Friday Agreement.

“The central principle of the Agreement is the right of the people to determine their constitutional future.

“A unity referendum is the measure of that right and an essential commitment of the Agreement.

“Brexit, the British government breaking international law, and threats from unionism are a challenge to the Good Friday Agreement.

“Change is underway, it cannot be resisted but it must be managed. Now is the time to recommit, and not resile, from the commitment to peace and democracy.

"I commend the groups involved for their common sense call for the Irish government to prepare and promote Irish Unity as part of an informed, respectful and inclusive process and for the British government to set the date for the Unity Referendum.”