Mary Lou McDonald believes there is a growing appetite for a united Ireland in Northern Ireland. 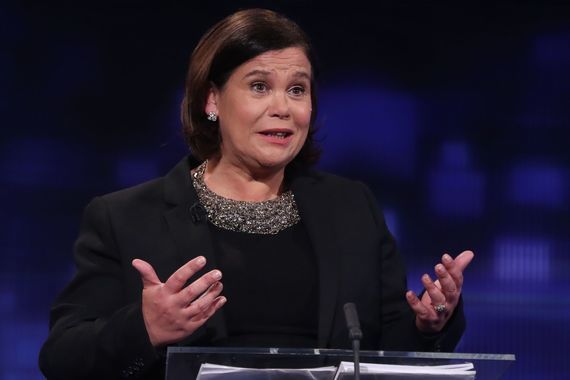 Mary Lou McDonald, the president of Sinn Féin, has said that Ireland needs to start pressuring the British Government for a referendum on Irish unity after she claimed that British Prime Minister Boris Johnson had become "erratic" and "dangerous" and that the Irish Government could no longer trust him.

McDonald was speaking almost a month after Johnson had introduced the Internal Market Bill in British Parliament, a piece of legislation that undermines the Brexit Withdrawal Agreement signed by both the EU and the UK last year.

The Sinn Féin leader said that Johnson had lost credibility by introducing the bill and accused him of being deceitful.

She said that there would be no trade deal between the UK and the US if Johnson's bill violated the Good Friday Agreement and she urged the Irish Government to call for a united Ireland poll in the near future.

McDonald believes that there is a growing appetite for a united Ireland and believes she will see it in her lifetime.

"In my lifetime? Absolutely. All of the signposts, all of the markers, point in the direction of reunification," she told the Guardian.

She said that the political landscape in the region was changing, with Catholics expected to outnumber Protestants for the first time in the history of the state next year.

"The electoral majority for unionism is now gone, politics on this island has changed in ways that are profound," McDonald said.

She also pointed to a significant number of moderate unionists who had begun to question Northern Ireland's position in the UK following the fallout from the Brexit vote.

In an attempt to win over unconvinced unionists and moderate nationalists, McDonald pledged that a united Ireland would be progressive and inclusive and feature an NHS-style healthcare system.

She also said that the Stormont Assembly could possibly continue to play a role in Irish politics if a United Ireland was established.

The British Secretary of State for Northern Ireland has the power to call a referendum on Irish unity when they determine that majority of people in Northern Ireland favor a united Ireland, but McDonald said that the British Government couldn't use this as a "trump card" to continously avoid a border poll.

"They don’t have that right," she said.

In an interview with Joe Duffy on RTÉ's "The Meaning of Life" last month, McDonald said that a united Ireland offered the best chance of creating a better life for everyone on the island of Ireland.

She told Duffy that the best chance of establishing a lasting peace on the island following the Troubles was through unity.

She said that it would be her "ethical duty" to ensure that Ireland never returned to the violence of the Troubles if she was responsible for bringing about a united Ireland.

"I hope our legacy will be a united ­Ireland and I would like my legacy to be that I did my part, that I played my part, contributed in my way to that."