Sinn Féin President Mary Lou McDonald said this is "a decade of opportunity" for a United Ireland. 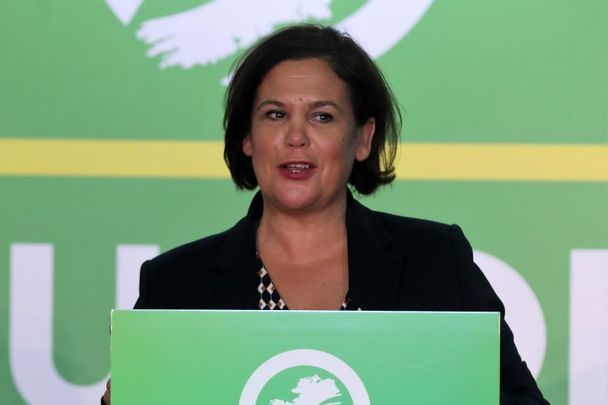 Of a United Ireland referendum, Sinn Féin President Mary Lou McDonald said "we can win it, and win it well.”

Speaking to British journalist Owen Jones, Mary Lou McDonald said that there can be a referendum on Irish unity during the next decade and that it has a very good chance of winning.

"We can have our referendum, we can win it, and win it well."

McDonald sought to reassure Ulster Unionists by saying that would "remain British" if Northern Ireland voted in favor of Irish unity.

The Sinn Féin leader said that a united Ireland would require a great deal of preparatory work and she urged Unionists to "be part" of the conversation on reunification.

"I respect the fact that unionists themselves can articulate best their needs, their ideas, their concerns around a reunified Ireland much better than I can as an Irish republican woman. I think we need to make space for that conversation...We need to acknowledge each other, we need to appreciate each other."

McDonald criticized Taoiseach Michéal Martin for his approach to a united Ireland, arguing that it was too slow and that it didn't give any comfort to anyone on the island, including Unionists in Northern Ireland.

She said that the responsible thing to do was to plan for a united Ireland and listen to the opinions and concerns of different members of the community.

Irish unity is the "commonsense approach," McDonald said, arguing that it is the best plan for everyone who lives on the island of Ireland at a time when the UK prepares to cut ties with the European Union.