If you could bottle the Democratic Unionist Party's (DUP'S) chutzpah, you could solve the North's economic problems overnight Just call it Brass Neck and watch it fly off the shelves. 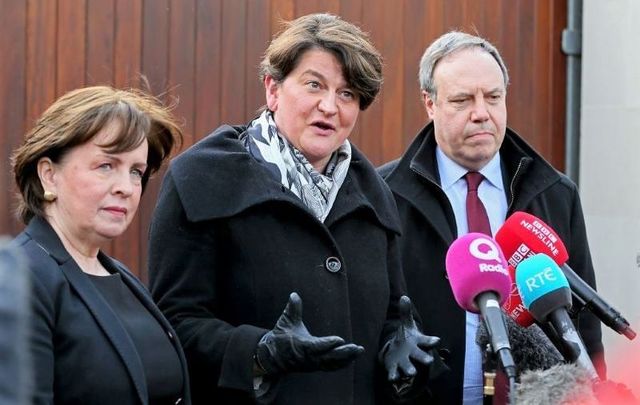 If you could bottle the Democratic Unionist Party's (DUP) chutzpah, you could solve the North's economic problems overnight

Just call it brass neck and watch it fly off the shelves.

We could all use a good dose of DUP's inexplicable self-confidence these days, particularly when their figures don't fit the facts, as they do not on Brexit and clearly never will.

Dabbing a little brass neck behinds their ears has allowed the DUP to speak as though they possess a popular mandate (the North voted remain, so in fact, they have nothing of the kind).

Brass neck has also allowed them to shakedown the Conservative Party and its weathervane leader Theresa May, fleecing the British taxpayer for billions as they prop up the tottering government.

Brass neck has even convinced most of the UK media that the DUP represent the majority opinion in the North when the facts say otherwise.

Brass neck is what they put on when they are asked to abide by their own standards, such as when asked to explain why party member Ian Paisley Jnr. billed a Belfast charity for almost £6,000 to fly first-class to a peace conference in New York City.

It was Paisley's latest overseas trip controversy after enduring months of heated criticism and parliamentary probes over lavish holidays that he and his family took in the Maldives and Sri Lanka. 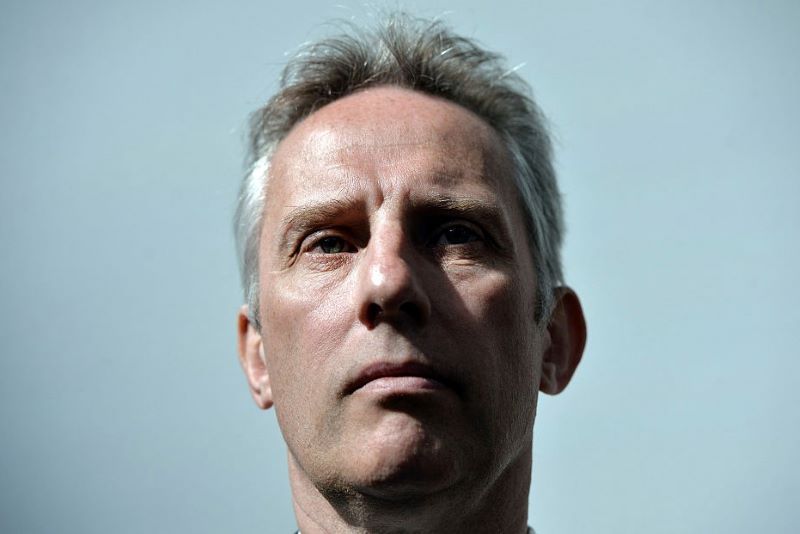 But the truth is that brass neck really only gets you so far, because at some point it becomes completely overpowering, driving away allies as well as opponents. That's the moment we are rapidly approaching.

With the United Kingdom due to leave the EU in less than 35 days, London and Brussels are still arguing over the terms of the departure, raising the possibility of a delay to Brexit, or a last-minute deal, or even a no-deal exit - take your pick, there's very little choice in a bowl of bad apples.

Opinion polls show that the closer Brexit looms, the stronger the position of those who oppose it in the North has become too. Irish passport offices are inundated with new passport requests from the six counties. One post office in Belfast actually stopped processing applications because it was curtailing the offices other business.

So it's a nonstop game of blink first for the DUP that is not going to plan by any measure.

The truth is the DUP very unwisely gambled the union on their foolish belief that the UK-based Brexiteers who brought about this debacle are unionists before they are anything else and that they will never concede to any post-Brexit arrangements that differentiate between Northern Ireland and Britain.

That gamble is looking increasingly silly now. If we have learned nothing else we have learned that the DUP's love affair with Britain is wholly unrequited. The simple truth is Brexit has actually proved itself to be mostly an English nationalist rebellion, to which the North is rarely even an afterthought if it's thought of at all.

Now, even the DUP's own voters are growing increasingly restive as the prospect of a disastrous crash out concentrates their minds. DUP voters have said repeatedly they do not want a hard border, but that is what they are looking at.

They have also said, loudly and repeatedly, that they do not want to lose the agricultural subsidies that account for 87 percent of all farm incomes in Northern Ireland. Well, good luck with that.

What these DUP voters fail to acknowledge is that the most ardent Brexiteers actually want a no-deal Brexit. They have demonstrated they care nothing about the North or its peace process and they are simply using it as a means to crash out.

That makes the North a thorn, a roadblock, an opportunity, or a “precious” artifact. Take your pick, as needed. It is at best a distraction and at worst a barrier to their more perfect Brexit.

They will certainly call it Ireland's fault when the time comes, when in fact Ireland warned them of the foreseeable consequences before the vote was taken. Their cynicism is so complete it needs no comment.

Asked whether “the unraveling of the peace process in Northern Ireland” is a “price worth paying” for Brexit, fully 83% of leave voters and 73% of Conservative voters agree that it is. The message is as clear as it is cruel, they don't care if the war reignites.

Asked whether the surrender of the “precious union” with the North is “a price worth paying” for an orderly Brexit, I bet leave voters and Conservative voters will come to a similar conclusion. And all the Brass Neck in the world won't change where this debate – now it's out of the bag – is heading.

The Republic needs to reach out to moderate unionists now, asking them if they want to join one of the most dynamic and progressive nations in the EU, or step aboard the DUP's leaky ship setting sail from Belfast to destinations unknown.