“The Irish really should know their place,” says British politician 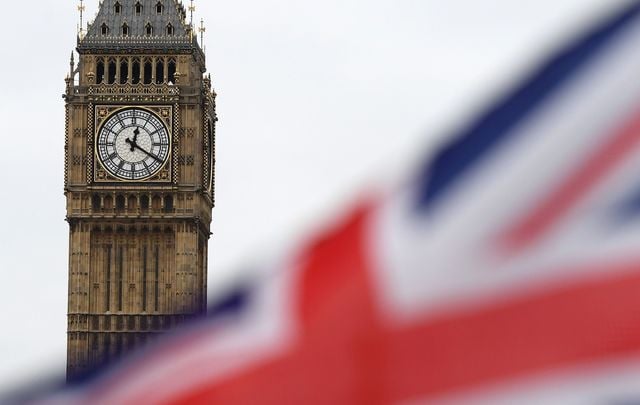 Some British politicians frustrated with Irish during Brexit Getty

Some British politicians have grown resentful of Ireland exercising its power throughout Brexit talks, says the BBC.

Nicholas Watt, a political editor for the BBC, reports on a recent encounter he had with a conservative British politician.

“A Tory grandee recently sidled up to me to express grave reservations about the Brexit process," writes Watt.

Watt says the British politician said: "We simply cannot allow the Irish to treat us like this."

"This simply cannot stand," the politician continued. "The Irish really should know their place."

Watt did not name the politician but did say it was an MP from the Conservative party.

On Monday, British Prime Minister Theresa May postponed a vote in the British parliament on a proposed Brexit deal. Watt attributes the postponement to the Northern Irish backstop, which he calls “the single most troublesome element of the deal.”

The deal that May postponed a vote upon indicated that "Britain would remain largely within the European Union’s customs and trade system for the next two years while a long-term pact is negotiated."

For Brexit supporters, this deal is too vague.

Watt writes: “And that is what alarms so many Tories: after centuries of troubled Anglo-Irish relations it is the smaller of the two islands which appears to be exercising greater power for the first time.”

After May postponed the vote, Guy Verhofstadt, the European Parliament's Brexit Coordinator, tweeted that they would not let Ireland down:

#Brexit has become a mess. A vote delayed. Mrs May returning to Brussels. My two messages: we'll never let down Ireland; it’s out of the question to renegotiate the backstop & if you are looking for a closer future relationship to avoid the backstop, this will be no problem w/ us

The day after the postponement, May was in both The Hague and Brussels to meet with EU leaders in hopes of finding a solution to the issue. She will arrive in Dublin on Wednesday for a meeting with Taoiseach Leo Varadkar and his cabinet.

Following the vote’s postponement on Monday, Ireland’s Foreign Minister Simon Coveney said: "The deal is the deal. It's taken two years to put together. It's a fair deal for both sides."

Similarly, the Taoiseach said the deal that was set to be voted upon in Parliament was “the only agreement.”

Taoiseach: "The Withdrawal Agreement, including the Irish backstop, is the only agreement on the table." | https://t.co/nwpBAGYgWV pic.twitter.com/d7NVfjhFnM

“We’ve already offered a lot of concessions along the way,” added the Taoiseach.