Following more Brexit meetings in Brussels, the EU remains steadfast in their commitment to Ireland. 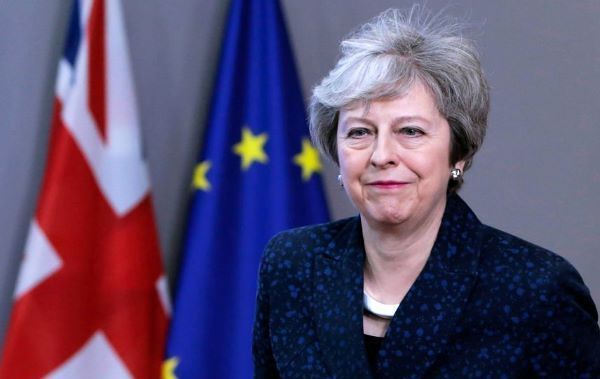 UK Prime Minister Theresa May in Brussels on February 7 Getty

50 days until Brexit and no deal is in place

Brexit is just 50 days away and UK Prime Minister Theresa May is today in Brussels hoping to find a way around the backstop impasse.

As it stands, there is no plan in action to dictate the United Kingdom’s leaving of the European Union on March 29.

The issue of the backstop, the mechanism to ensure no customs or border is introduced on the island of Ireland, remains the main sticking point in Brexit negotiations.

Last week, the Withdrawal Agreement agreed upon by the EU was voted down in the UK Parliament. British politicians are looking for "alternative arrangements" to the backstop, fearing that in its present form it will leave too vague of a relationship between the UK and EU.

Now, PM May is facing a dwindling deadline to get a Brexit deal in place. After meetings at Stormont in Belfast on Wednesday, May was in Brussels on Thursday for discussions with EU President Donald Tusk among others.

On Wednesday, after meeting with Ireland's Taoiseach, European Union President Donald Tusk said: “The top priority for us remains the issue of the border on the island of Ireland and the guarantee to maintain the peace process and the Good Friday Agreement.”

Following talks with the UK Prime Minister on Thursday afternoon,  Tusk tweeted that there was still no Brexit breakthrough:

Meeting PM @theresa_may on how to overcome impasse on #brexit. Still no breakthrough in sight. Talks will continue. pic.twitter.com/vn2CVybc1j

Sources told Bloomberg that during her meetings on Thursday, Prime Minister May repeatedly asked for a time limit to be placed upon the backstop as a way to break the impasse. EU officials, however, are reportedly not open to that idea.

Theresa May tweeted on Thursday afternoon that she is “going to deliver Brexit.”

“My work is to deliver Brexit and to deliver it on time and I’m going to be negotiating that in the coming days,’’ May said after her meetings.

“I’ve had a good series of meetings today. We’ve had robust discussions but they’ve been constructive.’’

“Taking back changes to the backstop, together with the other work we’re doing on workers’ rights and other issues, will deliver a stable majority in Parliament, and that’s what I’ll continue to work for,’’ she said.

On Friday, May is set to travel to Dublin to meet with Taoiseach Leo Varadkar.