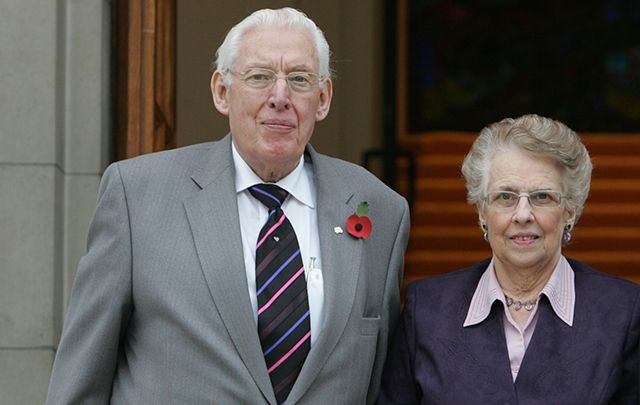 Baroness Paisley, a former politician and current vice president of the DUP, has expressed her dismay over the stalemate in restoring Northern Ireland's power-sharing government, which dissolved over a year ago.

In pointed remarks during a radio interview, she said that the current political turmoil in Northern Ireland would never have happened had the current leadership followed the example of her late husband and late Deputy First Minister of Northern Ireland Martin McGuinness.

"If you are a minister and someone in your department is wrong, the buck stops at your desk.

"You have got to do what is right and stand down from your position until the matter is sorted out.

"If that had been done at the beginning, there would have been a very different situation than the one we are in at the minute. We would not be in the mess we are in."

Paisley also said that if the current leaders “had followed the example that the late Martin McGuinness and my husband set for them, this would not have happened.”

The Northern Ireland government collapsed in January 2017 over a renewable heating scandal. DUP leader Arlene Foster had been in charge of the department that oversaw the plan in question but did not stand down while an investigation was carried out.

Since then, negotiations have stalled, most recently over the Irish Language Act.