Paddy bashing back in fashion in London over Brexit woes

Hell, hath no wrath like an Englishman scorned over Brexit and the Irish are again being blamed for all of Britain's Brexit woes. 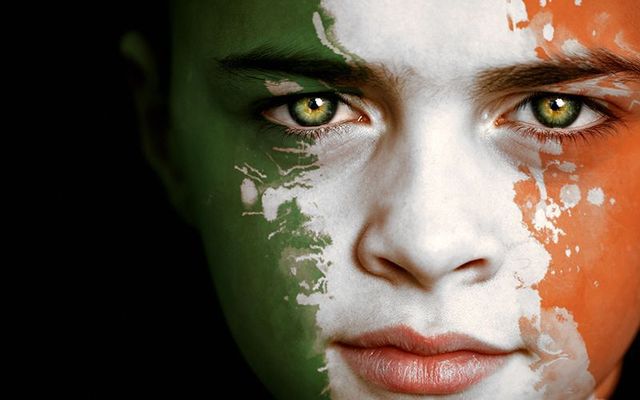 Paddy bashing is back with a bag as Brexit fails to fly. Getty

Hell, hath no wrath like an Englishman scorned over Brexit and the Irish are again being blamed for all of Britain's Brexit woes.

Paddy bashing is back again at the top of the British political agenda as the United Kingdom's looming Brexit exit nears and two years of negotiations have failed to agree on a viable alternative trade deal.

In the UK tabloid press and on the BBC Ireland's “naive young Prime Minister” has been told to “shut his gob” and give up on his “rookie diplomacy” and capitulate to London's Brexit demands.

“We all know who is in control of Leo Varadkar's puppet strings,” barks the right-wing tabloid The Sun, inferring that every Irish politician is not more than a front for the EU's Brussels-based Commission.

UK Prime Minister Theresa May has vowed to return again to Brussels to unpick the deal over the Irish border that she has already agreed to and force an Irish surrender over a new Brexit border between the Republic and Northern Ireland.

In a real sneer, former UKIP leader Nigel Farage told RTÉ that “Ireland would ultimately leave the EU” and that all the Irish opinion polls showing support for Europe running at 88% of the electorate were “completely meaningless.”

“The Irish should really know their place,” one unnamed Tory MP was quoted on the BBC. In recent interviews, other Irish politicians like Fine Gael Senator Neale Richmond after being wrongly introduced as a member of the Dáil (Ireland’s Parliament) have then been harangued for failing to capitulate to Westminster rule.

“Is it really your position to say, 'No change, forget it, nada,'” said the BBC radio host Nick Robinson, apparently awestruck that an Irish political figure could dare to disagree with the British position on Brexit.

One former Tory Cabinet Minister Priti Patel even suggested Britain should starve the Irish into submission by threatening to cut off food supplies to Ireland, which transit through the UK, to force Dublin to agree to Downing Streets' Brexit terms.

Unless the UK comes to deal with the EU in the next six weeks Britain will crash out of the European Union on March 29 with potentially catastrophic economic consequences. Ports, both Irish and English, will seize up with newly mandated customs checks. Food and medicine will be in short supply and both the pound sterling and business confidence will fall through the floor. There is even talk of martial law.

But in another surreal week in UK politics the British House of Commons is focusing instead on blaming the Irish over the so-called backstop agreement over the Irish border.

At the heart of this arcane dispute are the backstop clauses in a proposed EU UK Withdrawal Agreement that guarantees there will be no return to a hard border on the island of Ireland; no customs posts, no armed patrols, no anything that resembles the hardware of the former Troubles when parts of the border resembled a war zone.

And in order for that to happen both the UK and the EU have already agreed that the tariff regime on goods between Northern Ireland and the Republic will remain the same as the EU if two years of further trade talks fail to agree on a solution. Both the EU and the Irish government contend that the backstop is an insurance policy that would only come into effect if those further talks fail.

But the Conservative Party's hardline Brexiteers see the backstop as a trap that will forever maroon them inside the EU Customs Union and prevent them breaking free to forge new trade deals.

Two weeks ago, British Prime Minister May's proposed EU withdrawal deal was heavily defeated in the House of Commons and now her Brexiteer MPs want her to unpick the deal and get Brussels and the Irish drop any backstop agreement clauses.

When Ireland's impressive Foreign Minister Simon Coveney states for the twentieth time that the European Parliament will not ratify any UK withdrawal deal without the backstop agreement and there will be no more renegotiation the Brexiteers simply do not listen. 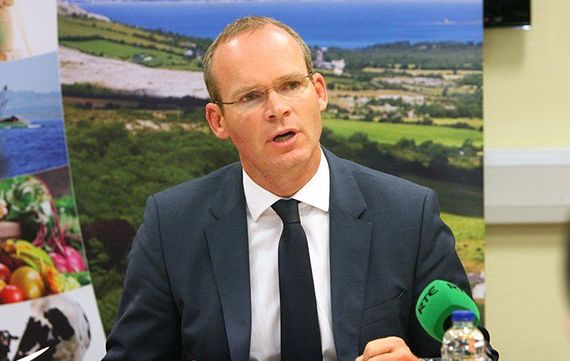 In a week when the UK's only major aircraft manufacturer Airbus said that it would pull out of a post-Brexit Britain, with the loss of 14,000 jobs, and every UK supermarket chain warned of imminent food shortages after March 29, you would think that are more pressing political issues to address. But Brexit continues to dominate the entire UK political agenda.

At its core, Brexit is an internal Conservative Party civil war over competing visions of both Britain's past and future. The Brexiteers nostalgically see the UK, now no more than a middling-sized European power, as some sort of imperial fortress reborn that freed from European entanglement will forge ahead.

In a throwback, to the anti-Irish racism of the 19th century, these Brexiteers seem genuinely confounded that the Irish are no longer compelled to do the bidding of England and even have the cheek to answer back.

The Democratic Unionist Party, with ten MPs, who prop up Theresa May's Government, have also made it clear that they will not support any withdrawal deal that includes the current backstop and so compounds any hope of political compromise over the Irish border.

Like the row in the States over the border wall and the government shut down, hardline Brexiteers in the UK appear willing to commit economic suicide in the short term with a crash out Brexit rather than come to a tentative agreement about the outcome of talks about talks in the distant future.

Former UK Prime Minister Tony Blair blamed the entire Brexit mess on the Conservatives and denounced the economic future Britain now faces as a choice between the 'painful and the pointless.'

Few in Europe, and in Ireland, are likely to disagree with him.

* Kevin Toolis is the author of “My Father's Wake: How the Irish Teach Us to Live, Love, and Die.”