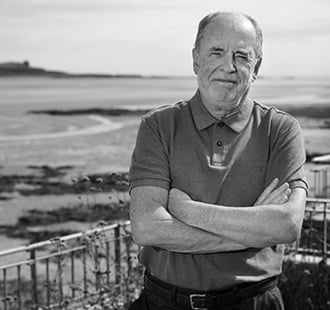 John is a veteran Dublin journalist who has worked in senior editorial positions in national newspapers in Ireland for 40 years. He has been writing his weekly Ireland Calling column for the Irish Voice newspaper in New York since its foundation. The column now also appears on IrishCentral.

A graduate in Economics and Politics from Trinity College Dublin, John started his career in the early 1970s in the Irish Press, where he worked in News and Features and was Assistant Editor of the paper for over ten years.  He joined the Irish Independent group in 1987 and worked in News and News Analysis and as an editorial writer. He also worked as Features Editor and Supplements Editor, developing new sections for the paper like the Weekend magazine and starting the educational supplements which are now a regular part of Irish newspapers.

Now semi-retired, in recent years he has been Literary Editor of the Irish Independent. When his now adult children ask him why he doesn't write books he points out that his weekly Irish Voice column has been running for 29 years and that adds up to a small library!

Is the end near for Fianna Fáil?

The Covid vaccine saved my life, Ireland has turned a corner

Opinion: Dublin after dark getting worse