Opinion: Dublin after dark getting worse

Dublin city center after dark is turning into a place that can be uncomfortable, scary, even dangerous, no matter what the stats say. 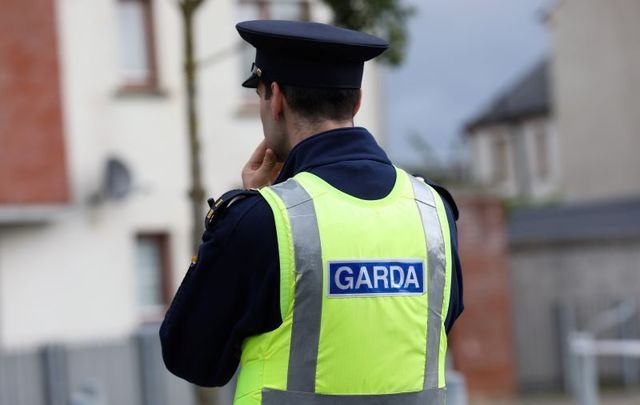 August 11, 2021: Gardai at the scene of a fatal stabbing of a man at Mac Uilliam Road, Tallaght in Dublin. RollingNews.ie

The bloody picture of Jack Woolley, who represented Ireland in taekwondo at the Olympic Games in Tokyo, and was the victim of a vicious random attack back in Dublin just over a week ago, shocked everyone here. It kicked off another round of debate about just how safe Dublin city is after dark.

The general consensus was that if it could happen to him then no one is safe. Given his sport, Woolley is a fit young man. And if he is good enough at taekwondo to make Ireland's Olympic team, one would think he could look after himself.

But neither attribute gave him any protection, given that what happened came completely out of the blue.

He was out for the evening in Dublin city center with two friends, his first night out since he got back from Tokyo. It was Friday night, the weekend before last, half an hour after midnight, and town was buzzing.

Woolley and his friends had had a meal, followed by a couple of drinks in a bar, and were ambling along the Liffey Boardwalk when the attack happened as they reached Capel Street Bridge.

Out of nowhere, Woolley and his friends were suddenly assaulted by a group of about a dozen young adults who had started a running, random attack on people on the boardwalk. He was punched viciously and without warning.

The impact was so severe it almost severed his top lip. Within a minute he was covered in blood and had what he described as "a hole in my face."

His attacker said "sorry, wrong person" before running on with the group to attack other people in a rolling fracas that continued for a couple of minutes. Woolley and several other people ended up in hospital.

At the time of writing, gardai are still trying to find those responsible. The group is thought to have been part of a hundred people or more who were on the street at the time as bars and restaurants in Capel Street and along the river emptied. There is a lot of CCTV but so far no identification of the members of this group.

Interviewed on radio last week, Woolley described what had happened as "a freak accident."  His horrific injury had been caused by "literally one punch," he said. He was clearly trying to keep the incident in proportion, even if he was not minimizing the damage done to him.

But commentators in the media and the general public were far less calm about the incident. They were absolutely outraged. It was yet another example of the reality that the city center had become a dangerous no-go area at night and was almost as bad during the day, they said.

The Liffey Boardwalk is notorious at this stage, a hangout for drug users, beggars, and rough sleepers who commandeer its benches by day and harass passing tourists. Many locals avoid it during the day and are very wary of walking along it at night.

Given its reputation, why were there no gardai on patrol there on the night Woolley was attacked?  That section of the Liffey (opposite Temple Bar) and around Capel Street is extremely busy especially after midnight as the bars start to close.  Yet once again, there appeared to be no police presence on the ground at the time.

The truth is that the gardai are overwhelmed by the extent of the problem they face in Dublin city center, especially after dark and at weekends. Gangs of feral youths and young adults roam about looking for amusement, which usually means anti-social behavior and violence directed at anyone who gets in their way. Often they don't even need an excuse, they just attack people for no reason, as happened to Jack Woolley.

One paper here following up on this story interviewed a couple of young gardai who said they were close to burnout thanks to their experiences in the city center. Too often it is the youngest gardai, the new recruits, who get sent out in pairs on these patrols.

Frequently faced with violence and outnumbered, they rely on getting support from mobile response units when things get nasty. But too often this support takes too long to arrive.

The official response last week to both the Woolley incident and the problem, in general, is that the media was getting it out of proportion and that the statistics show that Dublin is still a comparatively safe city. Knife attacks, for example, are proportionately much lower in Dublin than they are in London and other cities in the U.K.  Public order offences, muggings, and assaults in Dublin city center are down this year, not up.

No doubt this is true. But do the stats tell the full story?

Thanks to Covid, there have been no tourists around to target and fewer people in general on the streets. Even so, crime last year remained high.

Now with the lockdowns over and normality returning there are a lot of young people around who come into the city center from the poorer suburbs determined to blow off steam and make up for lost time.

Our problem is that too many of them have little sense of responsibility and a high sense of entitlement. They don't do limitations, whether it's alcohol, drugs, or anything else.  If the state does not provide, they take.

A night that ends up in mayhem is a laugh. And they have no fear of the police or the courts.

One of the experts on the media last week discussing the Woolley assault was the City Council's chief executive Owen Keegan.  He made the point that although the stats show that Dublin still is a relatively safe city, a lot of people here do not feel this. One of the reasons he identified for this was the shambolic appearance of parts of the city center.

This is something that many people here would agree with. Not just the Liffey Boardwalk, but O'Connell Street, Moore Street, Temple Bar, and many city center side streets and alleys too often look like the Third World, with druggies, beggars, litter, and dirt, in addition to the marauding gangs out of their heads and looking for diversion.

Adding to this impression of "edginess," he said, was the number of homeless people sleeping in tents in the city center, often in doorways in the main shopping streets like Henry Street and Grafton Street.

Keegan has said this kind of thing before and once again, as in the past, it provoked outrage from the left and those working with the homeless. He was accused of lacking human compassion for the most vulnerable. But is he wrong?

The fact is that there are around 150 beds available in homeless shelters in Dublin on an average night. Apart from the warm beds, the shelters have bathroom facilities, showers, spare clothes, meals, security staff, and trained support staff to help with the "complex needs" of homeless people with issues. So there is no reason why anyone should sleep in a cold, damp tent on a city street, Keegan said.

This view does not go down well with the dozens of homeless charities in Dublin that have turned homelessness into an industry. They each have an office and full-time staff, and apart from public donations, they get well over €100 million a year in state funds between them.  They employ several hundred people, even though the latest figures from the Dublin Region Homeless Executive show that 125 people were sleeping rough in the city in April this year.

So it's not misleading to refer to this as a self-perpetuating "industry" run by people who mean well. They are not solving the problem because they do not challenge the lifestyle of the rough sleepers in any way.

Instead, they concentrate on being "supportive," providing food, clothing, blankets, etc. to the tent dwellers, and since tents are cheap the majority of rough sleepers in the city center now have them.

Keegan put this bluntly last week, saying that “well-intended” homeless volunteers were sustaining people sleeping in tents on the streets of the capital.. The sight of these tents and the detritus that surrounds them in the city center at night gives a feeling of a lack of safety, of "edginess" as Keegan said.

All of this contributes to a breakdown in civilized behavior.  It makes Dublin city center after dark a place where -- no matter what the stats say -- it can be uncomfortable, scary, even dangerous.