Irish Olympian attacked and beaten by mob in Dublin

Jack Woolley, 22, who became the first athlete to represent Ireland in taekwondo at the Tokyo Games earlier this year, said that he was "sucker-punched" while out in Dublin City Center on Friday night and left needing stitches and plastic surgery. 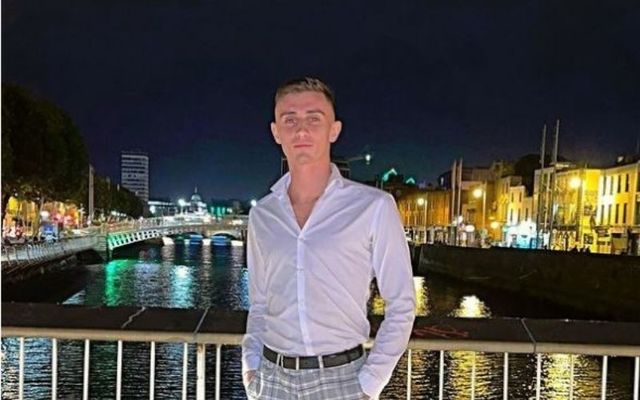 Irish Olympian Jack Woolley was hospitalized on Friday night after he was physically assaulted in Dublin City by a gang of men and women in their early 20s.

Woolley, 22, who became the first athlete to represent Ireland in taekwondo at the Tokyo Games earlier this year, said that he was "sucker-punched" while out in Dublin City Center on Friday night.

Woolley posted an image of himself covered in blood on Instagram following the assault and said that he required several temporary stitches on his upper lip. He said that he would also require some plastic surgery.

The 22-year-old Olympian said that he had been out for a meal with his friend and that he was walking along a boardwalk on the River Liffey when "a gang of roughly 8-12 men and women in their 20s began violently attacking people along the boardwalk".

"Unfortunately I was victim to these random attacks as I was just walking by, before I was punched in the face by one of these group members," Woolley wrote on Instagram.

Woolley said that he was punched in the group once and that the group ran off when they realized he was the "wrong person".

"Luckily I was able to phone an ambulance and stay conscious. My friends helped me throughout... and I’m glad to say they both are well and safe."

Woolley was taken to St. James' Hospital after the incident on Grattan Bridge.

"This horrific and unprovoked attack on Jack Woolley is both sickening and deeply concerning. It's hard to believe that barely two weeks ago we were all wishing Jack well as he was Ireland’s first-ever competitor in Taekwondo at an Olympic Games, and now this terrible attack has happened," Lahart told RTÉ.

"I am calling on senior garda figures to take a serious look at the current levels of garda personnel available to police our streets in the wake of this attack."

Meanwhile, Irish Olympic gold medallist Kellie Harrington said that she was "heartbroken" over the incident.

"Oh my god, I'm so angry reading this," Harrington said in response to Woolley's Instagram post. "I am absolutely heart broken for you I am so so saddened for you. Jeez if I could give you the biggest hug right now I would."